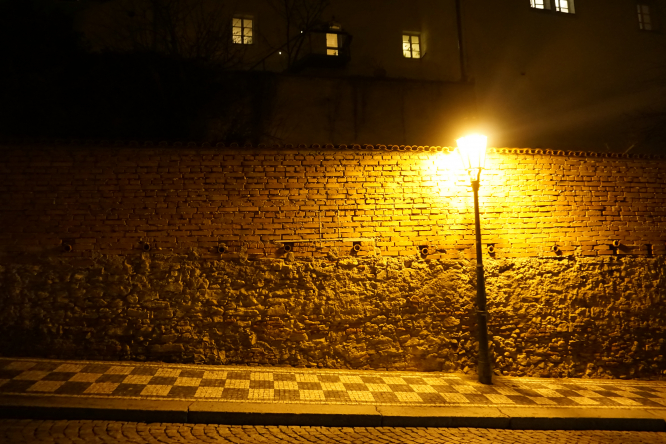 Why some French cities turn off their streetlights at night

During the Covid closures and curfews in France, some communes have decided to turn off their streetlights at night, both to encourage people to respect movement restrictions and also to save money and energy. energy.

Read more: Streetlights in the French city are lit by the mobile phones of the inhabitants

Although the Covid rules are now almost completely lifted, some municipalities have decided to maintain this measure to help their local budget, and some had already turned off their streetlights long before the pandemic.

In its latest report, the Environment and Energy Management Agency (Ademe) estimates that 41% of local authority electricity expenditure is related to public lighting.

These bills increased by 25% in 2011 with the Nome law (New organization of the electricity market) which opened up the supplier market to competition.

“We had to save money somewhere, so we had to cut our 7,800 streetlights the following year,” Dominique Fouchier, mayor of Tournefeuille (Haute-Garonne), told franceinfo.

Spending will no doubt have increased recently amid soaring energy and fuel prices of the year so far.

Energy prices had already increased between 2005 and 2017, from 7.7 to 15 cents per kilowatt hour (kWh), according to figures from Ademe. This fact alone has prompted some municipalities to turn off their streetlights even before the energy consumption records observed this year.

“Since the decision we made in 2015 [to switch the lights off]the municipality saves nearly €163,727 per year”, specifies Martine Berry-Sevennes, deputy mayor in charge of ecological transition in Colomiers (Haute-Garonne).

Light pollution from streetlights can affect the circadian rhythm of humans, but can also have a big impact on nocturnal wildlife.

Many insects, for example, are attracted to light and the presence of streetlights disrupts their natural movements.

It can also disrupt the migratory movements of birds, which normally locate themselves using the stars above their heads. Turning off streetlights in a city can reduce the glow coming from that area, creating a corridor of darkness for birds.

“We have to relight the stars”, to protect biodiversity, Agnès Langevine, vice-president in charge of climate change policies for the Occitanie region, told franceinfo.

It is for this reason that Toulouse has decided to turn off the lights surrounding the city’s monuments at 01:00 in the morning “to allow the nightlife to take place”.

“The advantage of [light] pollution is that it is totally reversible,” explains Bruno Lafitte from Ademe. The extinction of streetlights has an immediate and positive impact on biodiversity.

Reducing light pollution can also make way for a new source of income from astrotourism. In Occitania, for example, “there are many astronomers who come [the commune of Sauliac-sur-Célé] look at the sky” since the streetlights were turned off, said the village mayor, Daniel Bancel.

In France, there are four international stargazing reserves, where the night sky is considered “of exceptional quality”.

Save energy with LED lamps

One way cities could save money and energy while lighting their streets would be to update their lamps.

In 2017, 57% of streetlights used sodium vapor lamps, reports Ademe. However, LED bulbs, which represent only 20% of public lighting, are both more efficient in lighting a space and more energy efficient, so much so that communities are now increasingly opting for this technology.

Observe the distribution of public lighting

There are nearly 11 million streetlights in France, or one for every six inhabitants.

It is difficult to map the municipalities that have chosen to turn off their streetlights because there is no national database recording the decisions.

However, Jennifer Amsallem from the National Research Institute for Agriculture, Food and the Environment (Inrae) said: “We are currently working on a public lighting board, where each municipality can tell us how they have as many lamps as they use, if they wish.

Two organizations – TeleScop and DarkSkyLab – have created graphs reflecting estimates of the level of light pollution in Occitania in 2019.

Data collected by DarkSkyLab showed that 520 of the region’s 4,516 municipalities chose to turn off their streetlights after midnight.

Smart streetlights tested in Lyon only light up if someone passes

Lights out for French businesses every night