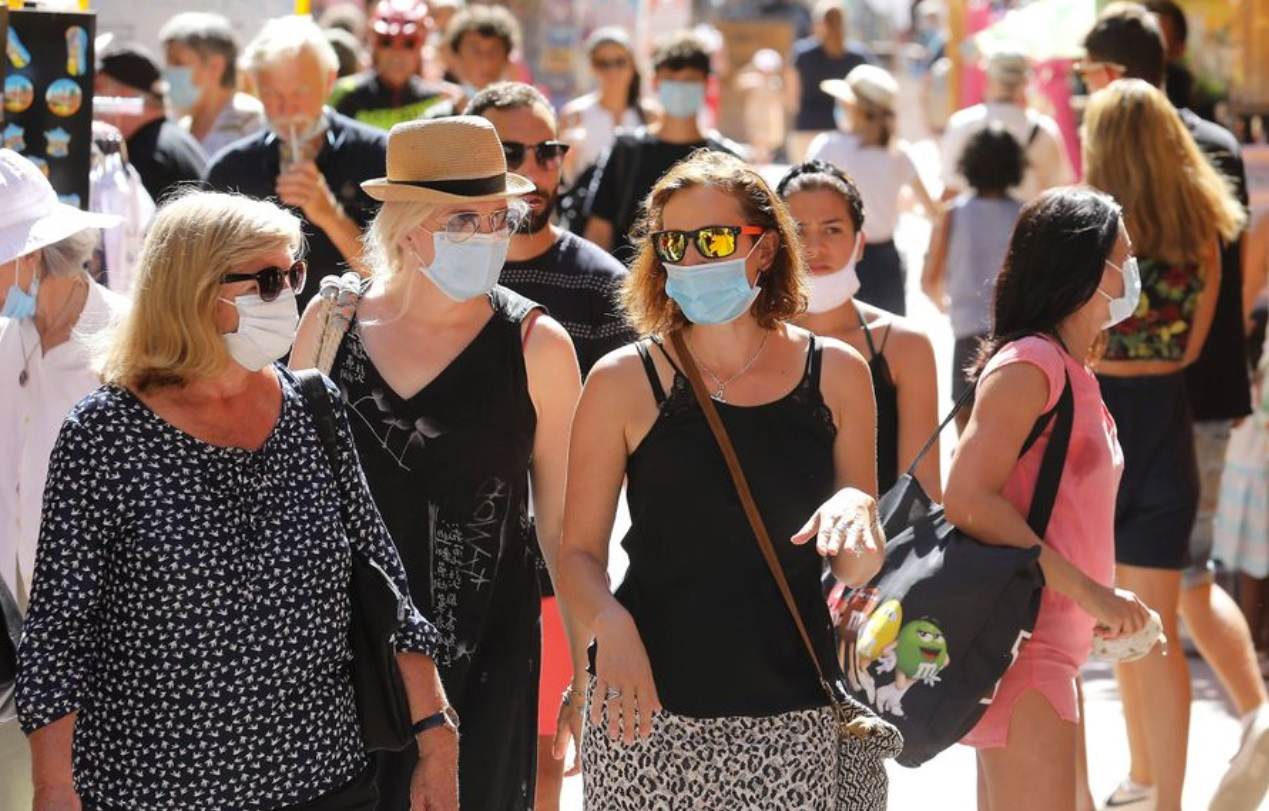 The increase in cases in France has been widely reported, with masks becoming mandatory in public places in thousands of cities. Countries, including the United Kingdom and Belgium, have advised against all but essential travel to and from France and have imposed a quarantine on arrivals from France.

In its last update (Sunday August 16), Public Health France (SPF) reported 3,015 new cases in the previous 24 hours, slightly fewer than the previous 24 (3,310 on Saturday August 15). Previously, the threshold of 3,000 cases had not been crossed since May

Still, the number of patients in intensive care has remained stable at 376, and only one hospital death has been reported in the past 24 hours.

He said: â€œThe answer is simple. The people most at risk [to infection] right now are young people. Since the start of the epidemic, we know that young people are less prone to severe forms of Covid-19, and are therefore not hospitalized at the same levels. “

Health Minister Oliver VÃ©ran appeared to corroborate this claim in an interview with France 2 television on August 12. The elderly continue to protect themselves.

An examination of the figures of the SPF also confirms this explanation.

This is not simply due to an increase in testing (+ 41%). This shows that the number of cases is indeed increasing more among young people.

Although the number of hospitalizations has not kept up with the increase in positive cases, the number is still on the rise and “not insignificant,” said Dr CrÃ©pey.

Even among young people, while only 8% of hospital admissions were to people aged 40 or younger in May and June, that figure has now risen to 18% since July.

The number of intensive care admissions has also increased over the past month, from 73 from June 29 to July 5 to 122 from August 3 to 9.

And while the level of incidence is rising particularly rapidly among young people, it continues to rise in all age groups (up 43% among those 75 and over from August 3-9).

Dr CrÃ©pey said that because of this, it was always extremely important to take precautions, even among young people – and that young people were not immune from the spread.

He said: â€œWe cannot hermetically seal an age group of the population. We have many reasons to believe that people who know they are at risk take more precautions than others. You rarely see older people going out to party in nightclubs and bars.

And while Dr Crepey said many older people have also stayed away from the workplace, which is also a high-risk area, they could still be threatened by family members who are not so careful.

He said: “[Older people] are always at risk of contamination between families. It will take longer, but if there is a rebound in the epidemic and it is not brought under control, regardless of the age of those affected, the virus will start to spread again. “

Indeed, last week (August 12), Prime Minister Jean Castex described the situation as “worrying”, declared that it was evolving in the “wrong direction”, and called for more “vigilance, discipline” and wearing a mask.

Overall, however, the public in France appears to be more concerned about the health risks of Covid-19 than the economic problems caused by the crisis.

A representative national survey of 1,003 people carried out by Ifop (online from August 13 to 14) to newspaper Sunday Newspaper showed that 53% worried about health risks, compared to 29% worried about economic concerns.

In addition to Dr CrÃ©pey’s warnings, another epidemiologist, Dr Antoine Flahault, of the University of Geneva in Switzerland, tweeted about the “paradox” of young people with the virus apparently not infecting the elderly as much as it does. might be expected.

1/6 – What now? No epidemiologist understands the paradox of the current resumption in Europe of the epidemic of # COVID-19[FEMALE[FEMININE in the – Antoine FLAHAULT (@FLAHAULT) Aug 15, 2020

He said: “No epidemiologist understands this very well”, but warned of the importance of “limiting the spread among young people and its spread to the elderly”, or the situation could “become a tragedy that no one else. wants to relive “.

He particularly warned of the risk of transmission during multigenerational family events, such as family celebrations, weddings, cruise ship vacations and funerals. He said people should continue to self-isolate if necessary and recommended that localized lockdowns be put in place in “non-controlled” areas.

Why coronavirus cases in France are increasing