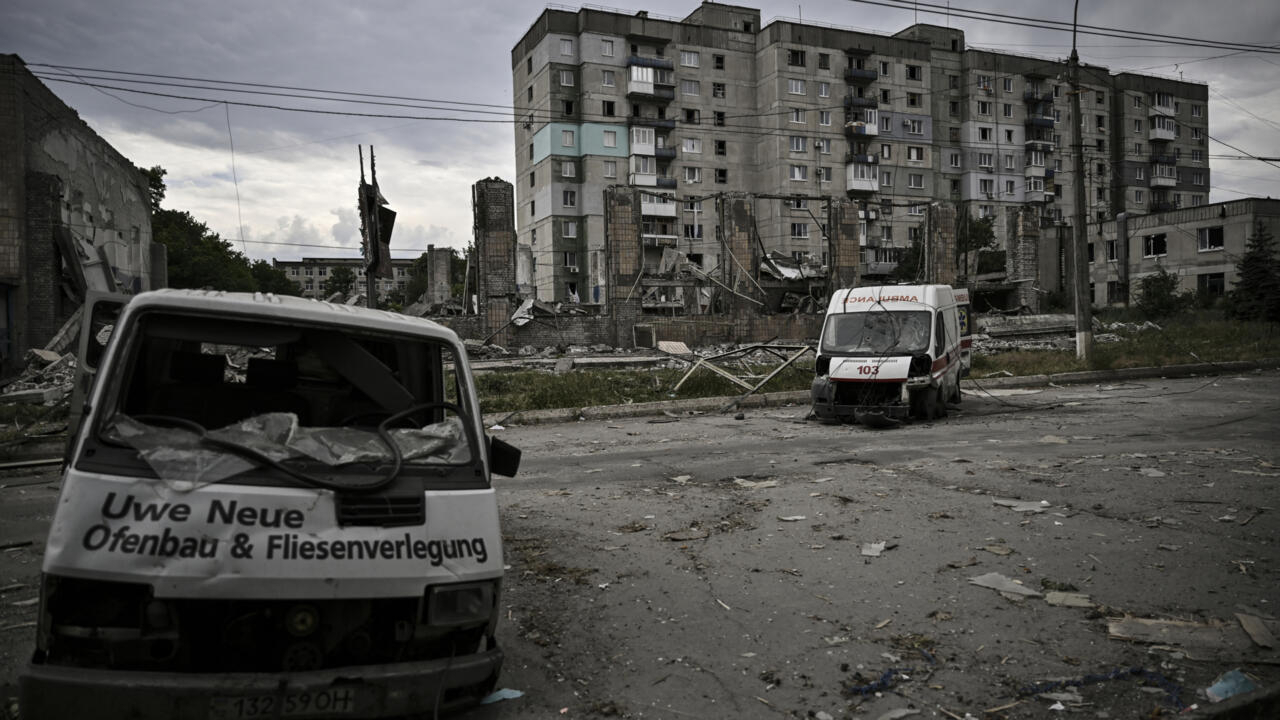 ‘We are preparing for the worst,’ says governor of Ukraine’s frontline region

Lysychansk (Ukraine) (AFP) – The governor of the eastern region of Ukraine currently in heavy fighting with Russia, Sergiy Gaiday, opened the pockets of his bulletproof jacket on Saturday to show pistol cartridges and a tourniquet.

Appointed by President Volodymyr Zelensky, the 46-year-old leads the Lugansk region, including the city of Severodonetsk, where Russians are fighting in the streets, and Lysychansk, where artillery fire is near-constant.

“It’s a difficult situation, in the city (of Lysychansk) and in the whole region,” he told AFP in an interview, because the Russians “are just shelling our troop positions 24 hours over 24”.

In Lysychansk, there are signs of preparations for street fighting: soldiers are digging, installing barbed wire and police are placing burned vehicles on the roads to slow traffic.

“There is an expression: prepare for the worst and the best will come by itself,” Gaiday said. “Of course we have to prepare.”

“Theoretically, it’s possible. It’s a war, anything can happen,” he said.

“It might turn out that they cut off the area and we will end up really surrounded. Maybe there will be fighting even in Lysychansk – this is war.”

From Lysychansk, Ukrainian artillery fires at Severodonetsk, where smoke billows from the Azot plant and Russian troops return shells and rockets.

“Look how long Severodonetsk held out: you can see that they (the Russians) don’t completely control the city…they can’t go any further and they can’t put their big guns or their tanks there,” said the governor. said.

He called for supplies of “long-range weapons to arrive as soon as possible”.

“The fact that the West is helping us is good, but it’s (too) late.”

The governor could still theoretically visit his hometown of Severodonetsk accompanied by military personnel, he said, “but it’s very risky.”

In fact “there are no safe places in the Lugansk region,” he said, as explosions sounded in the background.

His body armor was stuffed full of shell casings and he said he had a semi-automatic rifle in his car “and if I need it I’ll fight”.

Gaiday was born in Severodonetsk and named by Zelensky after his election in 2019.

Of his current role as a wartime administrator, Gaiday said, “It’s tough, but I don’t let my emotions out.”

“It is painful for me to see how my hometown is destroyed,” he said, while watching those he knew die.

“It’s all painful, I’m a human being but I bury it deep inside of me,” he said, adding that his task was “to help people as much as possible.”

Conditions are difficult for the civilians remaining in Lysychansk, who have no mobile phone connection, running water or electricity. They cook over campfires and shelter in caves.

“We try to talk to people and persuade them to leave. Some refuse outright.”

There is a “small percentage” waiting for Moscow to build a “Russian world” in the region, he said.

Gaiday has a significant presence on social media, including Telegram and Facebook, giving regular updates on the war.

“You have to talk,” he said, saying it could thwart the powerful influence of Russia’s state propaganda machine.

He said he also wanted people in the conflict zone to “understand that I have not abandoned them, that I am there and with them.”

Referring to a potential war crimes tribunal, he also suggested his posts “might even be a small element when we try (Russian President Vladimir) Putin in The Hague.”