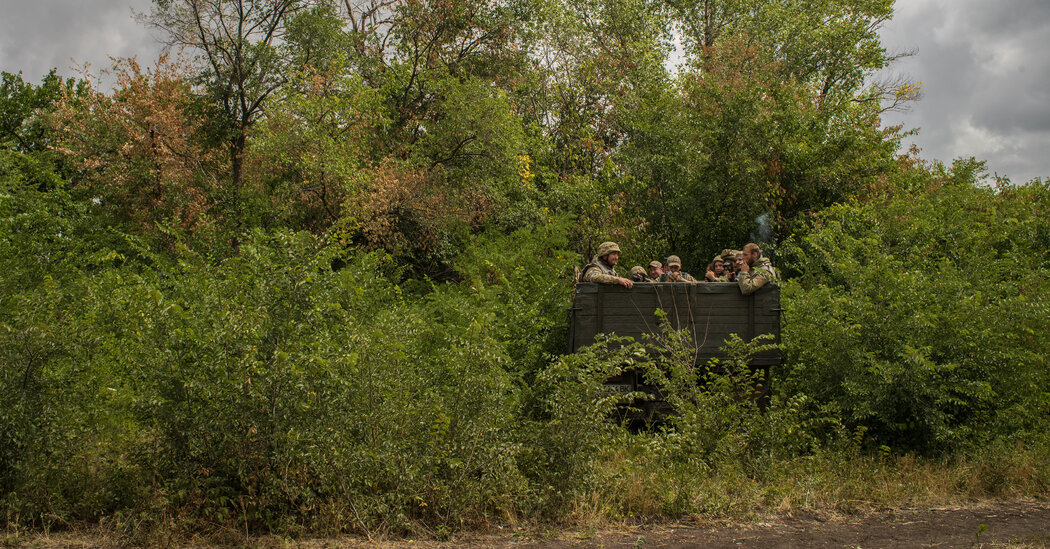 The Russian strikes on the Black Sea port of Odessa on Saturday, just hours after the grain deal it signed with Ukraine, is the clearest illustration of the complexity and fragility of the agreement between the two warring parties.

Here’s what to know about the deal and whether Russian attacks on Odessa will affect it.

How is the operation supposed to work?

Ukrainian captains will lead grain-laden ships out of the ports of Odessa, Yuzhne and Chornomorsk. A joint command center with Ukrainian, Russian, Turkish and United Nations officials will be set up in Istanbul to monitor the movements of the flotillas.

The ships will head to Turkish waters to be inspected by authorities, then deliver their cargo around the world, returning for another inspection before heading back to Ukraine. A key Russian demand was that returning ships not carry weapons to Ukraine.

The parties agreed that ships and port facilities used for their operations would be protected from hostilities.

Note: The arrow highlights the general direction of movement; it does not represent a

Note: The arrow highlights the general direction of movement; it does not represent a

What are the risks ?

No general ceasefire has been negotiated, so the ships will pass through a war zone. Attacks near the ships or in the ports they use – like those carried out by Russia on Saturday – have the potential to undo the deal.

Another risk would be a breach of trust or disagreement between inspectors and Joint Command officials.

The role of the United Nations and Turkey is to arbitrate such disagreements on the spot, and to monitor and enforce the agreement. The United Nations on Saturday condemned the strikes on Odessa, saying in a statement that full implementation of the grain deal was “imperative”.

Will missile strikes on Odessa wreck the deal?

Ukraine’s Agriculture Minister Mykola Solskyi said the strikes would affect Ukraine’s efforts to export grain, noting in a phone interview that “if you attack one port, you attack everything.”

Still, even if some of the destroyed infrastructure was “important for processing all imports”, Ukraine will proceed as if the grain deal was still in effect, Solskyi said.

Did the strikes violate the agreement?

We do not know yet. It was unclear what the strikes were targeting and whether any grain infrastructure had been affected.

Calling the attack “cynical”, Ukrainian President Volodymyr Zelensky said on Saturday: “It was also a blow to the political positions of Russia itself.”

But Russia has not promised to avoid attacking parts of Ukrainian ports not directly used for grain exports, according to a senior UN official. If there were military targets nearby, Russia might have tried to exploit a loophole.

Yet, even if the strikes did not violate the letter of the agreement, it seems clear that they went against the spirit of it.

“All parties have made clear commitments on the world stage to ensure the safe flow of Ukrainian grain and related products to world markets,” the United Nations said in a statement on Saturday.

What’s in the deal for Russia?

Russia is itself a major exporter of grains and fertilizers, and the agreement should facilitate the sale of these products on the world market.

The Kremlin has repeatedly claimed that its stockpiles cannot be exported due to sanctions imposed by the United States and the European Union. In fact, the measures do not target these goods, but private shipping companies, insurers, banks and other companies have been reluctant to help Russia export grain and fertilizers, fearing they will run into sanctions or that doing business with Russia harms their reputation. .

Why is Ukrainian grain stuck inside the country?

After Russia invaded Ukraine on February 24, it deployed warships along Ukraine’s Black Sea coast. Ukraine mined these waters to deter a Russian naval attack. This meant that ports used to export Ukrainian grain were blocked for commercial shipping.

Russia also stole grain stocks, mined grain fields so they could not be harvested, and destroyed grain storage facilities.

Croatia opens bridge around Bosnia to get to Dubrovnik