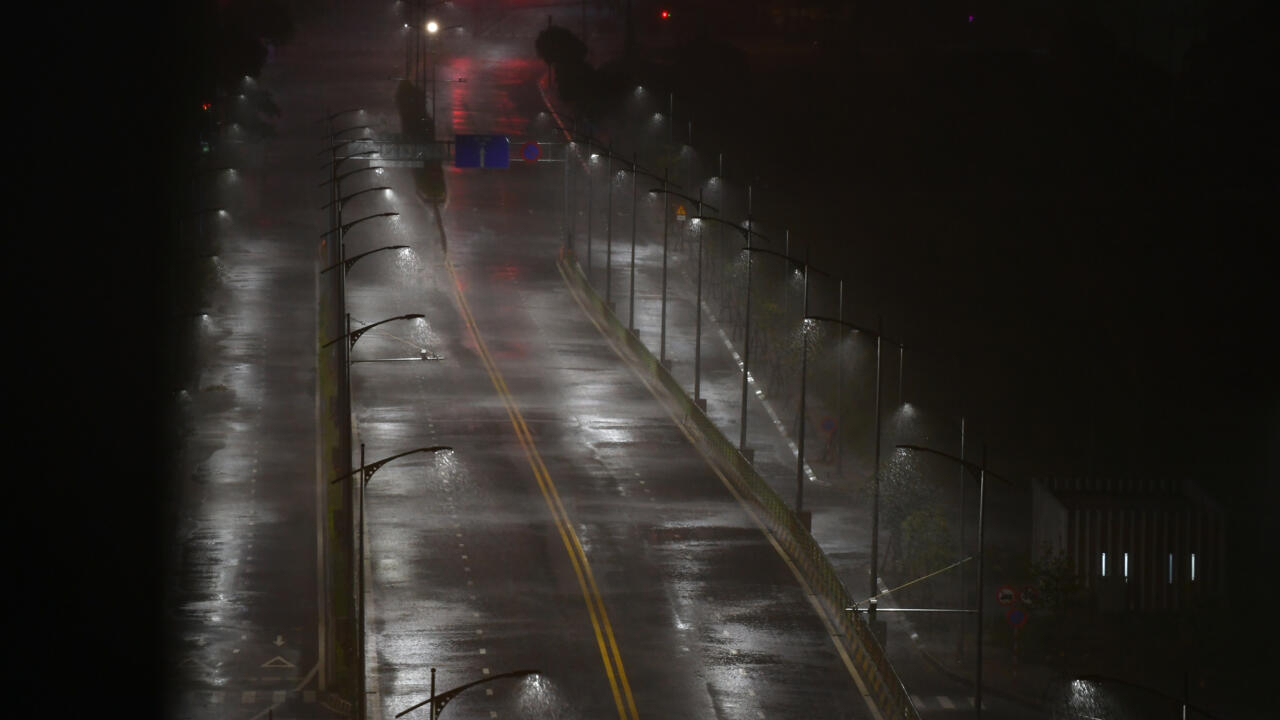 “The position of the typhoon center at 04:00 (2100 GMT Tuesday) on September 28 is between Danang and Quang Nam,” the National Hydrometeorological Prediction Center said, adding that the wind speed was between 103 and 117 kilometers (64 -72 miles). ) per hour.

More than 200,000 people in Vietnam had taken refuge in shelters overnight, after forecasters predicted the storm would be one of the biggest to hit the Southeast Asian nation.

Wind speeds were slower than initially feared, but forecasters said heavy rain would continue into the day and warned of landslides and severe flooding.

The Ministry of Defense has mobilized around 40,000 soldiers and 200,000 militiamen, equipped with armored vehicles and boats for rescue and relief operations, state media said.

Nearly half of Vietnam’s airports were closed, schools and offices in several central provinces – including Danang – were shuttered and residents rushed to secure their homes on Tuesday.

The central section of the highway linking Hanoi in the north to the Ho Chi Minh City shopping center in the south was also closed.

Authorities said Tuesday night they had evacuated nearly 260,000 people from their homes, including in the popular tourist town of Hoi An, where residents were taken to a primary school.

“I wanted to leave. My house is not very strong. I am afraid that its roof will be blown away by the typhoon,” Huynh Mua told AFP, holding a plastic bag full of clothes, a blanket and several packets of instant noodles.

Three hundred houses in the coastal province of Quang Tri saw their roofs collapse on Tuesday evening as winds began to pick up. In the nearby city of Hue, trees were felled. In Danang, all shops and hotels have been closed, while residents have been banned from going out on the streets.

Noru hit the island of Luzon in the Philippines on Sunday and Monday, toppling trees, knocking out power and flooding low-lying communities.

Five rescuers were killed after being sent to help flooded residents, while another man died after being hit by a landslide. Authorities estimate that around $2.4 million worth of crops were damaged.