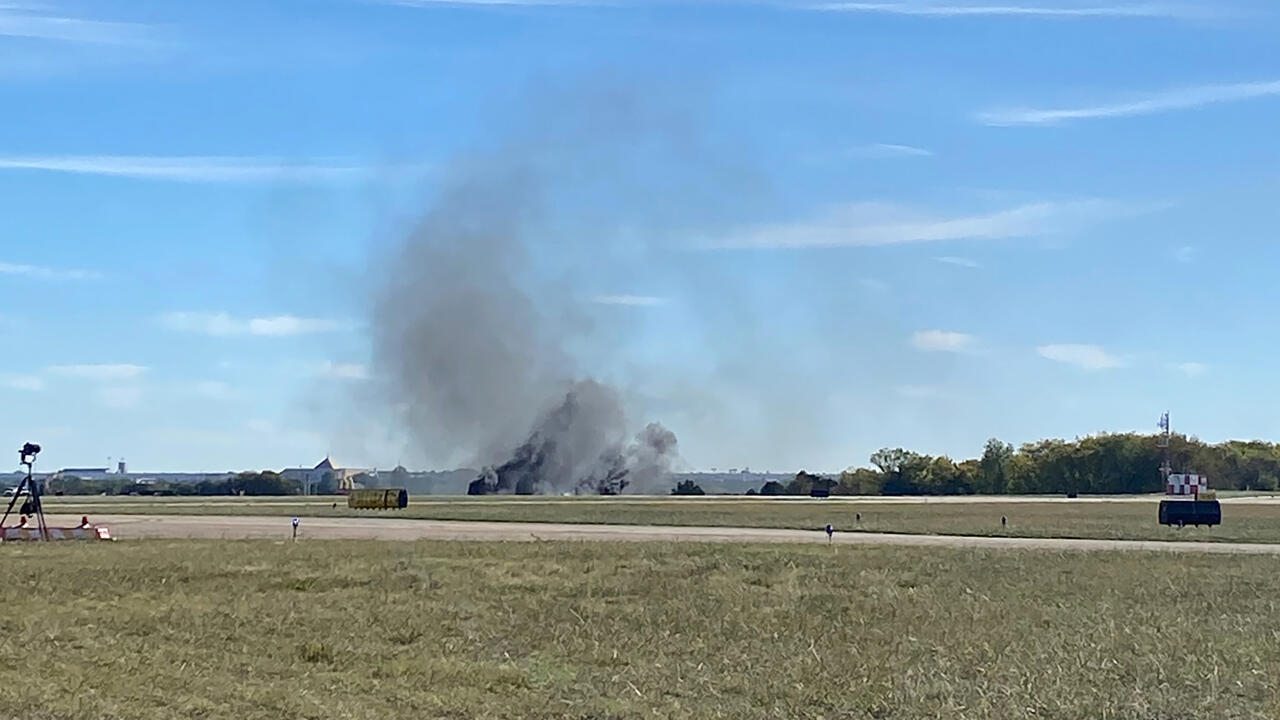 Houston (AFP) – Two World War II planes collided during an air show in Dallas on Saturday, US authorities said, with footage on social media showing the plane crashing into each other and touching the ground with an explosion of fire.

It was not immediately known how many people were in the two craft, a Boeing B-17 Flying Fortress and a smaller Bell P-63 Kingcobra, the Federal Aviation Administration said.

It was also unclear whether anyone survived the early afternoon crash, which occurred during the Wings Over Dallas air show at Dallas Executive Airport.

While the number of casualties was not immediately known, “no spectators or others on the ground were reported injured,” Dallas Mayor Eric Johnson tweeted.

Several videos posted to social media showed dramatic scenes of the small plane descending towards the lower-flying B-17, crashing into it.

After the collision, the planes appeared to break into several large pieces before crashing to the ground and exploding in a ball of fire, creating a huge plume of black smoke.

The crash scattered debris across airport grounds as well as a nearby freeway and shopping mall, Johnson said.

The FAA said its officers and the National Transportation Safety Board would investigate the incident.

“As many of you have seen, we had a terrible tragedy in our city today during an air show. Many details remain unknown or unconfirmed at this time,” Johnson said.

The B-17, a four-engine bomber, played a major role in winning the air war against Germany in World War II. With a reputation as a workhorse, it became one of the most produced bombers of all time.

The P-63 Kingcobra was a fighter aircraft developed during the same war by Bell Aircraft but was only used in combat by the Soviet Air Force.

One of the last major B-17 crashes occurred on October 2, 2019, when seven people died in a crash at an airport in Windsor Locks, Connecticut.