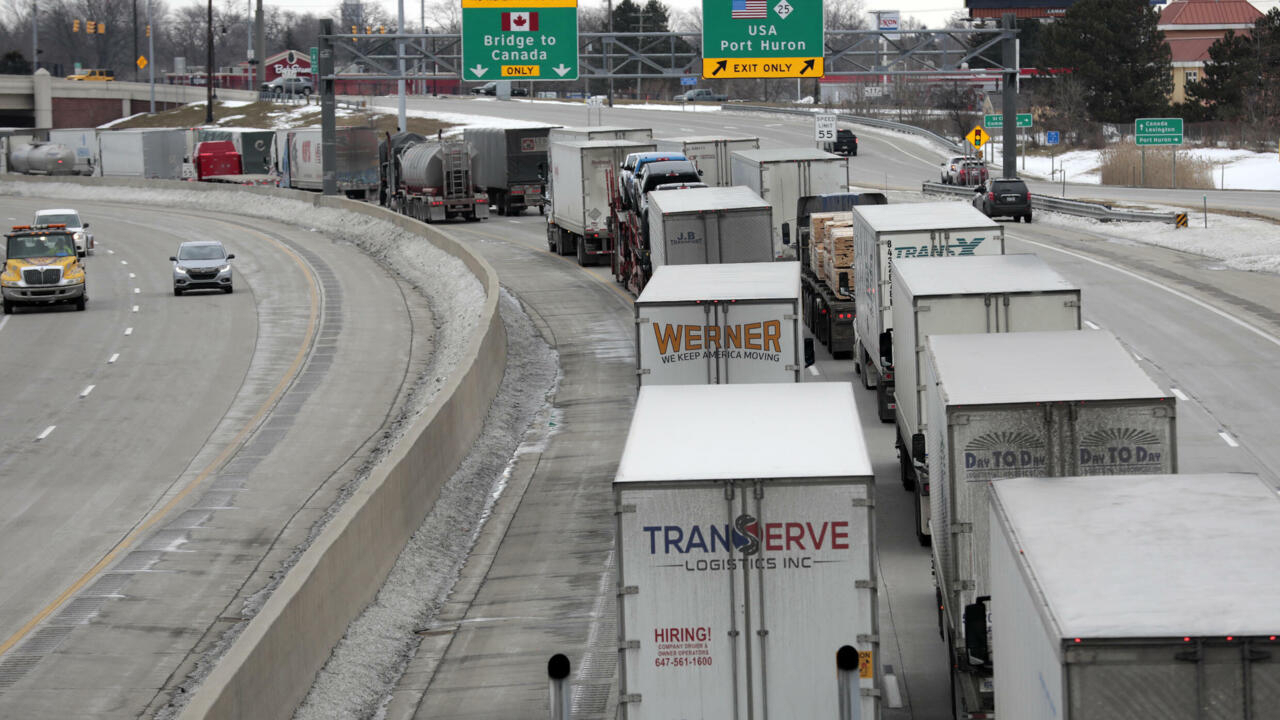 Truckers’ protest is ‘worse than Covid’ for small businesses

Ottawa (AFP) – Truckers’ protest against Covid restrictions was worse than the pandemic itself for small businesses in Canada’s capital as they prepared for a relaxation of health rules when the convoy arrived, traders say.

The province of Ontario, which includes Ottawa, had lifted lockdowns on restaurants and bars and increased retail capacity limits when up to 15,000 protesters and hundreds of trucks converged downtown in late January.

Local small businesses were really thrilled that the crowds were returning to the ByWard Market – Ottawa’s main shopping and cultural district – and making it bustling again, said Inaas Kiryakos, owner of clothing and jewelry boutique Milk.

But with downtown streets blocked off by large platforms and police checkpoints, and authorities warning people not to venture into the area, foot traffic has dried up.

Most stores have temporarily closed. Others have reduced their opening hours. A dozen people interviewed by AFP put their losses at several thousand dollars a day while trade associations warned the total could exceed tens of millions.

“This convoy is worse than Covid,” Kiryakos said.

She explained that her store depends on people coming to the neighborhood to dine at its many restaurants and stopping in to make a purchase, as well as indirect shoppers from the Rideau Centre, a large mall nearby.

“We were looking forward to a spike in foot traffic after the restrictions were lifted, which happened after past closures ended,” she said.

“When the truckers arrived it extended the lockdown in a much worse way because anyone who would normally get off wouldn’t want to,” she explained.

The store had no customers on Thursday.

Two blocks away, Ottawa’s largest mall has been closed for two weeks after being overwhelmed by angry protesters who harassed staff and refused to follow masking rules when they arrived in Ottawa.

Its owner, Cadillac Fairview, said in a statement that it chose to close the mall “due to public safety concerns related to the protests”, calling the situation “untenable”.

“The continued closure of an important community space, the loss of employment income and the financial impact on our customers is heartbreaking considering all of our shared pain and sacrifice during the pandemic,” the company said.

Tom Charleboix of the Paper Papier pen and stationery store around the corner from the US Embassy, ​​where surrounding streets have been cordoned off by police, echoed the pains of fellow shopkeepers.

“We were open the whole time, but no one entered the store,” he said.

Government workers in neighboring offices who might come in during a lunch break or after work have not done so during the pandemic, as most have worked from home for the past two years.

And now they’re avoiding downtown because of the protest. “Officials told them not to come downtown and so they’re not,” Charleboix said.

“I thought it was kind of ironic that on the first day (all businesses) were allowed to open, they couldn’t,” he commented.

The Covid-induced cancellation of Ottawa’s annual Winterlude, which was due to begin Feb. 4, has also kept tourists from coming to town.

At one of the many cannabis stores in the neighborhood, it was much the same.

“We’ve had hardly any customers for the past few weeks. We usually see a lot of foot traffic and it’s dead,” Liv told Dutch Love. AFP withholds his surname at his request for fear of a backlash.

The store, she said, closed early most days after staff faced abusive comments from protesters who refused to wear face masks.

In front of Parliament, only one counter-protester defended the traders, recounting the difficulties and the financial cost that the demonstrations have had on them.

“I am here to defend my community and very respectfully ask the convoy to leave,” Bobby Ramsay told AFP.

With French elections on the horizon, who is France’s Muslim community turning to?