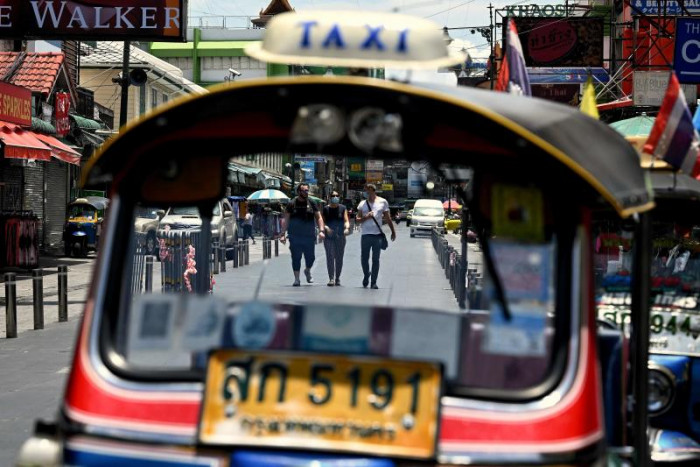 Thailand falls in the global index

Foreign tourists are seen through the windshield of a tuk-tuk along the popular Khao San Road on May 17, 2022. (Reuters Photo)

Thailand’s ranking in the 2021 Travel and Tourism Development Index fell from 35th to 36th place, with safety and security dipping to the bottom of the table, while neighboring countries such as Indonesia and Vietnam recorded improvements.

Out of 117 countries, Thailand loses one place with a score of 4.3 out of 7 points. Indonesia took second place in Southeast Asia, rising from 44th to 32nd in the index conducted by the World Economic Forum.

Vietnam moved from 60th to 52nd. Singapore retained the top spot in the region, although its ranking remained unchanged.

The index is based on scores from 1 to 7, where 1 is the worst performance. The two main categories for which Thailand declined were “Enabling Environment” and “Travel and Tourism Policy and Enabling Conditions”.

However, even though Thailand’s sustainability score improved, its environmental sustainability was the lowest in the region at 3.6, ranked 97th overall.

Thailand’s best score is price competitiveness at 5.6, but it is still below the regional average of 5.8.

“The root of the problems are outdated laws and ineffective implementation. On the environmental issue, we may have initiated many sustainable policies over the past few years, but it is still too slow in practice,” Marisa said. Sukosol Nunbhakdi, President of Thai Hotels. Association. “In terms of outdated laws, the problem in the hospitality industry is obvious because the current hotel law still prevents small and medium-sized hotels from registering properly. This prevents state authorities from requiring compliance with rules, from safety and environmental regulations to pricing and taxes that can contribute to the development of the city.

Ms Marisa said another concern was the low priority given to travel in public policy. Over the past two years, tourism operators have only benefited from one of many subsidy programs — “We Travel Together” — despite the tourism industry contributing nearly 20% of GDP in the pre-pandemic years, she said.

Persistent safety and security issues have plagued the country’s reputation for many years, Ms Marisa said, adding that the government should take the matter more seriously to avoid repeating unpleasant results.

Japan secured the top spot in the tourism index, followed by the United States, Spain, France, Germany, Switzerland, Australia, the United Kingdom, from Singapore and Italy.

Memorial Day brings back WWII memories for the family