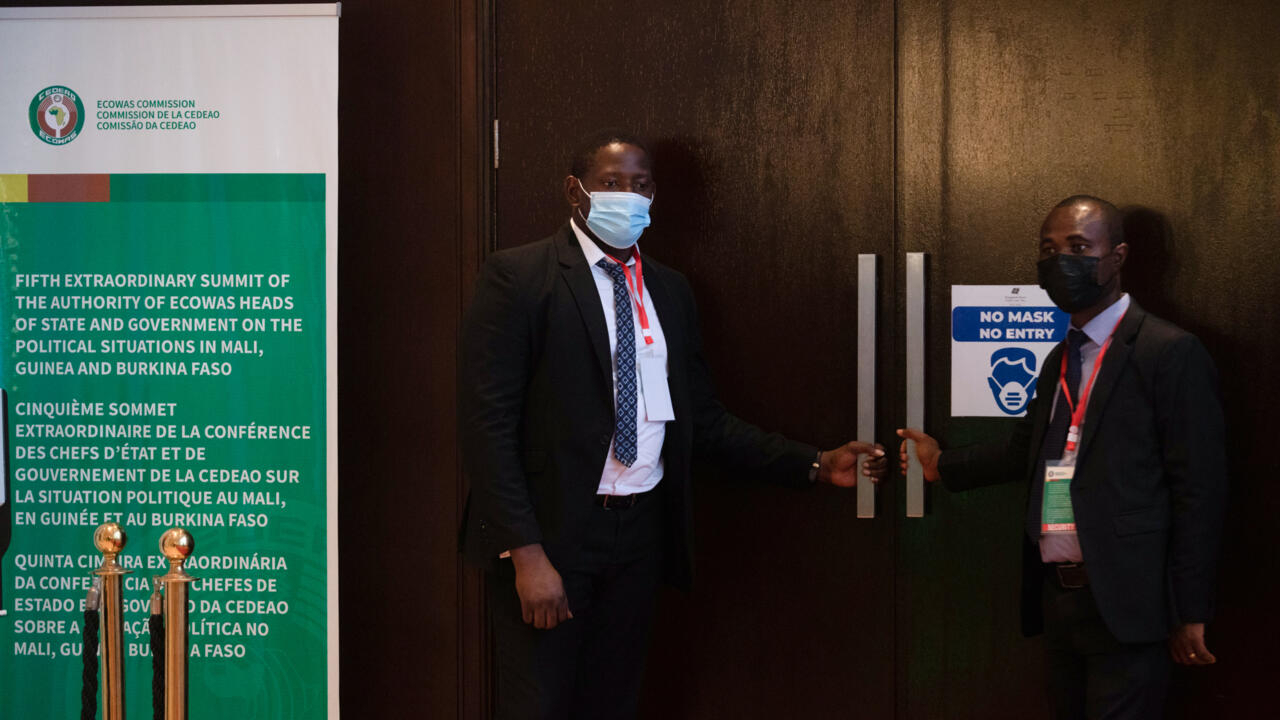 The West African bloc maintains its sanctions against Mali

Accra (AFP) – The West African regional bloc said on Friday it would uphold sanctions against Mali over the Sahel country’s military rulers delaying a return to civilian rule after a coup.

Following a summit in Ghana, the Economic Community of West African States also issued warnings to the juntas that recently took power in Guinea and Burkina Faso.

ECOWAS said military leaders in Guinea should provide “an acceptable timetable for the transition” by the end of April or else they would impose punitive measures on the government and the National Transitional Council (CNT).

The bloc added in a statement that if Burkina Faso’s junta did not release former President Roch Marc Christian Kaboré from house arrest by Thursday next week, “individual sanctions” would also follow.

The talks in Accra, the Ghanaian capital, came three months after the bloc imposed tough sanctions on Mali.

They opened “behind closed doors between heads of state,” Malian Foreign Minister Aboudlaye Diop tweeted earlier in the day.

The head of the Malian junta, Assimi Goita, was invited to the summit, according to an ECOWAS document seen by AFP.

But it was unclear at the opening if he was there, physically or virtually.

The summit took place about a week after an ECOWAS envoy for Mali visited Bamako, but talks on restoring civilian rule were unsuccessful.

The 15-nation bloc is pushing for Mali’s military, which took power in 2020, to hold elections within 12 to 16 months.

But strongman Goita has so far defied international pressure to hold elections.

On Thursday, the tribunal of the West African Economic and Monetary Union (UEMOA) ordered the suspension of sanctions against Mali.

It was unclear whether the WAEMU tribunal’s suspension decision would result in the immediate lifting of sanctions.

Both ECOWAS and UEMOA applied economic and diplomatic sanctions to Mali in January after the junta offered to stay in power for up to five years.

The Malian junta considers the sanctions illegal and has pledged to challenge them in international courts.

Much of Mali, a sprawling nation of 21 million people, is embroiled in a jihadist conflict that first erupted in 2012 and spilled over into neighboring Burkina Faso and Niger.

Goita took power in Mali in August 2020, then installed a civilian-led caretaker government.

But in May 2021, he deposed those civilian leaders – in a second coup. He was then sworn in as interim president.

And Burkinabé Lt. Col. Paul-Henri Sandaogo Damiba overthrew Kaboré in January after two days of army mutinies amid frustration over the jihadist conflict.

ECOWAS suspended the membership of the three countries.

Signs that things are looking up a bit for tourism