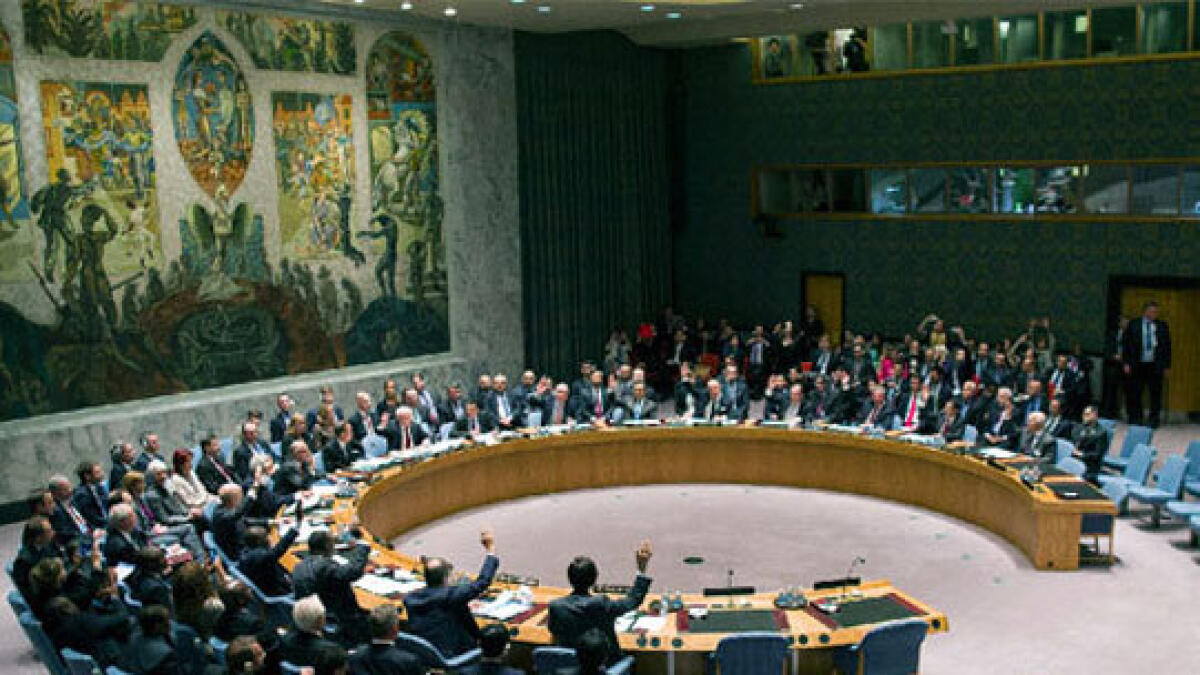 The right of veto in the UN Security Council, a major obstacle to peace – News

Russia’s attack on Ukraine exposed many serious weaknesses in the international order. One of the major flaws that needs to be corrected concerns the United Nations Security Council and its role in overseeing the multilateral system. Specifically, and underscoring a point we made in our essay in a recent Brookings Institution report, the war in Ukraine has once again shown that the veto power of the five permanent members of the Security Council is a major obstacle. to peace.

Chapter I, Article 1 of the United Nations Charter, which was written in the wake of the devastation of World War II, states that the primary purpose of the UN is to maintain international peace and security. To this end, the organization aims to prevent threats to peace, suppress acts of aggression and achieve the peaceful settlement of international disputes. Chapters VI and VII of the Charter entrust this essential mission to the Security Council.

But the absolute right of veto granted by Article 27 to each of the permanent members of the Council (the P5, comprising China, France, Russia, the United Kingdom and the United States) has from the beginning been an obstacle major to the accomplishment by the body of its mission. mission. Indeed, the P5 has almost always been divided into rival geopolitical blocs, with one member of a bloc – primarily the Soviet Union (and now its heir, Russia) or the United States – vetoing many decisions. crucial.

Russia’s savage bombardment of Ukraine is a stark reminder of the Security Council’s impotence when the interests of one or more of the P5s clash with those of other members. After World War II, optimists hoped that a security threat would initially lead the Security Council to impose comprehensive binding economic sanctions to deter aggression and encourage the peaceful resolution of disputes.

But in the current conflict in Ukraine, Russia’s veto in the Security Council means that the United States and its allies can only impose sanctions through a “coalition of the willing”. Certainly, the large number of countries and the extraterritorial reach of the dollar-based payment system give the sanctions imposed by the United States considerable weight. Yet, in this case as in others, a system of global sanctions imposed by the Security Council would be even more debilitating for the sanctioned economy. Additionally, the emerging role of digital currency and the changes it could bring to the international monetary system may soon diminish the role of the dollar and reduce what a coalition of the willing, led by the United States, can accomplish. And in other instances, such as former US President Donald Trump’s 2018 decision to reimpose tough economic sanctions on Iran, the extraterritorial reach of the dollar has sparked considerable resentment even among US allies.

Finally, while much of the world is currently rallying around the US-led coalition of democracies in the face of Russia’s blatant aggression against Ukraine, we unfortunately cannot rule out the possibility that a future Trump or Trump-like administration in the United States does something that could potentially make its Security Council veto a problem for much of the democratic world.

The fact that an increasingly illegitimate and ineffective Security Council is at the heart of today’s multilateral system is all the more regrettable given the growing range of threats to peace and security. These include not only conventional acts of aggression of the type the world is witnessing in Ukraine – and which could escalate further into nuclear exchanges – but also other security threats posed by new technologies.

For example, state or non-state actors could wreak havoc through devastating cyberattacks or the abuse of artificial intelligence. Man-made viruses even deadlier than the coronavirus that caused Covid-19 could inflict indescribable harm, whether through bioterror or bioerror. And climate change is a threat to all of humanity that must be on the radar screen of a reformed Security Council. Strict and universally binding regulations are urgently needed in all these areas.

We therefore advocate radically changing the functioning of the Security Council, by introducing the possibility of overriding the veto of a permanent member. This could be done by adding a clause to Article 27 that would allow a large double majority – representing, for example, at least two-thirds of member countries and two-thirds of the world’s population – to override a veto.

Our proposal would now be vetoed by Russia and probably China – and perhaps also by the three P5 democracies, including the United States. But a large majority of countries would probably support it. In fact, now is the perfect time for democracies around the world, including the United States, to propose such a change. By supporting it, President Joe Biden’s administration could seize the moment and show its determination to create a more equitable and inclusive multilateral system. It would send a powerful – and widely welcomed – message that the United States is confident that its enlightened national interest will align with the interests of a vast majority of the countries and peoples of the world.

At first, such a proposal is unlikely to gain sufficient support in the US Congress. But every crisis contains an opportunity. A scheme as described above could stimulate support for reform in the United States and other democracies among all those concerned about old and new threats to human security.

With peace increasingly under threat, the Security Council could play a much greater role in mitigating the dangers. Let’s hope that Russia’s aggression against Ukraine triggers a radical change that makes the forum more legitimate and more effective. — Project syndicate

Cloth masks ‘ugly’ as protection against COVID-19 and other viruses, study warns