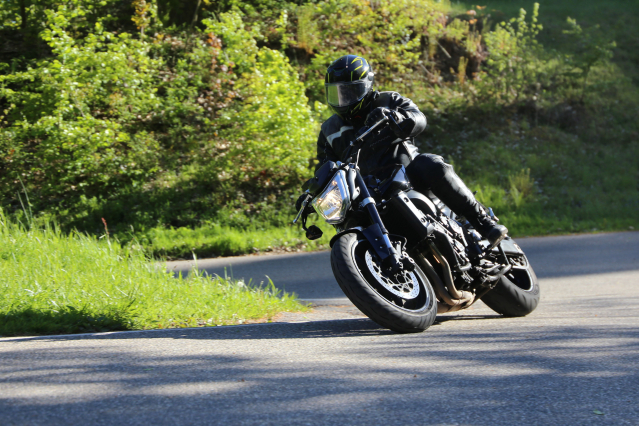 The world’s first fixed sound radar camera has been put into service on the roads of a rural town in Yvelines (Ile de France) to encourage drivers to reduce the noise of their vehicle to avoid a fine.

The radar was inaugurated yesterday (January 4) on the departmental road (RD) 46 in Saint-Lambert-des-Bois by the Minister of Ecological Transition Barbara Pompili, in the hope of reducing noise pollution in the territory.

The road in question, located in the Chevreuse valley, is particularly popular with motorcyclists and scooters because of its hairpin bends and the pleasant surrounding countryside.

Going forward, however, any driver who uses it will have to limit the noise it emits to 90 decibels or less to avoid a fine of up to €135, Nice Matin reports.

Any vehicle producing noise above this figure will have its registration number recorded so that the fine is issued, although the 90dB noise limit is relaxed slightly for more powerful vehicles.

Fines to be issued from the second half of 2022

The first fines for vehicles that violate the maximum permitted noise limit will be issued in the second half of 2022, once authorities are satisfied that the machine is reliable and capable of detecting individual vehicle sounds on a busy road.

The sound radar will allow authorities to punish motorcyclists who disturb others by making noise, while freeing police officers from patrolling the streets.

“Until now, sound level meters existed to punish this behavior, but few police services had them and too few agents knew how to use them”, denounces Laurianne Rossi, of La République en Marche! Member of Parliament who piloted the project in her capacity as president of the governmental advisory committee of the National Noise Council.

“This equipment is a world first.

Sound radars will also be installed in seven other French municipalities in the coming days, targeting areas where the speed limit is limited to 50 km / h.

The municipalities concerned are: Paris, Nice, Toulouse, Bron (Rhône), Rueil-Malmaison (Hauts-de-Seine), Villeneuve-le-Roi (Val-de-Marne) and Saint-Forget (Yvelines), where a type system had already been tested since 2019.

Sound radars will be tested for two years in these areas, in the hope of finding an effective solution to noise pollution that can be deployed throughout France.

Some 87% of Ile-de-France residents who responded to a recent survey by the Bruitparif road noise observation center said they were in favor of the introduction of penalties for noisy motorcycles and scooters.

“The cost of noise – particularly in terms of health impacts related to sleep loss and the decline in value of affected housing – for French society is estimated at 147 billion euros per year”, declared the ministry of the Ecological Transition in a press release. .

Report reveals 770,000 people drive in France without a valid license

Private speed cameras will arrive in Dordogne in April 2022

Has the points system of the French driving license saved lives?