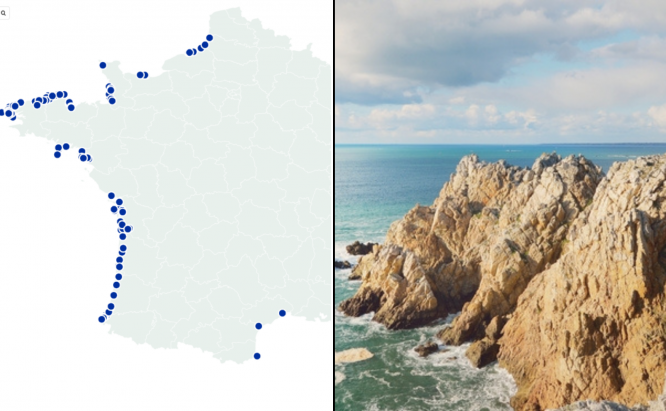 There are 126 French communes (101 in mainland France and 25 in overseas territories) that are seriously threatened by coastal erosion over the next century, according to a new list published by the government.

The majority of municipalities are located along the Atlantic coast or on the edge of the English Channel. There are 41 in Brittany, 16 in Normandy and 31 in New Aquitaine.

To learn more about the issue of coastal erosion in France, read our article: Solar, erosion, renovation: Four updates for homeowners in France

In areas threatened by coastal erosion in the next 30 years, new construction is prohibited, with some exceptions.

In areas threatened by coastal erosion for around 100 years, new construction is still permitted but will eventually come with an obligation to demolish the building when the threat increases.

The list of the 126 municipalities concerned is as follows:

Property prices in France have increased by up to 19% in 2021: how has your region fared?

Newcastle Airport: Full list of destinations for summer holidays in 2022