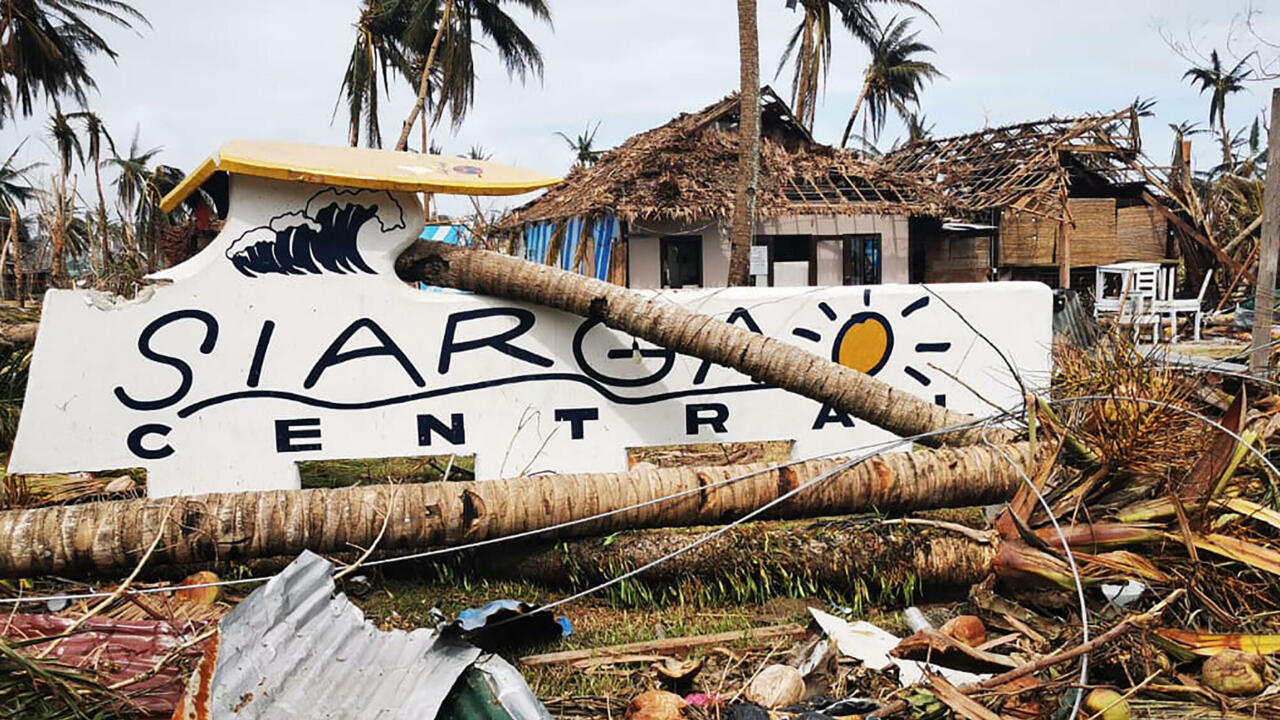 Surf paradise in the Philippines destroyed by typhoon

General Luna (Philippines) (AFP) – Owners of resorts and bars on an island in the Philippines popular with surfers and tourists alike expected a bumper Christmas vacation after Covid-19 restrictions eased. Then Super Typhoon Rai wiped them out.

The strongest storm to hit the archipelago this year swept through Siargao, a tropical paradise known for its sandy beaches, big waves and relaxed atmosphere.

With winds of 195 kilometers (120 miles) per hour when he made landfall on the island last Thursday, Rai uprooted palm trees, shredded thatched roofs, smashed wooden buildings and knocked down utility poles.

Widespread destruction has left the island – voted the best in Asia by Conde Nast Traveler readers this year – unrecognizable.

“The day after the storm, we went out and said to each other ‘wow, it’s Siargao now, it’s not anymore’,” Claudine Mendoza, 27, deputy chef at a station, told AFP. seaside resort.

“Even Cloud Nine is no more, he was really devastated,” Mendoza said, referring to the island’s surf spot where a boardwalk – a favorite selfie spot for tourists – was swept away by the typhoon. .

The storm is a big blow to tour operators, hitting them a week before the Christmas holidays, as many Filipino families typically head to the country’s famous beaches and dive sites.

Pandemic travel restrictions have decimated the number of visitors to the island in the past two years, leaving many resorts, cafes, souvenir shops and tour guides struggling to survive.

But domestic tourism has started to pick up in recent months, with the government relaxing the rules to boost economic activity, although it has maintained the ban on foreign travelers entering the country.

â€œEveryone was so happy, the island was bustling again,â€ Mendoza said. â€œThen suddenly the storm came. “

Today’s business owners face costly repairs or have to start from scratch, and their employees have uncertain futures.

Some wonder if it’s worth trying to start over.

“This typhoon is much worse for us than the pandemic – the pandemic has not caused any (structural) damage,” said resort owner Anton Alvarez.

“We think we have the capacity to rebuild, but there’s no point in rebuilding if it’s just us – we need all of Siargao to rebuild.”

With electricity cut across the island, there is no signal or internet, hampering efforts by relief agencies to assess the extent of death and destruction caused by the storm.

At least 375 people have been killed on the Rai-affected islands, national police reported, including 167 in the region that includes Siargao.

Farmers and fishermen have also seen their livelihoods destroyed and thousands of families have been left homeless.

Elka Requinta, marketing coordinator at Siargao, said the force of the typhoon surprised everyone.

“You have residents who have been affected because I don’t think there was a call for the government to evacuate.”

It could take months for electricity to be fully restored to the island, making it difficult for business owners to discuss the future with their partners and investors.

Alvarez said he would like to reopen his resort within 12 months, but admitted it was “quite optimistic.”

Harris calls for ‘cyber doctrine’ to deal with growing attacks