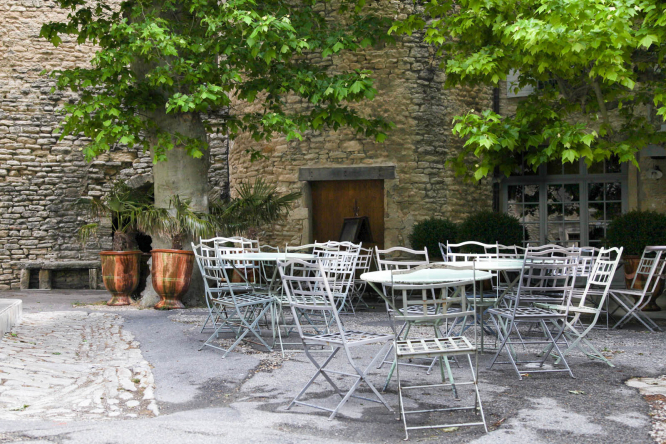 A village cafe restoration project is slowly restarting after Covid restrictions put many of its projects on hold.

the 1,000 coffees program, in collaboration with city councils and other local authorities, had opened about 20 cafes before the pandemic.

A few of them remained open during lockdowns and curfews, offering “multi-services” such as takeout, groceries or bread sales, but many were forced to close.

The association offers people wishing to occupy a coffee shop – generally made available by the municipality for a low rent – a guaranteed salary at the minimum wage plus a performance bonus, and assistance to cover the cost estimated at 20 000 € for the installation of a café. .

It targets small municipalities with 3,500 inhabitants or less.

One of the first establishments to open was a café-bar/restaurant in La Foye-Monjault, a village of 810 people not far from Niort in Deux-Sèvres, western France.

Mayor Dany Michaud said The connection that the municipality was determined to keep it open.

“We had a cafe here for many years, but when the owners retired they couldn’t find anyone to take it over,” she said.

“It was a huge loss for the social life of the whole village, so we got together and decided that the old village hall in the center of the village, which was historically a market hall, was to return to its original commercial use, and we converted it into a bar and restaurant.

“Unfortunately, after three years the leaders decided they wanted to change their lifestyle and we had a hard time finding someone to take it on – until we heard about the project. of the 1,000 coffees and the help they could offer.

“By chance, when we were registering with them, we learned that a young cook, with his partner, wanted to set up on his own, and with the support of 1,000 coffees was able to do it. »

The association helped to buy plates and other equipment for the restaurant La Rabelais.

“For the village, because we already had the premises, the amount was not very high, but the help of the association was important for the couple who ran the bar and helped them to settle in”, says Ms. Michaud.

During the confinement, the restaurant continued as best it could by offering take-out food and drinks, again which the villagers appreciated, said the mayor.

Clemence Richard, of the 1,000 coffees program, said another dozen cafes he supports are set to open this year, most in September after the holidays.

“It is important to have places of conviviality in the villages as well as to have the practical aspects of a grocery store and other services, which many communes have lost,” she said.

“We want to show that it is possible to bring these places back.”

How will the French health pass work in cafes, bars and restaurants?