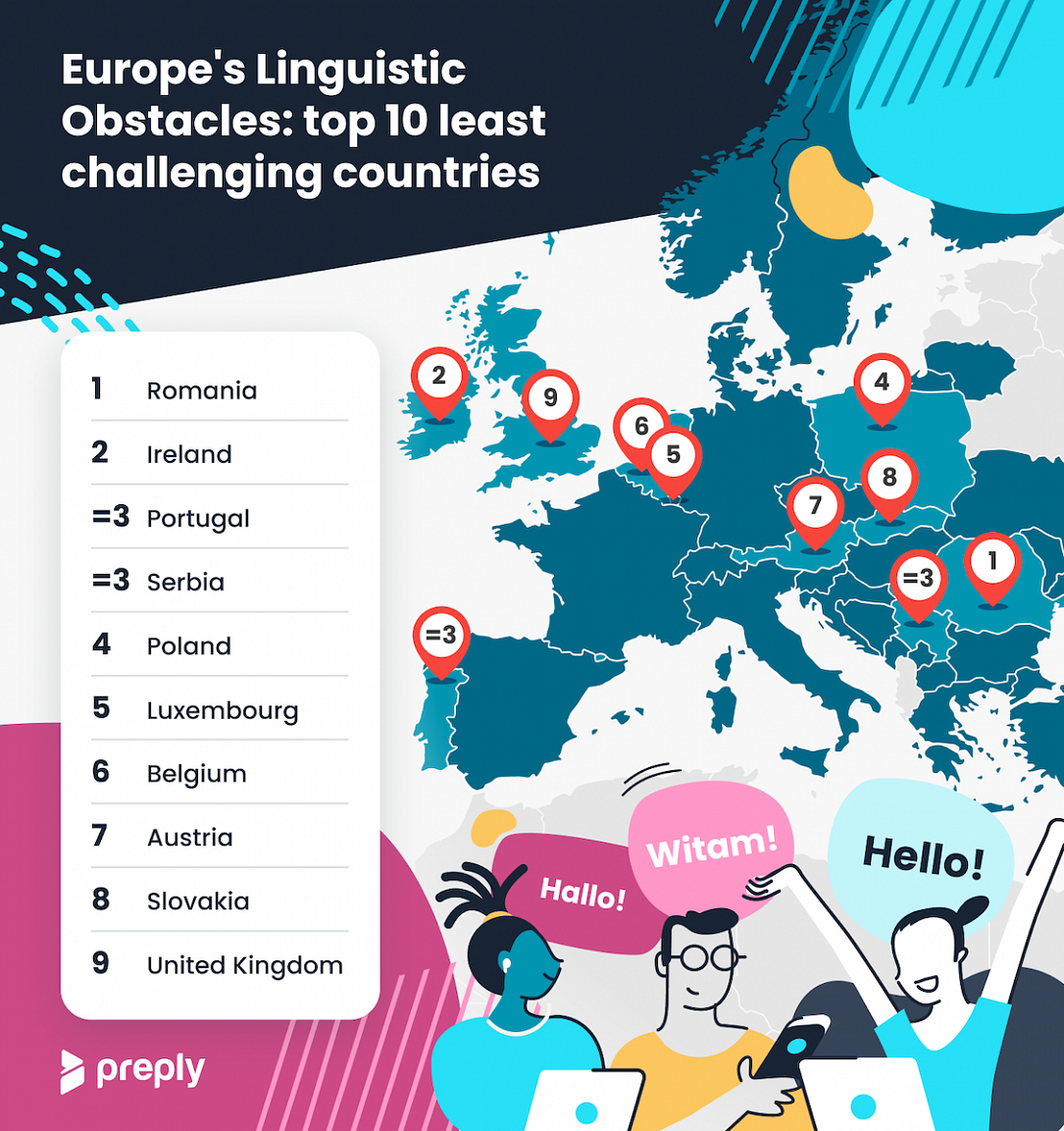 Romania is the least difficult European country to navigate linguistically for tourists and expats, according to the Global Language Learning Market Preply.

Romania has only three spoken official languages ​​(Romanian, Hungarian and German), and also the least number of regional dialects, namely those of Wallachia, Moldavia and Banat. A private language course in Romania is also the third cheapest in Europe, at around 15 euros, offering expats plenty of opportunities to learn.

Next in second and third place are Ireland, Portugal and Serbia – the latter two tied for third. The Irish speak only English and Gaelic, but also have four regional dialects. A Gaelic lesson will also cost around 23 euros.

Portugal, on the other hand, has only one spoken language, Portuguese, but ten different regional variants. The country is also in the top 10 of the cheapest places in Europe to take a language course, at an average of 21 euros per session. In third common position is Serbia, with cheaper language courses (19 EUR) and only two official languages ​​– Serbian (primary) and Albanian.

On the other side of the spectrum is the Czech Republic, the most difficult country when it comes to language barriers. Private language lessons can cost up to 72 euros on average and although the country only registers one language (Czech), the Czech Republic has 26 spoken dialects and accents in total.

Other countries present a challenge for those wishing to integrate linguistically. The Netherlands has 70 different regional accents and dialects, followed by Norway (60), and the UK and Turkey together (each with 52).

Founded in 2012, Preply is a global language learning marketplace, connecting 140,000 tutors with tens of thousands of students around the world.