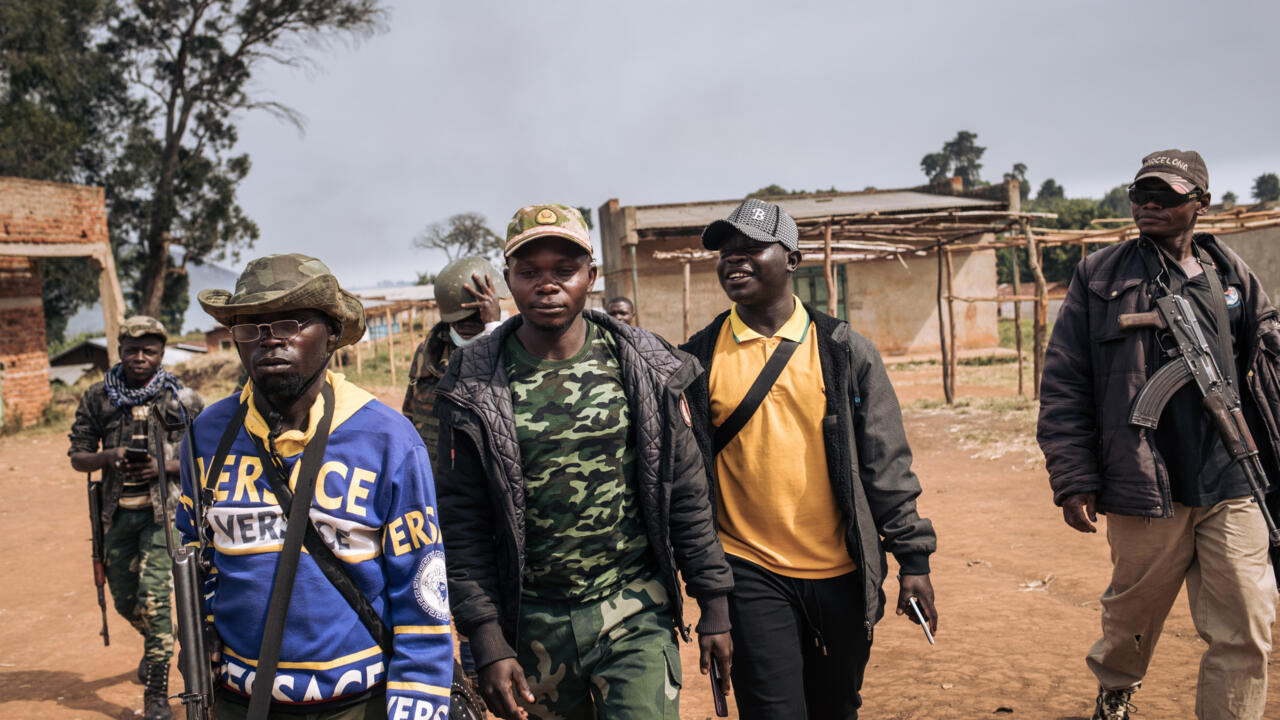 Bunia (DR Congo) (AFP) – The last four members of a team that traveled to northeastern DR Congo to mediate with an armed group that later took them hostage are now free, their spokesman said on Tuesday.

The eight-member team had traveled to Ituri province in mid-February with the government’s blessing, seeking to persuade an armed group called CODECO to end a bloody campaign of ethnic violence.

But the mediators – including three former warlords – were themselves seized by CODECO, which accused the army of using the reconciliation trip as a cover to bombard their positions.

A hostage was released on March 21 and three others, including the team driver, on April 4.

On Tuesday, Pitchout Mbodina Iribi, a spokesman for the mediators, said “all remaining members of the delegation…have been released.”

But another source within his organisation, speaking on condition of anonymity, told AFP the last four had “escaped” their captors and arrived in the provincial capital Bunia early on Tuesday.

Lubanga and Katanga respectively served 14 and 12 year prison sentences handed down by the International Criminal Court (ICC) for crimes committed in Ituri in the early 2000s.

Ndjabu was imprisoned for 15 years for the murder of nine UN peacekeepers.

Lubanga and Ndjabu along with army colonels Justin and Desire Lobho were the last four to be released.

“I am at a loss for words to thank and congratulate our army,” Lubanga said upon arriving in Bunia, in comments that appeared to support the idea of ​​an army-led escape rather than a voluntary release by CODECO. .

“The perfect coordination between our armed forces and the colonels who were with us enabled us to thwart (the kidnappers),” he said.

Lubanga said “negotiations had taken place…(but) we had become a prize for our captors, allowing them to continue blackmailing for months.”

“We had no more hope… That’s when our army intervened,” said the former warlord.

The ill-fated mediation mission had been endorsed by President Felix Tshisekedi, who is grappling with rising violence from armed groups in Ituri and neighboring North Kivu.

CODECO, the name of the Cooperative for the Development of Congo, is a politico-religious sect which claims to represent the interests of the Lendu ethnic group.

The Lendu and Hema communities have a long-running feud that claimed thousands of lives between 1999 and 2003 before a European peacekeeping force intervened.

Violence then resumed in 2017, blamed on the emergence of CODECO.

Since then, CODECO attacks have claimed hundreds of lives and driven more than 1.5 million people to flee their homes, while half of the region’s population faces food insecurity, according to the Danish Council for refugees.

The group took advantage of the mediators’ detention to demand the release of CODECO combatants and members of the Lendu community who had been “arbitrarily arrested”.

They also called for an end to army operations against them and for a so-called state of siege declared in Ituri and North Kivu last May.

The civilian leaders of the two provinces have been replaced by soldiers or police, with the avowed aim of strengthening the repression of armed groups.

However, the measure has so far failed to bring peace to the region.

The World’s Best City Destinations in the Age of Covid