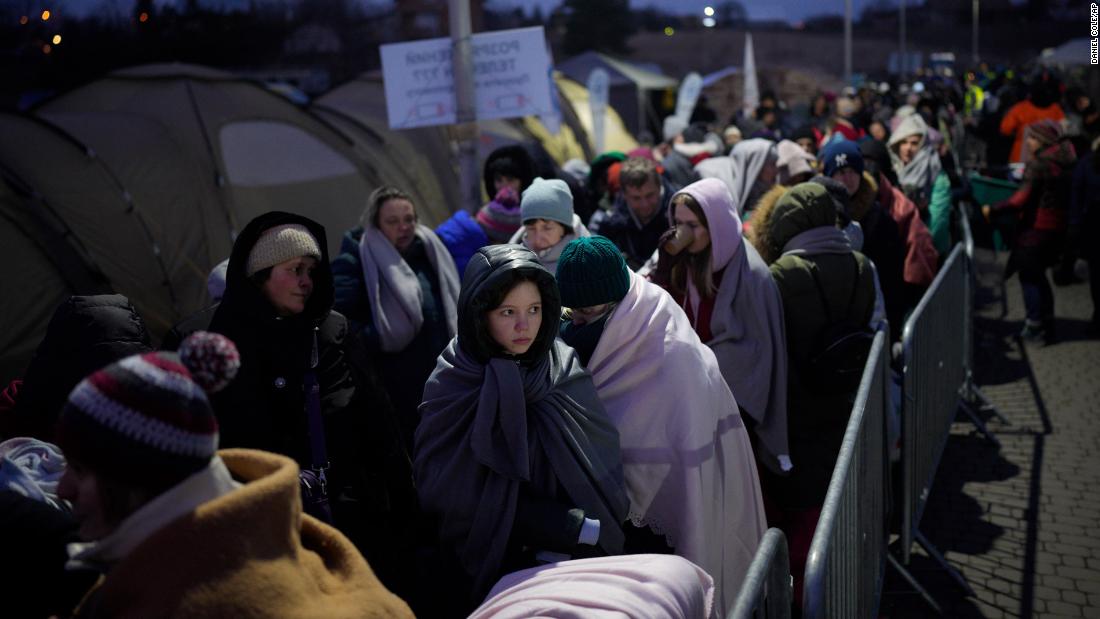 By Walter J. Campbell On Mar 13, 2022
Share
The number of people on the move constitutes “the fastest growing refugee crisis in Europe since the Second World War”, said the commissioner of the United Nations High Commissioner for Refugees (UNHCR). Filippo Grandi said on Sunday, and recalls the 2015 migrant crisis caused by the war in Syria which resulted in around 1 million asylum seekers.
While many central and eastern Ukrainians moved to western Ukraine and away from the front lines, more than 2.5 million Ukrainians left entirely after the Russian invasion of 24 February, according to the latest UN refugee estimates.
Grandi told French radio station France Inter that the number of people fleeing for safety is a “terrifying” figure. And while many refugees going to other countries have ties or family ties, he said, “what worries me, what we fear is a second wave of people who have far fewer resources and connections and who will be far more vulnerable.”
Most of those fleeing Ukraine are women and children. Ukrainian men between the ages of 18 and 60 were banned from leaving after the national government imposed martial law.

Here’s a look at where many Ukrainians headed to avoid the Russian incursion.

With more than 1.6 million Ukrainians entering its territory on Friday, according to UNHCR data, Poland hosted by far the most refugees.

Sharing a border with northwestern Ukraine, Poland has become a first stop for those who might seek refuge in other countries.
Nations directly west and south of Ukraine have also accepted large numbers of refugees. Since the invasion, more than 245,000 Ukrainians have entered Hungary, while more than 195,000 have fled to Slovakia, according to UNHCR data on Friday.

Moldova took in around 278,000 Ukrainians after the outbreak of war, according to the UNHCR, and more than 173,000 of them have since moved to neighboring Romania.

The large number of people fleeing prompted people in neighboring countries to provide relief wherever possible. To help ease some of the stress and emotions of leaving Ukraine, some Polish communities help foreigners settle in with basic necessities, including strollers and nappies for young children.
Constanta Dohotaru, a Moldovan activist heavily involved in civilian aid efforts, told CNN she fears those caught up in the mass departure from Ukraine could become targets for human traffickers.

“At the border, some women are really scared to get into cars, so our volunteers are now wearing vests” to help identify themselves, she said, and efforts are underway to officially identify drivers to show that they have been vetted by the government and provide safe transport services.

Apply for asylum anywhere in Europe

In Germany, nearly 123,000 refugees had arrived on Saturday, according to its interior ministry. However, due to the lack of border controls between Poland and Germany, where most Ukrainian refugees come from, the actual number of incoming refugees could be significantly higher, a spokesperson for the ministry said. inside at CNN.

Berlin has become a major hub for refugees from Ukraine, Mayor Franziska Giffey said Wednesday evening. In the previous three days, more than 13,000 refugees had arrived in Berlin by train or bus, Giffey said, adding that others had probably arrived by car.

Of the 7,251 people, “mainly women and children”, who have entered the country since the invasion, 6,967 are Ukrainian nationals, the French interior ministry told CNN.

“We see that things are getting worse as the conflict progresses and today we have 25,000 reception places for these people,” Interior Minister Gérald Darmanin said on Thursday, adding that the France had recorded 3,000 arrivals the previous two days.

In the UK, British Home Secretary Priti Patel told lawmakers in the House of Commons on Thursday from next week that Ukrainians with passports would no longer need to travel to a visa processing center before traveling to the UK. As of Wednesday, 760 visas had been granted by the United Kingdom.

The UK system has drawn criticism after some refugees reached the French port city of Calais only to be told to go to appointments in Paris or Brussels as part of administrative procedures.

Across Europe, countries including Austria, Croatia, Estonia, Greece, Ireland, Italy, Lithuania, the Netherlands, Portugal and Sweden have each reported the arrival thousands of Ukrainians.

The United States and Canada pledge to help

Across the Atlantic, Canada and the United States have both offered support, with Canada announcing last week that it would fast-track Ukrainian applications for temporary and permanent resident status as well as applications for family reunification.

“Canada is ready to welcome Ukrainians fleeing Vladimir Putin’s war, and there is no limit to the number of applications we will be ready to accept,” said Sean Fraser, Canada’s Immigration Minister.

Canada is home to the largest Ukrainian diaspora in the world after Russia, with over one million Canadians claiming Ukrainian heritage.

US Vice President Kamala Harris has pledged to support the fight against the massive flow of migrants from Ukraine and said the United States is open to welcoming more migrants.

“The United States is absolutely ready to do what we can and must,” Harris said during a visit to the Polish capital of Warsaw on Thursday.

But border policies leaving thousands of migrants and refugees from other nations in limbo have also prevented a Ukrainian family from fleeing war. A Ukrainian woman and her three children entered the United States on Thursday after being turned away at the US-Mexico border a day earlier, according to the family’s attorney.

For nearly two years, the US southern border has been largely closed to asylum seekers due to a public health order invoked under the Trump administration at the start of the coronavirus pandemic.