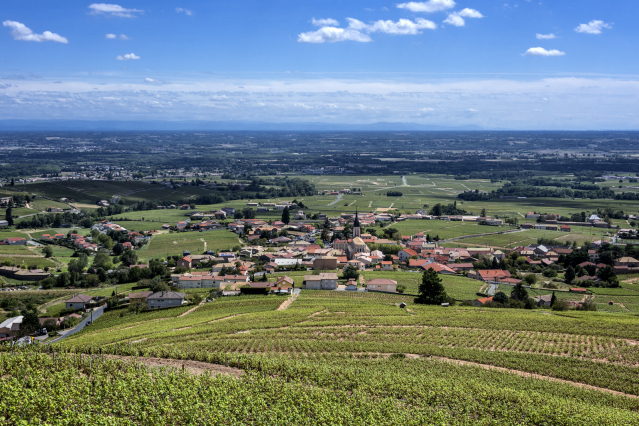 Prime Minister Jean Castex is due to announce a â‚¬ 8.4 billion plan to improve life in rural France today (September 24), after the idea was first announced by his predecessor Edouard Philippe two years ago.

The announcement should come during the trip of Mr. Castex in Yonne, in Bourgogne-Franche-ComtÃ©. The plan was originally set at â‚¬ 5 billion, but that amount has now been increased.

Many of the 171 measures that make up the plan were inspired by the discussions of the Grands DÃ©bats, which took place between citizens and President Macron across France in the wake of the yellow vests protests.

The investment of several million will be spread over two years.

Multiservice cafes in towns with fewer than 3,500 inhabitants

The 1,000 cafes project was created in 2019, with the idea of â€‹â€‹revitalizing small communities by opening local shops in areas where there are none. These small shops would in fact be community cafes, which also sell merchandise.

Some might even receive packages or offer other useful services.

The project will now be extended to provide support to existing cafes in financial difficulty in municipalities with fewer than 3,500 inhabitants.

The prime minister’s office said it plans to support around 100 independent cafe owners in 2021.

“Rather than just struggling to open new cafes, let’s try to prevent existing ones from closing,” he said.

Read more: Rural cafes in France have given a helping hand to reopen

In total, 10 million euros will be allocated to the prevention of â€œdelinquencyâ€ and to the â€œcreation of communal remote monitoring centersâ€ at the departmental level which would make it possible to improve security in rural areas.

The Prime Minister’s office said: â€œThe aim is to pay more attention to rural areas which often have remote monitoring equipment. [such as security cameras] but not the means to monitor the information they collect.

More than 3,000 municipalities will benefit from an increased budget for supporting biodiversity, â€œwhich will amount to more than 20 million eurosâ€.

All municipalities that contain regional natural park areas will be included.

In order to improve the daily life of rural people, specific initiatives will target â€œgender equality and the fight against discrimination and anti-LGBT hatredâ€.

The Prime Minister’s office said that “specific measures and support for all initiatives and associations in rural areas working on these issues” will be put in place.

The Prime Minister will announce the deployment of 30 new mobile emergency buses within the France Services network.

Buses go to rural areas to save residents the trouble of getting around on their own.

How can advisors help you?

Counselors can help people deal with the administration of public services for health, family, retirement, housing, taxes, unemployment, and legal services provided by the government

These include administrative procedures for providers such as PÃ´le emploi, CAF, health insurance, pension insurance, the national family allowances fund and the agricultural social mutuality.

Counselors can provide advice and support on individual issues, including understanding how different services work and resolving issues with providers.

The advisers also aim to reduce the “digital divide”, through which around 13 million people in France are alienated from online services because they do not have enough access or technological knowledge to use them properly.

What about owners of second homes or people who do not speak French?

Second home owners and new residents can also use France Services facilities, if they need to, even if they have adequate access to digital services.

This may apply to people who need to fill out certain forms or use certain French government websites, but need help with the language, or want to verify that they are filling out the forms correctly.

Services cannot help provide official translations or guarantee that a fluent English speaker will be present, but they are able to offer advice and assistance where possible.

New measures mean 4,000 of these digital advisers are expected to be deployed across France by 2022.

France Service buses were introduced earlier in 2021 to bring the network to more remote rural areas. Currently 80 are in service.

In the Haut-Var, a France Services bus becomes an anti-# COVID-19[FEMALE[FEMININE fully operational.

A great initiative for the continuation of the vaccination campaign in small rural communities pic.twitter.com/WFVhs989Rp

The government wants to bring the France Services network to 2,000 service points by the end of the year so that all French people can find one “within 30 minutes of home”.

Hunting: thousands of people march through France to defend the “rural way of life”

Can I change from secondary residence to main residence in France for tax purposes?