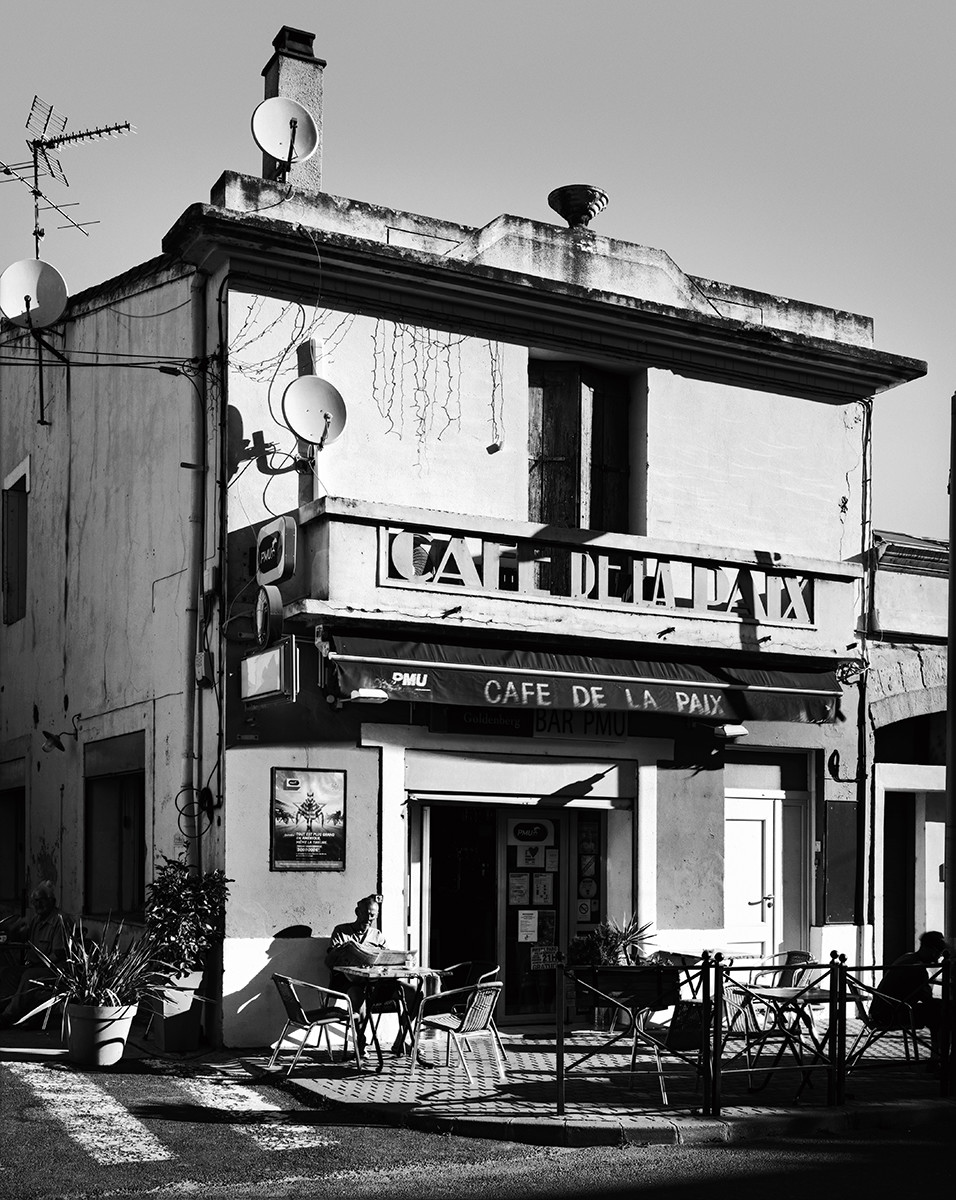 The exhibition is called Raymond Depardon – Municipalities – It is held until April 24, 2022 at the Pavillon Populaire in Montpellier. Its curator Gilles Mora presents it as follows:

On March 1, 2010, under the presidency of Nicolas Sarkozy, the Ministry of Ecology, Energy and Sustainable Development granted a Texas company, for a period of 3 years, a hydrocarbon mine exploration permit, liquid or gaseous, known as “Nant Permit”. ”. The operating perimeter concerned (4,400 km2) is located in the south-east of France, mainly in the Occitanie region. Nearly 280 municipalities and more than half a million inhabitants are concerned. It is therefore a territory with major natural and tourist resources that is thus threatened, an eminently rural region (Larzac, Auvergne, Ardèche, Drôme, Hérault, etc.) with a fragile fabric. We know the brutality of shale gas exploitation: geological fractures and their fatal side effects on the environment. The conclusion of this project is well known: a revolt and citizen mobilization led by left-wing environmental and political movements led, in 2011, to the repeal of the “Nant Permit”, then confirmed in court in 2015. Yet within the populations initially concerned, a deep trauma remains, so much has been challenged concerning the balance of these rural communes.

The day after the first confinement following the Covid epidemic, the photographer Raymond Depardon, during the summer of 2020, resumed his activity as an image maker after the forced sanitary immobilization: it would be, with a need for light and space, the exploration of these villages in the Mediterranean hinterland which escaped the ecological disaster of the “Permis de Nant”.

Accustomed to the photographic recording of agricultural France in which he was born and of which, with lucidity, he noted as much the fragility as the resistance, Depardon could only carry out such a project in the state of mind which is his: empathy for the villages visited, an increasingly contemplative photographic strategy, so much so that this photographic essay is located in the places of his previous activity as a reporter for the Gamma and then Magnum photo agencies. Since the 2000s, Depardon seems to have migrated from the chaos of civil, political or social unrest, towards a much more restricted temporality, that of landscapes and rural traces, which are the basis of the content of his great book Rural (2020), still close to a documentary report. With a new vision, a new technique. The partial abandonment of the small format, emblematic of photojournalism, now gives way to the strategy of the scrutineer using a large format camera, its slowness, its ceremonial. The twirling model of the street photographer or the reporter in perpetual motion, in a hurry to mark the reality that sticks to him like glue, is replaced by the attentive observer, master of his time, faced with a more timeless reality, that chosen by the American Edward Weston and the German Albert Renger-Patzsch, in a contemplative attitude before the beauties of the world.

Communes clearly stems from this aesthetic of the static, of the immemorial, which only the practice of large format can grasp with accuracy, redoubled, here, by the use of black and white, which reinforces the abstract virtues of the architectures in front of which Depardon placed himself, in the angular play of shadows and light. This atavistic delicacy, so specific to Mediterranean climates, Depardon celebrates it again and again and in a spirit of solemn jubilation, especially since it almost engulfed itself in the abyss of the “Permis de Nant”. Sculptural images, unpublished by Depardon, which seem to exclude any human presence. However, it would be a mistake to believe in such a voluntary abandonment, in a photographer usually attentive to the social games of hyper-mediatized characters, as well as those of modest or anonymous actors.

Unlike its Rural opus, Communes seems to deal more with the landscape, less with the people who inhabit it. As a good Balzacian, and an attentive admirer of one of his great models, Walker Evans, Raymond Depardon multiplies in the apparently deserted images of these villages, the ghostly traces often subtle, but always omnipresent of inhabitants, including a sheet drying at the windows. . , the distribution of garden seats in an interior courtyard, an abandoned scooter at the foot of a house, which signal a discreet but insistent human presence, although slyly threatened (how many shutters are closed in the photographs taken by Depardon…). The traces here are valid for those who leave them, religious and profane spirits coexist through the pediments of churches and town halls.

More than the nostalgic observation of a mineral and solar territory to which, the day after the ordeal of the first confinement, he felt even closer, Communes by Raymond Depardon proposes to be read as a photographic manifesto, come to affirm the virtues of a contemplative revival, which now seems to affect a whole section of contemporary photography.

Gilles Moraartistic director of the Pavillon Populaire and curator of the exhibition.

Photographs were taken by Raymond Depardon with an Ebony 8×10 camera fitted with a 300mm Rodenstock lens and CatLABS film.