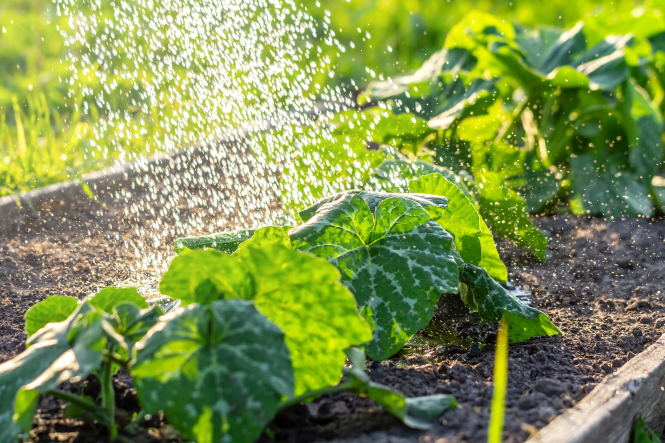 Drought restrictions have spread across France in recent weeks, but now two towns in the Dordogne have been ordered not to use water for non-essential purposes for a different reason linked to water issues. supply.

The inhabitants of Marnac and Berbiguières will not be allowed to water their gardens, wash their cars or fill their swimming pools until October 31, in order to save available drinking water.

Indeed, the local borehole is currently not being used due to “cloudiness”, the prefecture said.

Analysis of water samples showed nothing abnormal, but an alternative water source has been found for the time being, and the prefecture is encouraging residents to use bottled water to save supply. .

Read more: Bottled or on tap: How do you get your water in France?

July was the driest since 1959

July 2022 was the driest month since July 1959, said Minister for Ecological Transition Christophe Béchu, adding that the situation is now “critical”.

“Only 7.8 mm of water fell”, over the month, and “we have a rainfall deficit of 88% compared to what would have been necessary”, declared Mr. Béchu.

“An aggravating factor is that we are at the start of [another] heat wave that creates drought that saps water supplies while increasing demand [for water].”

“We are in a critical situation; it is a new sign that climate change is not a fad but a reality that is taking hold.

Mr Béchu added that the state has allocated 100 million euros to water agencies to help them develop resilience measures and water restrictions if necessary.

When asked if there were places where the situation was more worrying than others, Mr. Béchu replied: “It worries me everywhere. You have villages where there is no drinking water and you have to bring them water.

“You have animals in certain alpine pastures that don’t have drinking water and therefore have to go down to lower levels.

“Obviously you have problems with agriculture and behind that there is the question of food [supply]which quickly comes into play.

“Last Friday I signed a decree which means that in times of abundant water supply [authorities] can look at reservations and possibly take action at that time, and not just in the summer.

“We cannot wait for the first effects of the shortages [to be felt]. You have to get used to fighting waste and saving water even in winter and autumn.

“Over the past few years, we have managed to reduce our waste and water consumption by nearly 400 million cubic meters.”

Municipalities must wait for the supply of water trucks

Water supplies have fallen so low in some areas that residents have to wait for deliveries from a water tanker.

This routine is still necessary in the summer for the inhabitants of islands like Porquerolles and Port-Cros off Hyères (Var), but this year they have been relying on the service since the start of the year.

While deliveries from Porquerolles normally start in mid-June, this year they started on February 23.

The communes of Haute-Saône also had to turn to water deliveries this summer.

Thierry Hubert, from the departmental authority, said: “In winter, we don’t always have enough water. We talk about snowfall, but that doesn’t necessarily go into the water supply.

He added that the “aging distribution network” leads to “significant losses”, which return to the natural environment but cannot be used by local residents.

The town of Bouchet-Saint-Nicolas (Haute-Loire) has also had to resort to water deliveries by truck since mid-May this year.

‘A blazing sun’: Our French expression of the week

$8.5 billion profit for BP as prices soar during Russian-Ukrainian war