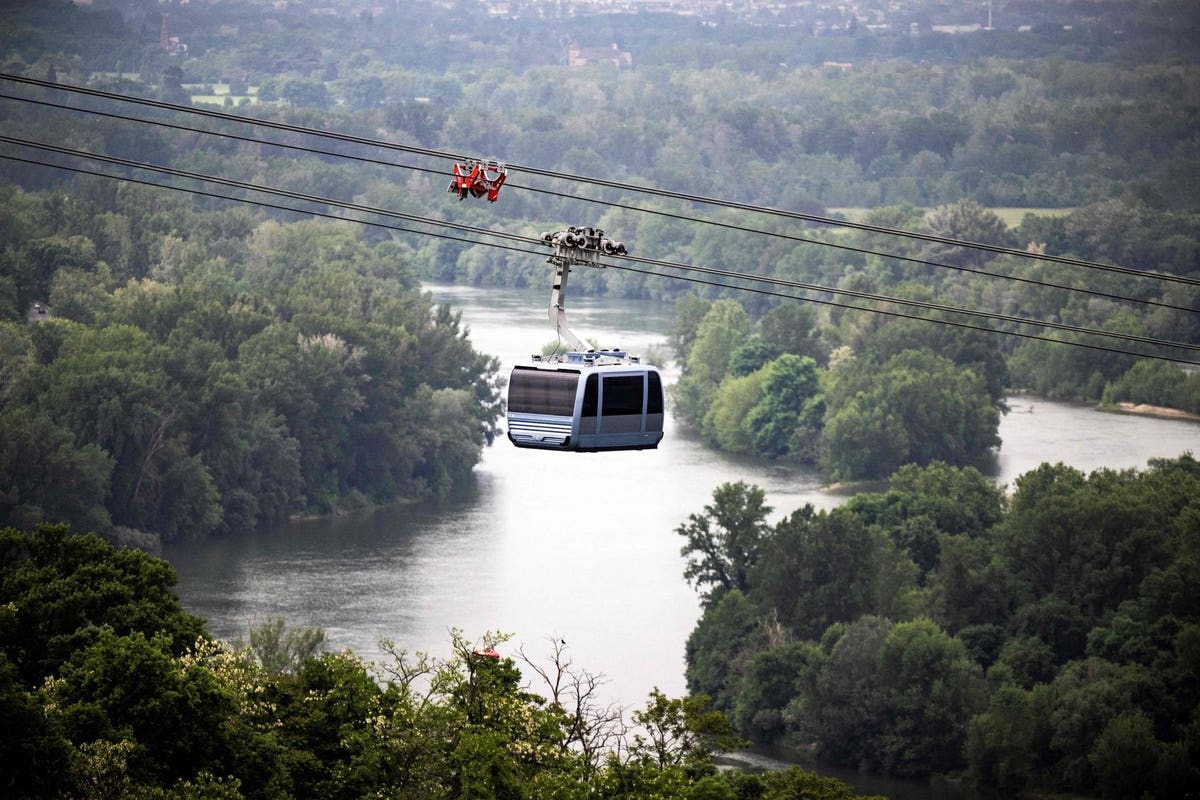 There are many engineering projects that have been delayed by Covid-19 but one in Toulouse in south-west France, delayed for more than 80 years by the outbreak of war and then by the pandemic, has finally opened this month.

It’s the longest cable car in France and it’s called the Téléo, and surprisingly it’s not in the Alps but connects both sides of the Garonne in France’s fourth largest city, Toulouse, in the South of France.

It was a man named Albert Bedouce who proposed the first plan in 1936—he was Minister of Public Works under Prime Minister Leon Blum. However, when World War II began, the city had to abandon its plans.

A cable car is a good choice of transport through the city – the area is protected to maintain its natural beauty, which limits the extension of existing and heavily congested roads. Plus, there’s over 100 meters of vertical drop from side to side.

This is the first time France has used a cable car to help congested urban areas and gondolas are expected carry 8,000 passengers per day with a car arriving every 90 seconds during peak hours.

It is 3 kilometers long (nearly 2 miles) connecting the major university and hospital to the city center and its cabins were designed by Paolo Pininfarina, the designer of Porsche and Maserati.

However, this cable car is positively a baby compared to the others. France is also home to Aiguille du Midithe cable car with the highest drop in the world starting from Chamonix and going up the side of the Mont Blanc massif.

The fastest mono cable car in the world, as reported by CNNare the Genting Highlands in Malaysia, while the Tianmen Shan cable car in China is one of the longest in the world at almost 7.5 kilometers (almost 5 miles).