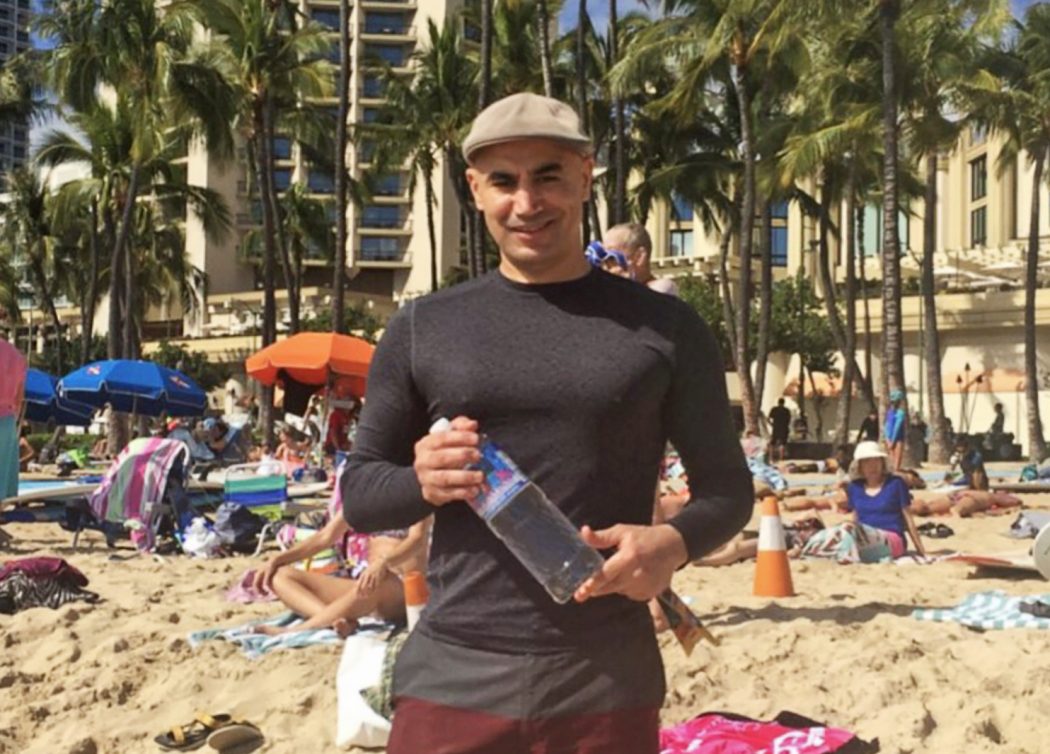 Note: Faculty Focus is a monthly series that spotlights faculty whose compelling passions, innovative ideas, and diverse areas of expertise help weave together the fabric of Brock University’s vibrant community. To learn more about the series, Click here.

Although he traveled the world as a child, there has always been a consistent language in Omar Kihel’s life: mathematics.

The Algerian-born Brock University math professor has always been drawn to numbers.

“As a child, it seemed like I had a great ease with math,” he says, “but I didn’t know mathematician was a possible career.”

Instead, Kihel’s love of sci-fi movies – with star wars at the top of the ranks – made him dream of a life as an astronomer from an early age.

Over the years, however, as his interest in numbers grew, he realized that mathematics was where his future lay.

“I like the rigor of the math, the beauty of the proofs and the fact that some problems can seem simple, understood by the majority, and yet remain unsolved,” he says. “I find that in mathematics there are questions that are of a philosophical nature: I often wonder if mathematics is one language among others for reading the world, or do we live in a mathematical world?

Kihel began studying mathematics at the post-secondary level in France, where he lived with his parents after leaving Algeria.

His father, a French teacher, inspired him to become a teacher.

“He was telling me that he’s probably not the best teacher, but that he gave his all for his students, to make sure they learned,” says Kihel. “This side of wanting to share knowledge with others definitely comes from my father. I saw how generous he was in the way he passed on his knowledge.

With this inspiration in mind and a growing desire to continue his education, Kihel decided his next step was to study in North America.

He spoke no English at the time, with only French and Algerian Arabic spoken in his family home, but received a scholarship to pursue his doctorate at Laval University in Quebec.

“At the time, I didn’t think I would stay in Canada,” he recalls, adding that he intended to finish his studies and return to France.

This plan changed after Kihel completed his doctorate in Laval and post-doctoral at CICMA (McGill University and Concordia), and realized that Canada was where he hoped to establish himself.

“I felt Canada was the country for me,” he says.

Kihel found the Niagara region and its relatively mild Ontario climate appealing, and in July 2002 landed a job that would take her to Brock University.

“I really love my career as a mathematician and feel lucky to be paid to do one of the things I love the most,” he says, reflecting on his career at the University.

Kihel credits his teachers over the years for helping to fuel his passion for math.

“Through this, I hope to have a positive impact on society.”

Kihel thinks math is often viewed as a subject to fear, with students sometimes hesitant to ask questions for fear of being judged.

“I always say there are no dumb questions,” he says. “I want my students to succeed and I do my best to be accessible.”

Kihel sees teaching as more than the transmission of knowledge.

“I want to connect students to knowledge,” he says, “and I always try to outdo myself and improve myself.”

Kihel was recognized for his efforts in 2017 with the Brock Faculty of Mathematics and Science’s Excellence in Teaching Award, an honor he calls “rewarding.”

Outside of the classroom, he has found his niche in the research field of number theory.

Kihel also has a great interest in working to make math more accessible to ordinary people – and has seen the impact this can have.

Early in his career, he gave a lecture on cryptography at a local high school. One of the students present was so intrigued that he later enrolled at Brock and eventually pursued his masters and doctorate under Kihel’s supervision.

“I’m always happy when, at the end of a lecture with a general audience, people come to tell me how an event was enough to positively change their opinion on mathematics,” says Kihel.

A career in mathematics in academia can be both demanding and challenging, he says, but it’s worth every step of the way if that’s what you enjoy.

“There’s nothing better than getting paid to do work we love.”