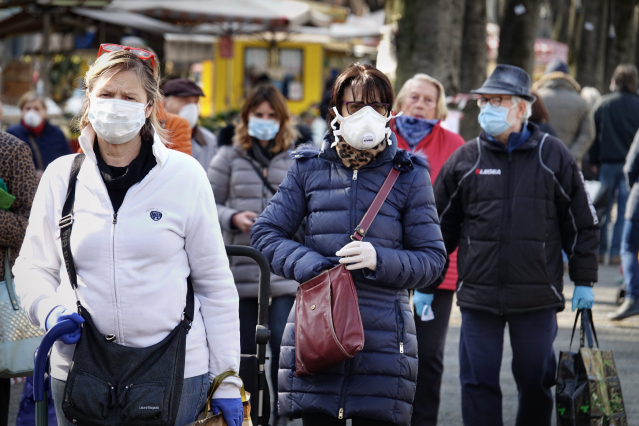 New rules on masks in central France, update on recalls

Several municipalities in central France have reintroduced the wearing of masks in outdoor areas in order to fight against the increase in Covid cases.

The new rules mean that masks must be worn in outdoor spaces, including outdoor markets, spaces where the sanitary pass must be shown to enter and at public gatherings such as demonstrations, from this week to December 31st.

Masks should also be worn inside spaces where health passes are required to enter, such as restaurants.

The incidence rate (the number of cases per 100,000 inhabitants over the last seven days) has been increasing in the department since the beginning of October and is currently 74.

That puts it above the alert threshold of 50 but below the national average, which reached 100.2 yesterday (November 15) – the first time it has exceeded 100 in two months.

Local authorities in Blois, the department’s capital, said the prefecture’s decision was good news. Mayor Marc Gricourt told BFMTV: “It is better to prevent than to treat [Covid cases], so to avoid a high number of virus cases, we need to take as many precautionary measures as possible. “

Some members of the public were less convinced. One of them said: â€œI don’t think it will be very useful outside of Blois, personally. It might be in a city like Tours or Lyon where there are a lot of people.

Camille Prette, co-manager of a bar in the city, told BFMTV: “Our customers tend to remove their masks indoors after we have checked their health cards.”

She said it was difficult to make them understand why they now have to continue to wear face coverings indoors.

â€œIt can create tensions and misunderstandings. We have a rule that is not necessarily what we would do, but we adapt to it, â€she said.

It comes as government spokesman Gabriel Attal said the government was on “a state of alert” due to the increase in Covid cases.

Speaking to France Inter this morning (November 16), Mr. Attal said the government was open to all measures to stop the spread of the virus “in principle”, but that “there are absolutely no plans to reintroduce containment, whether in the short or long term â€in France.

He said another 810,000 had reserved reminders on the Doctolib site following President Emmanuel Macron’s speech on November 9, in which Mr. Macron explained that eligible people must have reminders to keep their health cards valid. after December 15th.

Mr Attal said it would “make sense” for the same rules to apply to this age group, meaning they would have to get the booster dose in order to have a valid health pass.

Mr Attal said he hoped the immunity afforded by the vaccines would mean that future lockdowns would not be needed.

He said: â€œWe have built a wall with the vaccines and we have to make sure it doesn’t crack. “

Is the French health pass immediately updated after the Covid reminder jab?

Is the Covid health pass really in force in France?

Global Hospitality Robots Market (2021 to 2030) – Featuring Savioke, Connected Robotics, and Maidbot, among others