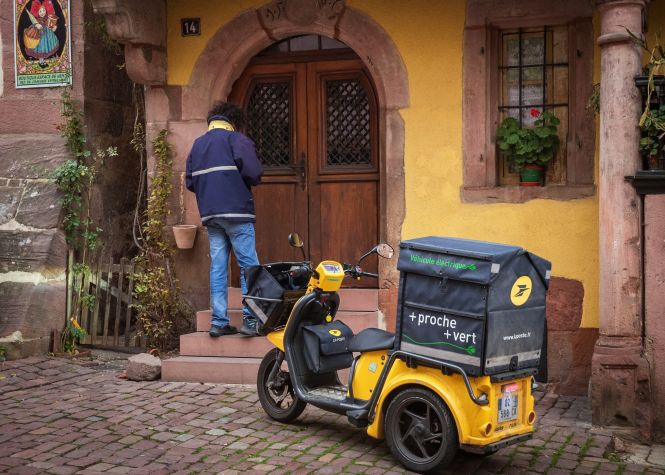 New addressing systems for homes and businesses, imposed by a European directive to standardize them for GPS, are now in place everywhere in France.

The obligation for municipalities to maintain databases of addresses in a standard format was reinforced by a measure of the Ministry of the Environment’s far-reaching “3DS” law, passed by parliament in February.

Read more: Why were the French so wary of street numbering?

The power to appoint now belongs to the municipalities

Encouraged by the yellow vests demonstrations, one of the purposes of the law was to give more power to local municipalities, including responsibility for naming and numbering roads and localities.

It follows a decade that has seen all the communes in France slowly change addresses in order to be able to adapt to the standard computer forms of a common database.

This has led to a proliferation of road signs, with old locality signs having new road names planted next to them, even where the road is called ‘Road to (place)‘

Originally intended to speed up the deployment of GPS maps and navigational aids, the change also allows the government to sell addresses to commercial companies and requires utility companies, such as EDF, to open their database of addresses. addresses to competitors if customers give their consent.

In October, EDF sent letters to all its customers asking them if they agreed to these details being transmitted.

Read more: ‘Ghost Zones’: The places in France where no one lives

Different systems in town or rural

Government recommendations to municipalities on how they should manage their address databases are still in place and have led to two different systems, one for cities and one for rural areas.

In cities, almost all addresses are numeric, with the first house in a road being numbered one and continuing down the street with odd numbers on one side and even numbers on the other.

In rural areas, almost all municipalities have followed a metric system, where houses are numbered according to the distance in meters that separates them from an intersection.

The system ended centuries of tradition in France, where many rural addresses were simple localities.

Usually it was either the name of a former occupant (At John’s was popular), or describing a local feature, such as The rocks.

This constituted a simple three-line address system, with the recipient’s name on the first line, the locality on the second line, and the postcode and commune on the third.

Now a fourth line, giving the road name and number, needs to be added, which means most rural addresses are the recipient’s name, place, number and road, then the postcode and the municipality.

There was virtually no opposition to the changes, apart from a few cafe gossip about how silly Parisians are when trying to find people in the countryside, or anecdotes about GPS driving delivery trucks in dead ends.

The modification ordinances were sent directly by the prefects to the mayors, and not transmitted by the former general tipswhich operated at the departmental level.

Residents and businesses had to bear the cost of changing addresses on stationery and taking the time to change them on all electronic forms, although advances in technology meant that many institutions, such as banks, did so automatically.

Most of the municipalities, which had to pay for the new road signs, ordered new house number plates to be given to the inhabitants at the same time.

However, the courts have ruled that they are not obliged to do so.

Residents must clearly show their new numbers at the entrance to their property.

La Poste, which is slowly trying to reduce its workforce by not replacing retiring postal workers and women, has warned that it will not deliver properties that do not.