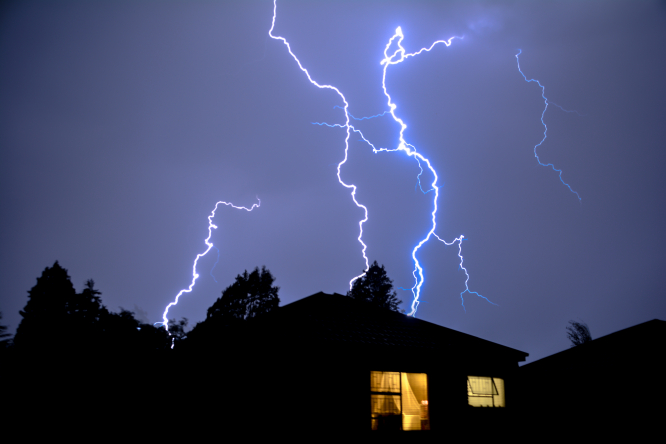 A state of natural disaster was issued to cover nearly 80 French municipalities, allowing owners to assert their insurance rights for damage caused by recent exceptional storms.

This includes 73 municipalities in Corsica, which was hit last week by a sudden and violent storm that left five people dead.

Read more: Fatal storm in Corsica: Why did the alerts come so late?

It also applies to two municipalities in the Var department, Hyères and Pradet, and to three localities in the Loire – Saint-Étienne, La Grand-Croix and Perreux.

French Interior Minister Gérald Darmanin today announced the natural disaster status in a tweet. He only mentioned two places in the Loire but La Connexion understands that the status has been granted to three places.

In accordance with the commitments we had made, the decree published this morning recognizes the state of natural disaster for the 73 Corsican municipalities which had filed a file. There are also 2 communes in the Loire including Saint-Étienne and 2 communes in the Var including Hyères. pic.twitter.com/eUZ4QA9r1q

Why was a natural disaster declared in these municipalities?

France has a system in which the indemnities intended to cover the costs caused by a natural disaster are paid from a special fund, fed by the insurance companies and the State.

But for your insurance company to compensate you for this type of disaster, the government must officially declare that a natural disaster has occurred in the municipality where you live.

Once the decree has been published in the Official Journal, the persons concerned must file a complaint with their insurer within 10 days.

Why were these municipalities chosen?

France faced a series of strong storms last week, but some regions were hit harder than others.

A deadly storm hit Corsica on the morning of August 18, bringing winds of over 200 km/h in places. It surprised meteorologists, who hadn’t expected it to hit so close to the island’s shores. Five people died in total.

An investigation has been opened to determine what went wrong.

Read more: Fatal storm in Corsica: Why did the alerts come so late?

Among the municipalities where a natural disaster has been declared is Calvi (Haute-Corse) where several bungalows were destroyed by the storm and a 45-year-old man was killed.

In the Var, in the south of France, a big storm shook the department on the night of August 16 to 17 and continued during the day.

Winds of up to 116 km / h were recorded and a hailstorm hit the department. The emergency services were called 39 times in the department during the storms.

Thunderstorms and hailstorms also hit the region of Saint-Étienne (Loire) on August 17. Images on social media showed parts of the city covered in a thick layer of hail.

Storms: in Saint-Etienne, the road was covered with a carpet of hail https://t.co/uEGolnpxUi pic.twitter.com/YKzFDY9xGu

Storms in France: what to do (and not to do) to stay safe

June floods and mudslides recognized as natural disasters in France

Belgian tourist destination gets a boost from domestic visitors