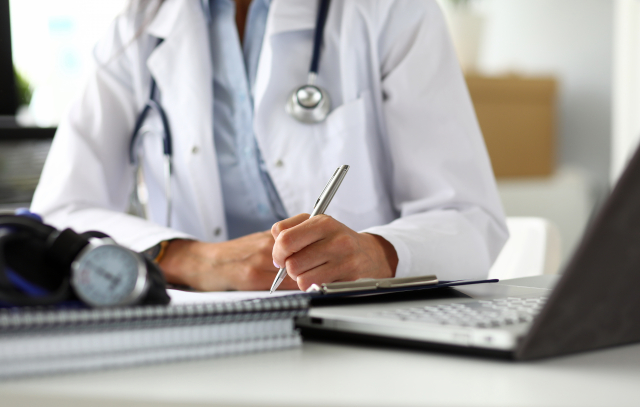 Mayor’s plea on the lack of rural general practitioners

A mayor in a rural region of France is calling on the government to do more to repair “medical deserts” – areas where there is a significant shortage of regular general practitioners, in a problem that is estimated to affect between 6 and 8 million people.

For example, in Manche (Normandy), nearly 45,000 patients do not have a regular general practitioner.

A Senate report from January 2021 revealed that between 6 million and 8 million people in France currently live in a “medical desert”, without regular access to a general practitioner.

David LegouÃ«t, mayor of Barneville-Carteret, an affected commune in the Manche department, told France 3 that the working conditions requested by a doctor to come and work in the region had “shocked” him.

He said he had received an email from a general practitioner asking him for “a moving allowance, dedicated accommodation, a car, building land and a guaranteed income of â‚¬ 6,777 net after tax” before even considering to relocate. the commune.

Mr. LegouÃ«t said: â€œWe are shocked. We have decided to denounce it publicly. You feel helpless, a doctor can demand all kinds of things, and that is unacceptable.

â€œThe studies of general practitioners are paid for by the state. And what is the condition? These are the people who live in France. We pay for their studies, so they should be distributed throughout France without leaving the desert areas.

“[The current system] creates a two tier medical system, because if you don’t have a regular GP you only get 60% back from Social Security, so that’s a double penalty.

“And don’t forget, this person [the GP] earns â‚¬ 14,000 gross per month, that’s obscene. There are plenty of people earning â‚¬ 1,500 a month who have no help paying their accommodation or transportation costs.

â€œIn the past, these kinds of requests were made by word of mouth, but now they’re not ashamed, they just write them down. “

In 2018, the mayor of the then commune, Pierre GÃ©hanne, had already proposed a highly publicized package in order to make the post of generalist more attractive. This included an apartment with a sea view, restaurant meals and even use of the mayor’s boat.

Currently, the municipality has indicated that it could offer paid GP housing for two years.

He said that in his town, some residents have to wait several weeks before being able to see a doctor, against only a few days in better served areas.

What incentives do GPs currently receive to locate in rural â€œwhite areasâ€?

Currently, the Health Insurance offers aid of â‚¬ 50,000 to general practitioners who settle in these territories, for a four-day work week.

This money is paid in two parts: 50% at the signing of the contract and 50% a year later.

For some particularly rural areas, the amount is â‚¬ 60,000.

The department of Manche has already launched a communication campaign to attract general practitioners to the region, in particular by emphasizing the beautiful landscapes, natural spaces and sea views of the region.

The department has also funded other measures, such as paying students to study at the faculty of Caen, in exchange for their promise to stay and work in La Manche.

Jacques Battistoni, president of the generalist union MG France, considers that the general practitioner who shocked Mr. LegouÃ«t “is simply making his demands in the same way as an employee negotiating a job”.

He said: “For [the job] to be competitive, the general practitioner must find the equivalent of the salary and working conditions that he would find in a care unit or in a retirement home.

â€œIt is important today that the municipalities help the doctors to settle down, by ensuring that they will have reception staff or medical assistants, so that they can arrive and devote themselves from the start to the customer base. ”

The doctors themselves say that it is not always easy for them to move around the country. Many finish their long years of education around the age of 30, when they may already have a permanent home, a partner and even children in school.

Likewise, working as a general practitioner is not always a respected job in the field, and many doctors work alone for up to 72 hours a week.

Yet the government has discussed the matter recently, with several bills aimed at requiring general practitioners to work in medical deserts for a set period after graduation.

The Senate suggested that from November 1, 2022, any financial aid to doctors must be conditional on them having worked in at least one “medical desert” for at least six months.

And tomorrow (November 19), around forty deputies should propose to parliament a bill that would oblige young doctors to work in these so-called white areas.

One of the deputies, from Ille-et-Vilaine, told Ouest-France: â€œFor 15 years, each health minister has offered incentives to bring doctors to medical deserts: tax exemption, signing bonuses , remote calls, multidisciplinary health centers, hospital communities … Everything has been done … everything. But that still doesn’t seem to be enough.

â€œA radical change is needed. We therefore propose to regulate and supervise the employment of doctors, like that of pharmacists. They will not be able to settle where they want.

â€œThey will go to work where there is a need. This proposal provides for an obligation to practice in a â€œdisadvantagedâ€ area for three years after obtaining a doctorate, and a mandatory notice of one year before leaving.

The deputy for Seine-Maritime, SÃ©bastien Jumel, is due to present to the National Assembly on December 2 a bill aimed at setting up regional university courses for doctors, according to the needs of the territory.

He said: “Of course, I have met doctors’ unions who defend the rights of general practitioners to freedom, but I would answer that the equality of citizens and the right to health are just as important.”

Prescription for glasses to be made without an ophthalmologist in France

Panorama of the French health system in 2021

Most popular US tourist destinations for European travelers