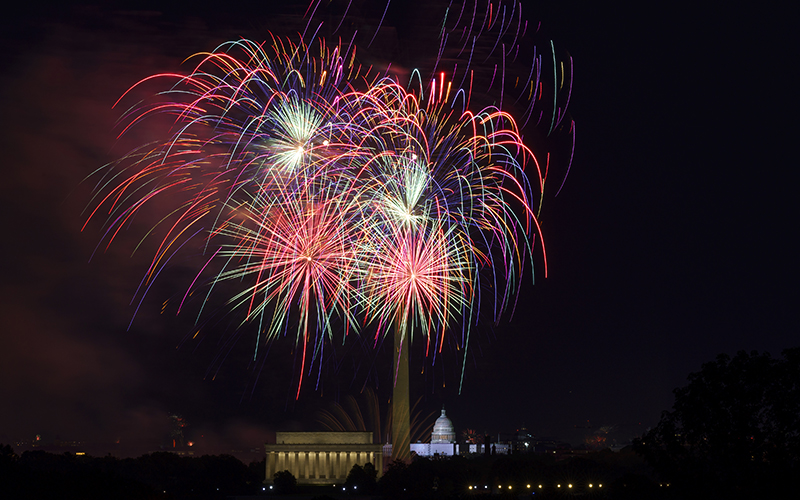 I applaud the decision of some American orchestras to remove Tchaikovsky’s “1812 Overture” from their July 4 concert programs. This musical composition is a tribute to the military power of Tsarist Russia, in particular the Russian victory over Napoleon’s invasion Grand Army at the Battle of Borodino in September 1812. When Napoleon withdrew from Russia at the end of that year, Tsar Alexander I declared that, to commemorate the Russian victory, he would build a cathedral in Moscow to Christ the Saviour. Construction was nearing completion in 1880 when Tchaikovsky received the commission for what became known as the “1812 Overture.” It had its world premiere in a tent outside the cathedral construction site in August 1882. Although the piece earned the Tchaikovsky estate huge sums of money, the composer himself admitted that his heart was never in the project and wrote: “It is impossible to approach without reluctance this kind of music which is intended for the glorification of something which, deep down, does not enchant me at all. But there’s no denying that Tchaikovsky’s brief works produced a truly catchy piece of music.

Nonetheless, we should look beyond the specific situation of 2022 and remove the “1812 Overture” from all future 4th of July concerts in the United States.

This proposal will certainly not please Boston Pops bandleader Keith Lockhart, who, when interviewed by the New York Times, claimed that the Pops would perform the piece this year “to celebrate independence and freedom and the people who are willing to sacrifice a lot”. for that to happen. In his opinion, openness can remind people of “the perils of aggression.” The Russians of 1812, he said, were the Ukrainians of 2022. The fundamental problem, he says, is “the attempt by authoritarian powers to dominate other powers.” In Illinois, the Napierville Town Band kept openness to their program, and the narrator described it as a “representation of all victories over oppression, including our own War of 1812” and made reference to the Battle of Gettysburg.

You don’t need a doctorate in history to see any real problems with such arguments, although it might be worth requiring more study of European history in high school. Of course, Napoleon and his allies violated the territorial sovereignty of Tsarist Russia by invading and briefly seizing Moscow. Napoleon also had an authoritarian side and was hardly a consistent enforcer of the French revolutionary values ​​of “liberty, equality and fraternity”. But portraying Napoleon as an oppressor bent on erasing the freedom of the Russian people, in contrast to Russia as a pure and virtuous victim of aggression, is far from accurate.

If time machines existed and one was in danger of being deported to 1812, any sane person would choose Napoleon’s France over Tsar Alexander I’s Russia, especially if they were likely to end up doing work. agricultural. Russia was a repressive, absolutist, serfdom-dependent agricultural society, by which peasants were bound to the land they worked and, by extension, to the owners of that land. Not quite slavery, but it should be borne in mind that today’s Ukrainians are, to a large extent, descendants of people who fled to the southwestern border regions of the Russia precisely to escape serfdom.

In France, serfdom had largely expired de facto by the 1300s and was formally abolished in 1789 during the French Revolution, along with other aristocratic privileges. Even absolutist Prussia, in a crisis of reformism after its crushing defeat by Napoleon at the Battle of Jena in 1806, abolished serfdom the following year. (Russia only abolished it in 1861, shortly before the abolition of slavery in the United States)

In 1812, as in the wars that have followed until today, authoritarian Russian leaders relied on patriotic and religious themes to induce the people to forget their misery and rally to the cause of Mother Russia. But an analogy between the Russians of 1812 and the Ukrainians of 2022 is baseless. They are fighting for values ​​dear to Americans. In 1812, the Russian people fought de facto to preserve the dead hand of history.

Across the vast expanse of continental Europe which he, for a time, freed from repressive absolutist monarchies, Napoleon implanted systems of rule of law and professional public administration that largely remained in place over the next two years. last centuries. Despite his fall into the personalist regime, Napoleon embodied a modernization program whose seeds survived Waterloo and the temporary restoration of European monarchies. His Russian contemporary Alexander I, on the other hand, is best known as the godfather of the absolutist powers of the Holy Alliance of Europe, conceived in a fit of religious mania to protect the divine right of kings and suppress any expression of liberal values.

In other words, Napoleon was much closer than the tsar to the progressive currents of the beginning of the 19e century, the currents were best embodied—albeit imperfectly—in the new United States.

It should also be remembered that, in the Atlantic theater of the Napoleonic wars, American sympathies leaned towards France, and Jefferson and Madison were visible Francophiles. During the War of 1812, the United States aided Napoleon de facto by immobilizing British military assets, but without any real alliance.

Considering all of this history, it’s kind of odd that Americans would make a celebratory Tsarist anthem like “The 1812 Overture” such a big part of our National Day celebrations.

To counter the decision on abortion, to move from recriminations to development We need American industry to counter the next world food crisis

It is hoped that Putin will disappear from the scene and that Russia will adopt less aggressive policies. Until then, at least, we should leave the opening out of our 4e July musical programs. Indeed, I think it should simply be replaced for good by something more frankly American.

It’s much shorter than “1812 Overture”, but I wouldn’t mind seeing Aaron Copland’s “Fanfare for the Common Man”.,written to honor Americans who fought in World War II, as the centerpiece of our 4th of July concerts.

Eric R. Terzuolo was a foreign service officer from 1982 to 2003. He currently teaches at the School of International Service at American University. For many years he was on contract with the Foreign Service Institute, the professional development unit of the State Department responsible for Western European studies. Before joining the foreign service, he studied Eastern European and Russian history at Stanford University and taught Russian history at Gustavus Adolphus and Mount St. Mary’s colleges. The opinions expressed here are purely personal.

Millions are due refunds on expensive credit cards and payday loans – are you due a cash refund?