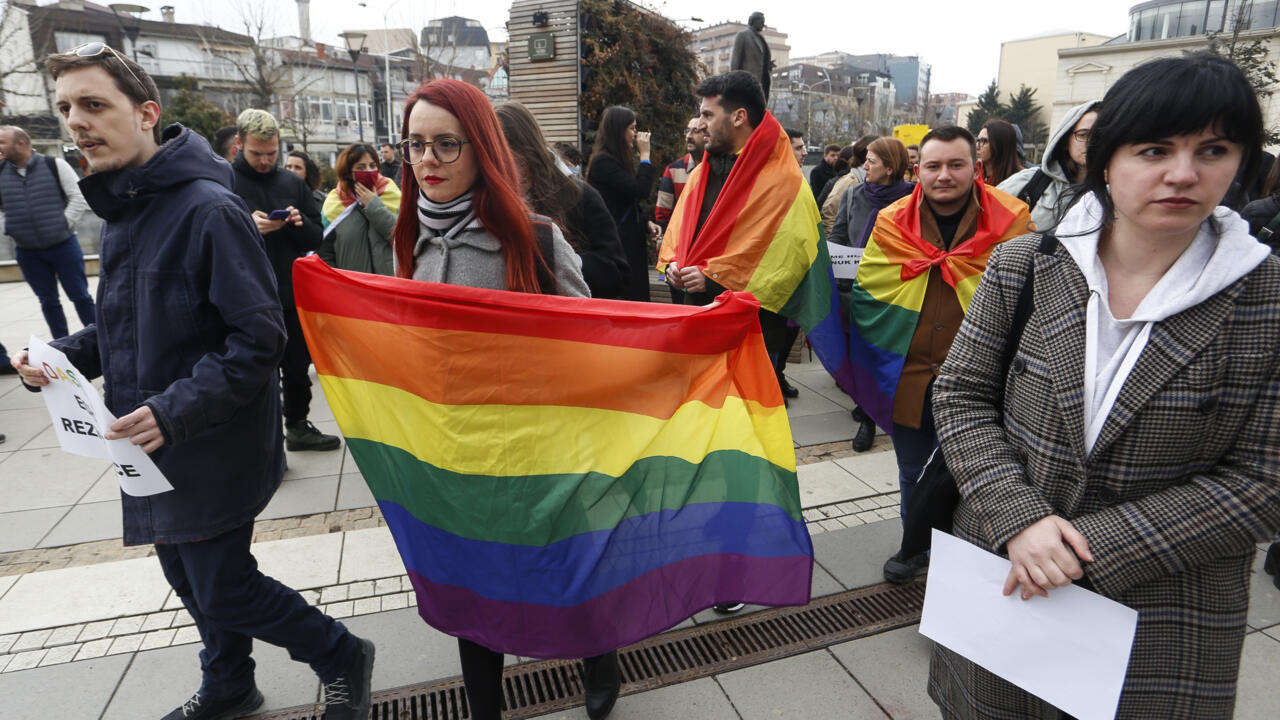 Prishtina (AFP) – For Flamur and his gay partner, freedom is confined to the four walls of a Pristina apartment. Only behind the lock and key can they be themselves as the ultra-conservative society outside continues to label their love as ‘unnatural’.

The Kosovar couple hid their relationship for eight years.

Whenever they meet in public, mutual friends are invited so as not to arouse suspicion. They are also hesitant to post on social media at the same time.

“It’s hard to live a double life,” Flamur, an alias he chose for fear of possible stigma, told AFP.

“We are constantly careful not to stand out.”

Despite its pro-Western leadership, Kosovo is a largely conservative society and homophobia is widespread. More than 90% of the population is Muslim.

Although recent surveys are unavailable, a 2015 study by the US-based National Democratic Institute (NDI) found Kosovo to be the most homophobic country in the Balkans, a region not known for its tolerant views on sexuality.

Last month, there was a glimmer of hope for change.

Kosovo’s left-wing Prime Minister Albin Kurti pushed for a law that would recognize same-sex civil partnerships, but the motion was overwhelmingly rejected by parliament.

Even many representatives of Kurti’s Vetevendosje party voted against, including a hijab-wearing MP, Labinote Demi Murtezi, who called any non-heterosexual relationship “depravity and moral degeneration”.

Had the reform passed, Kosovo would have become the first Muslim-majority country in the world to recognize same-sex unions.

Flamur said he believed “society as a whole” was not ready for such a change. The rejection of the legislation “clearly shows how far we are from equal rights in Kosovo”.

Although he has come out to his family, most of them believe that being gay is just a phase and he will change one day.

Only his young parents supported him and demand that he be accepted as he is.

But even though Kurti has suffered politically for championing widely unpopular legislation, the activist-turned-politician said he has no intention of giving up the fight for equality.

He recently told a local TV channel that he wanted to present the reform to parliament “as soon as possible”.

But he is sure to meet even fiercer resistance from a united front of those who would oppose the law.

Even the chairwoman of Kosovo’s parliamentary human rights committee, Duda Balje, openly opposes same-sex unions, saying they “do not belong to the culture, the tradition in which we have lived and live “.

The issue has inspired various religious leaders – Muslims, Catholics and Jews – to speak out against the legislation saying they would “never accept unions…between two people of the same sex”.

“We believe that the word and will of God are being directly violated,” read a joint letter.

The fact that these religious figures have united to oppose same-sex unions raised an eyebrow at political analyst Rron Gjinovci.

“We have never seen such unity when it comes to, for example, corruption scandals,” Gjinovci told AFP.

“Watch out! You won’t be sitting in your chair if the law passes,” one post warned.

Kosovar society is “captured by a heterosexual system” which prevents homosexuals from entering “key economic, political, cultural and social activities because of their identity”, according to local gay online platform Dylberizm.

Those brave enough to come out, like Blert Morina – one of Kosovo’s first openly transgender people – believe that passing the law would be “in line with Kosovo’s aspirations to be recognized as a democratic and inclusive”.

Some public figures, such as the famous lawyer Arianit Koci, have stressed that there is no stopping the wheel of history.

Although Flamur acknowledges that change is “inevitable”, it will take time.

“I think the authorization of (gay) marriages and the benefits that come with it will come in eight to ten years,” he told AFP.

But some can’t wait that long.

A 21-year-old lesbian said she felt “deeply miserable” to the point of contemplating suicide.

“If my family finds out, they’ll fire me.”