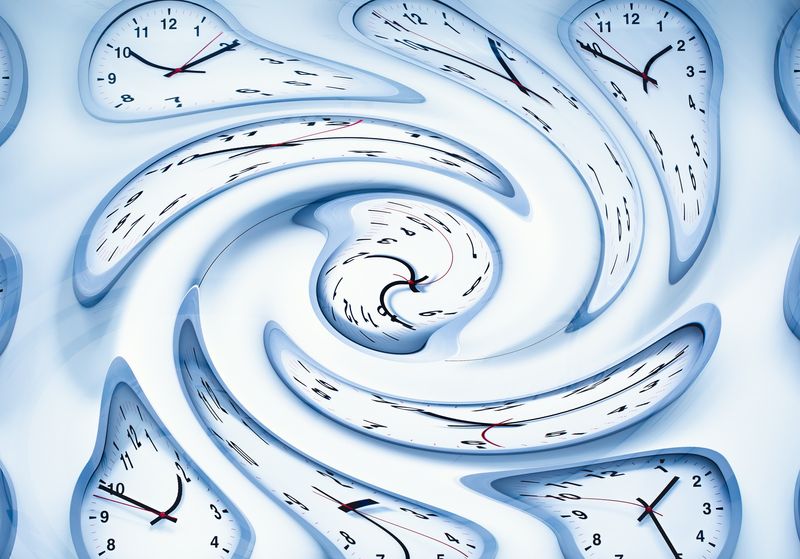 JCome back to life in 2020, when the COVID-19 pandemic prompted governments to impose travel restrictions, lockdowns and other measures meant to protect people from a then-novel virus raging across the world. You, like many others, have probably felt that time passes more slowly than ever when you live without the many forms of human contact that once filled daily life.

Now a large team of scientists from around the world have captured what it was like to live in “Blursday”, as they call it: feeling like time has stood still due to a sense of isolation. They published these results, along with other effects of distorted time perception too slight for an individual to notice, last week (August 15) in Nature Human behavior.

The scientist spoke with co-author Maximilien Chaumon, a researcher at the Institut du Cerveau et de la Moelle Épinière (ICM) in France, about how he gathered the different types of data on time perception, mainly from data from online surveys conducted in nine countries during the first two years of the pandemic – which were included in the Blursday database, which other scientists can now freely access online alongside the 14 questionnaires and of the 15 behavioral tasks used to collect the data.

Incidentally, adds Chaumon, the team decided on the name Blursday after co-author Virginie van Wassenhove looked up the term on Urban Dictionary. According to this entry, Blursday was originally a term for a day lost due to a lingering hangover, but it was widely used in early 2020 to describe a feeling of days becoming indistinguishable from each other.

The scientist: Where did the idea to perform these tests and generate this database come from?

Maximilian Chaumon: The perception of time is not a sense in the classical sense. When we talk about our senses, [not] our sense of time but our sense of sight, touch, etc., we think of those sensory receptors. And the perception of time has no such receptors. It is a psychological construction, in fact, which has a very multifactorial and very complex origin. And it was the Timing Research Forum that launched this project, and above all [study coauthor] Virginie van Wassenhove.

See “How time is encoded in memories”

COVID has given Virginie the opportunity to finally get a huge amount of data on this very complex cognitive construct. Basically, we know that our sense of time is strongly influenced by the environment, by our emotional state, by our physiology, by circadian rhythms, our state of isolation, etc. And these effects also have effects on our well-being and possibly on our mental health. That’s sort of the angle that triggered this study, in the sense that this massive disruption that COVID-19 has created, with its containment, on our daily routine, the way we use our time, the way the time unfolds during the day, and initial reports of people reporting getting lost in their week, not knowing if it was today or if it was Monday or Tuesday, etc. You may have experienced this yourself.

CM: You remember how it was during the first days. And so basically, Virginie, just when we were no longer confined to France, initiated this massive set of measures, trying to address all possible aspects of our perception of time and our sense of time in general. You may have seen it in the newspaper. . . we have a huge list of many different tasks set up to measure different aspects of our sense of time, as well as general questionnaires, and tasks that address some more well-known psychological scales, like depression, anxiety, etc. The idea was to then correlate these tasks and measures in many countries.

The idea behind this article is to say, “Okay, now that we have this huge data set, we can’t analyze everything ourselves.” All the contributors to the articles, its 30 authors, each one of them brought in a task or a quiz or a bunch of them and started analyzing things themselves. That’s where I jumped in, offering to gather the data, put it together, and provide this little server that allows anyone to access [the database] on a web browser. The main purpose of the article was basically to say, “We want this data to be open” and to make it available for the community to study, as well as to present some results.

TS: In general, you found that isolation leads to an increasingly distorted perception of time, right? Can you describe to me some of the tests you performed to determine this?

CM: Well, all of these quizzes are very well-known quizzes that have scales, and have been measured and calibrated for a long time. We mostly picked the ones we needed for a specific question.

However, in terms of isolation, it was one of the items of a questionnaire. We therefore have no specific analysis linked to isolation as such. But the subjective feeling of confinement was calculated from the answers of several of these scales, [combined] in order to obtain a scale, ranging from feeling very lonely to feeling less lonely, and each of these was based on specific psychological tests.

We are looking at a very well-known effect in psychology. . . Which one is [based on] when people are asked retrospectively to estimate how much time has passed since a given landmark. . . . After a random number of tasks, we suddenly asked them, “Okay, how long do you think you’ve been logged into this experience today?” And they gave us a quote. This estimate ranged from one minute to three hours or more, but we removed some of the very long times, which we found to be unreliable. And so what happens when you do that is you can map how much time has actually passed and how much they think has passed, okay, and you can map the two metrics to one compared to the other. And you see a very classic effect here: that people tend to slightly overestimate short durations and underestimate longer durations. . . . more [we] add the effects of confinement. Under lockdown, people tended to overestimate shorter durations less, and vice versa for longer durations. . . . We see that the tighter the locking, the shorter the relative duration estimate, so the smaller this ratio between the duration estimate and the actual clock duration.

We know that our perception of time is strongly influenced by the environment, by our emotional state, by our physiology, by circadian rhythms, our state of isolation, etc.

We have some interesting effects here that basically show a proof of principle that it is possible to do real measurements with this data.

TS: Given your specific role in building this Blursday database and making it available to the public, how do you see yourself, your co-authors or other researchers using it? Are there any specific questions that are easier to answer now?

CM: I think it’s really for scientists who have a hypothesis to test. Scientists will have to be in the field in some way already to be interested in these things. These are quite specific values, so psychologists are familiar with some of these scales and may have questions about [them]. We [used] many very standard tasks; maybe you know this task: it is the tendency to reject the rewards that will be collected later in the future, compared to [an] immediate reward. This is a very general task that many scientists interested in decision making, for example, use. One of them may end up looking at this document and [wondering], “Oh, is there an effect of the participant’s isolation on their ability to discount or less in this case?” This may be an easy question. I just made it up, though.

TS: Have you ever received requests from researchers interested in the data?

CM: So far? No. . . . I think people can actually get the data from the database very easily; there’s the address in the log, and you don’t need us to get the data. And that was the goal. My involvement in this project is [making it so] more people are able to do it without me. This type of project can otherwise take so long and the data is so complex. That’s also why I kind of organized it in a way that could be expanded if new data were to come in. But people can use it without asking us [for specific data]which can easily become a nightmare.

TS: Are you still collecting new data for the measures you have?

CM: There is no data collection at the moment, to my knowledge. But all protocols are available online. Free, of course, and people are welcome to contact us if they want more information.

Editor’s Note: This interview has been edited for brevity.