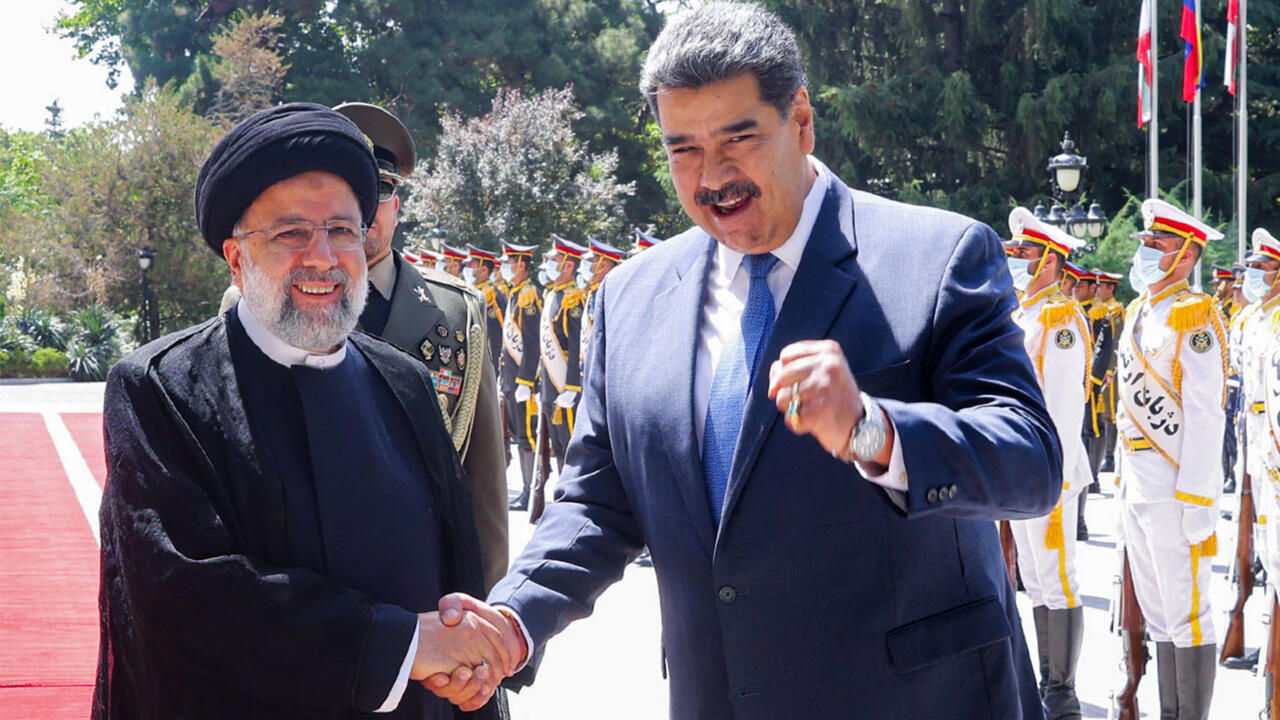 Tehran (AFP) – Iran and Venezuela on Saturday signed a 20-year cooperation agreement between the two allies subject to US sanctions during a visit to the Islamic Republic of Venezuelan President Nicholas Maduro.

The signing of the agreement “shows the determination of senior officials of the two countries for the development of relations in different fields”, Iranian President Ebrahim Raisi said.

Maduro, speaking at a joint press conference in the Iranian capital, said the cooperation covered the energy and financial sectors as well as “working together on defense projects”.

Alongside Russia, China, Cuba and Turkey, Iran is one of Venezuela’s main allies. And like Venezuela, it is subject to severe US sanctions.

“Venezuela went through difficult years but the determination of the people, officials and the president of the country was that they had to resist the sanctions,” Raisi said at the press conference, quoted by state television.

“It is a good sign that proves to everyone that the resistance will work and will force the enemy to retreat,” added the Iranian president.

In addition to the 20-year agreement signed by the foreign ministers of the two countries, “Iran and Venezuela signed documents on cooperation in the political, cultural, tourism, economic, oil and petrochemical fields”, said the official IRNA news agency.

“We have important cooperation projects between Iran and Venezuela in the fields of energy, petrochemicals, oil, gas and refineries,” Maduro said.

From July 18, direct flights would operate between Caracas and Tehran “to promote tourism and union between our countries”, he said, adding that “Venezuela is open to receive tourists from Iran “.

The Iranian president also underlined the importance of direct flights between the two capitals, saying it could pave the way for strengthening “trade and economic relations as well as bringing the two nations closer together”.

Bilateral ties between the two oil producers were strong under late Venezuelan socialist leader Hugo Chavez and were further strengthened under his successor Maduro.

In May, Iranian Oil Minister Javad Owji met Maduro during an official visit to Venezuela, which has the largest proven crude oil reserves in the world.

Owji also met his Venezuelan counterpart Tareck El Aissami for talks on finding ways to deal with the economic sanctions imposed on the two countries by the United States.

Owji’s visit to Venezuela, which has the world’s largest proven crude reserves, came just weeks after a visit by US officials amid rising global oil prices due to the war on Ukraine. .

In March, a US delegation held a hushed meeting with Maduro, whose very legitimacy as president Washington disputes.

Iran is a major oil producer and said in April production capacity had returned to levels before the reimposition of US sanctions under President Donald Trump in 2018.

In 2020, Venezuela received two shipments of fuel and derivatives from Iran to help deal with crippling national shortages.

Iran is the third country Maduro has visited this week after trips to Turkey and Algeria.