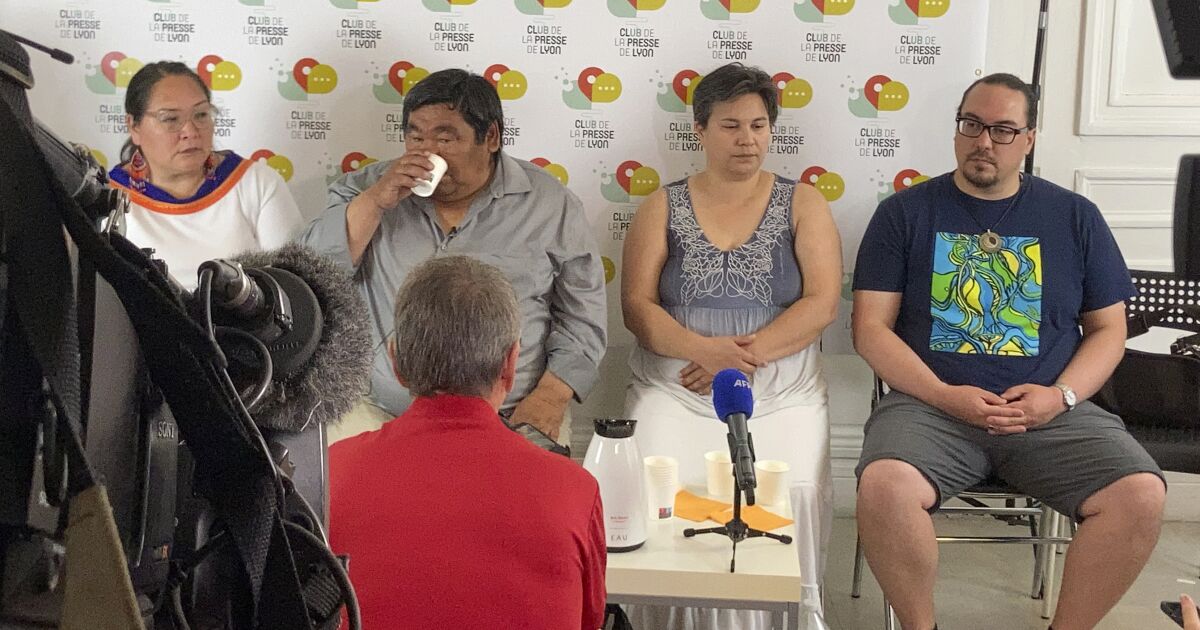 Inuit plead for priest’s return to Canada amid abuse allegations

A priest accused of sexually abusing Inuit children during his mission to their Canadian Arctic community has told alleged victims and their relatives who traveled to France to confront him that he would not return to Canada to be interrogates.

The 10-member Inuit delegation met with the Reverend Joannes Rivoire this week, hoping to persuade the nonagenarian to return with them to Canada, where they want him to face justice. Canadian police are also asking for his arrest for sexual assault.

But the Oblate priest refused and denied any wrongdoing, members of the delegation said Thursday at a press conference in Lyon, the city in southeastern France where Rivoire lives in a retirement home.

The daughter of one of the priest’s alleged deceased victims compared the encounter to coming face-to-face with “the monster”.

Tanya Tungilik said she blamed the priest for her father’s death. She said her father also suffered from alcoholism and recurring nightmares.

“He has no remorse,” she said of Wednesday’s encounter with Rivoire. “I left. I didn’t want to hear his lies.

France traditionally does not extradite its citizens – a policy reiterated by the Justice Ministry in Paris when the Inuit delegation also visited there for a meeting this week.

During the press conference in Lyon, the delegation and its lawyer urged the French authorities to make an exception in this case. The Canadian government has previously said it has also asked France to extradite Rivoire.

The delegation members reserved an extra seat for their planned return to Canada, hoping the priest would return with them.

The group alleges that the priest abused 50 to 60 children when he was stationed in their community from the 1960s to the 1990s.

The priest has previously denied the abuse allegations.

A Lyon-based attorney for the priest did not immediately respond to an Associated Press phone message Thursday seeking comment, and the attorney’s office said he was in court on another matter.

The Inuit delegation also met in Lyon with the Reverend Vincent Gruber, a representative of the Missionary Oblates of Mary Immaculate. The delegation said Gruber told them he had started proceedings to expel Rivoire from the church.

Canadian authorities first issued an arrest warrant for the priest in 1998 on charges of multiple counts of sexual abuse.

Canadian police said Thursday, in response to questions from the AP, that they also received a complaint in 2021 “of sexual assaults that occurred approximately 47 years ago involving a female victim.”

Police said that after an investigation, Rivoire was charged with sexual assault in February this year and a Canada-wide warrant was issued for his arrest.