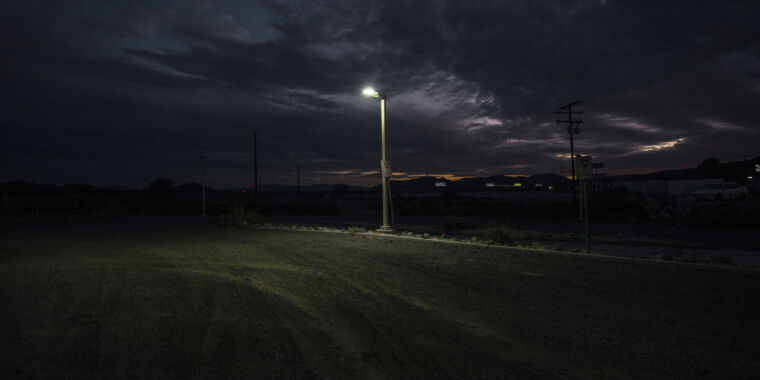 How the “stars” help the French keep the night sky dark

There has been a constant stream of concerns that artificial lights are regularly eroding our ability to see the stars. And a recent essay published in Science describes how artificial light affects the timing of events such as plants greening in the spring and leaf coloring in the fall. It is one of the many recent studies which demonstrate the direct or indirect impact of light pollution on plants and animals.

“People realize that darkness is not [longer] darkness. This is one of the factors which contributes in particular to the decline in the variety of species as well as to the decline in biodiversity, â€explains Jacques FalcÃ³n, emeritus researcher at the French Center for Scientific Research (CNRS).

Now, thanks to a volunteer program in France, more and more communities are taking measures to limit light pollution.

Organize for the dark

Despite this growing body of evidence, the use of artificial light has steadily increased in recent years. A 2017 study shows that from 2012 to 2016, the area illuminated by artificial light in the world increased by 2.2% per year.

While French laws recognize light pollution, the level of public awareness about it is not the same as for air or water pollution. To alleviate this problem in France, the ANPCEN association (Association for the Protection of the Sky and the Nocturnal Environment), of which Falcon is a member, was created to encourage action against light pollution in France. Every two years, the association publishes a list of French towns and villages that receive stars for their efforts in mastering artificial light.

â€œWe launched the label, from one to five stars, in 2009. It was 10 years after the creation of our association. It is not only a great exercise in enhancing the value of the beneficiary municipalities, but also an encouragement to progress for the neighboring towns and villages â€, declared Anne-Marie Ducroux, Honorary President of ANPCEN.

An indication of the growing popularity of this initiative can be measured by the increase in the number of municipalities that have voluntarily participated over the past 12 years. While the first list published in 2009 has only 39 municipalities, the one published this year has 364.

According to Ducroux, the ANPCEN favors a global approach to the fight against light pollution. â€œWe deal with different aspects related to biodiversity, energy, health, climate, astronomy and public spending, all at the same time, to aim for consistency of choices. We raise awareness not only at local municipal level but also at national level, such as Parliament. We are also participating in advocacy actions which have made it possible in particular to include light pollution in four laws and several regulations, â€explains Ducroux.

The participating municipalities must complete a ten-page questionnaire covering, among other things, energy consumption, biodiversity, citizen awareness and the measures taken to avoid intrusive lights. Each element of the questionnaire has a score, and the sum determines the number of stars awarded.

A town that has been awarded three stars is Veyrac, located in the south of France. According to Franck Selleret, municipal councilor in charge of sustainable development of the municipality, the key element of the â€œstarred villageâ€ initiative is that it motivates you to look into certain aspects of the administration such as energy consumption and rectify any problems you find.

â€œWithout a doubt, obtaining these stars also gives credibility when it comes to requesting funds for the development of the commune,â€ he says. Personally for Selleter, dark nights are also an opportunity to pursue his interest in astrophotography.

Ducroux wishes to see a growing number of municipalities and private actors involved, because all light sources contribute to light pollution.

FalcÃ³n says that even though he lives in a small village, the quality of the night sky is poor due to its proximity to a large city. â€œEven though small towns turn off lights at night, big cities release such an enormous amount that it can be seen from miles away,â€ he says. He says it should be mandatory for big cities to implement measures against light pollution.

FalcÃ³n adds that if the problem of light pollution is not solved, it will end up having a dramatic impact on species, including humans.

â€œA recent study has shown that artificial light triggers a decrease in the population of nocturnal pollinating insects. This directly impacts the plants because pollination is not carried out correctly. As plant species decline, the daytime active insects that depend on these plants also decline, as they do not receive enough food to survive. It affects insects at night, plants and also has a rebound effect on insects during the day.

Artificial light also has an impact on mammals, FalcÃ³n says. â€œAll species are related. When one element of the system is touched, the entire system begins to feel the effect. So even if the whole system doesn’t totally collapse instantly, studies show that this is likely to be the problem in the long run. “