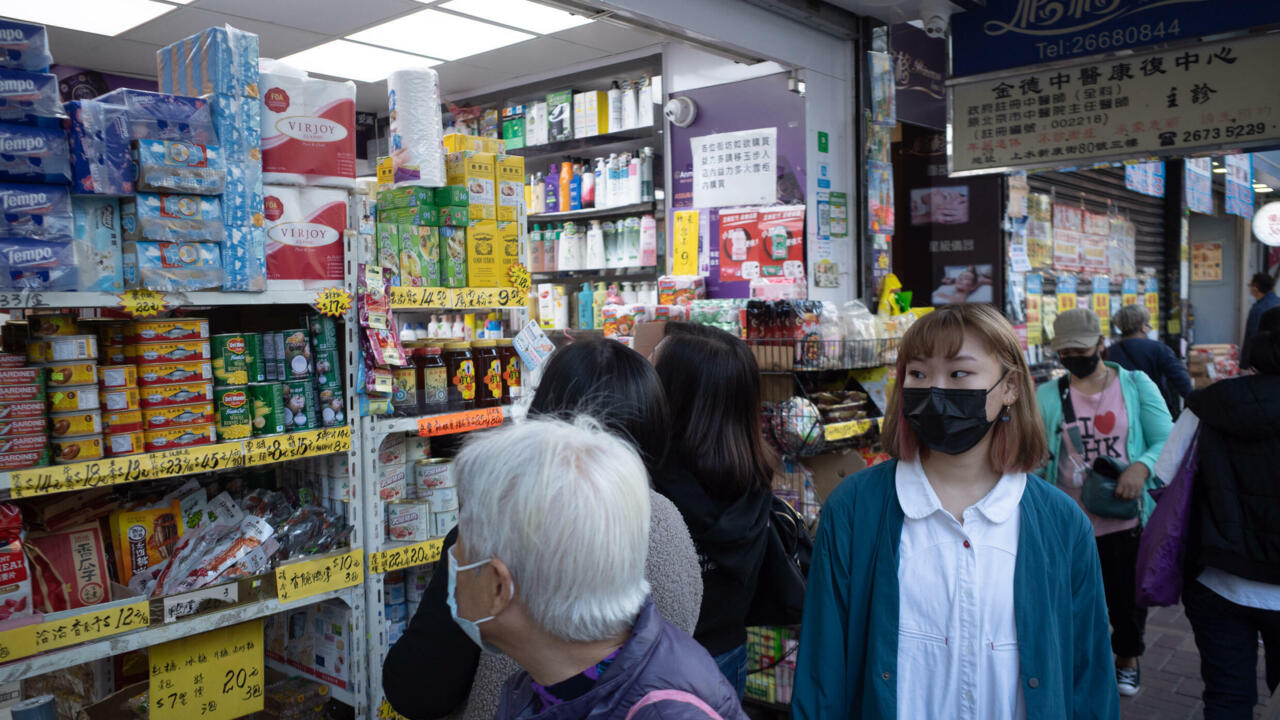 Hong Kong (AFP) – Three years of democracy protests followed by a pandemic devastated Hong Kong retailers who had grown accustomed to depending on money from mainland Chinese tourists.

In a city that once boasted some of the highest commercial rents in the world, the market has collapsed.

But a border town seized the opportunity to develop its local economy.

Sheung Shui is the first city of the main land border crossing and once flourished as a place where duty-free goods could be purchased for resale in mainland China – a process known as parallel trade.

â€œThe impression people have of Sheung Shui is that of parallel traders and mainland China,â€ said Eugene Chan, 22, who has lived in the neighborhood since childhood.

Chan recalled the sidewalks flooded with people filling their luggage with cosmetics, formula or household products to meet huge demand across the border.

But all of that disappeared following huge rallies for democracy followed by border closures linked to the pandemic.

In January 2019, just before the protests began, arrivals from the mainland hit a record 5.5 million, a remarkable figure considering Hong Kong’s population is 7.5 million.

“This is a huge loss of demand,” Simon Smith, senior director of research and consulting at Savills, told AFP.

“This wave of spending on the continent, particularly focused on luxury goods, watches, jewelry, designer goods, has really taken rents to new heights.”

Hong Kong’s popular shopping districts used to boast of “golden streets” where store rents were more expensive than those on Fifth Avenue in New York City.

Now, Smith said, prime location store rents have undergone a “substantial correction” and are down to 2003 levels, down more than 75% from record highs in 2013.

Analysts have noted a rebalancing towards more local consumption, with some prime stores in shopping areas taken over by more budget-friendly companies.

At a large site in the central Hong Kong district – which commands some of the highest retail rents in the world – luxury brand MCM was replaced last year by sporting goods chain Decathlon, which has won the storefront for HK $ 800,000 ($ 103,000) per month – a discount of 70 percent, according to local media.

Similar rent cuts have been documented in Causeway Bay, another once very expensive shopping district.

In Sheung Shui, entrepreneurs like Dream Law seized the opportunity to start businesses that cater more to locals – in his case, a grocery store.

The inflated rents meant community businesses – such as hardware stores, bookstores and movie theaters – were overpriced, he said.

“It felt like this community didn’t belong to us, and it had been for years.”

The economic situation in border towns like Sheung Shui turned into protests from 2012 and has been a major factor contributing to the rise of Sino-Hong Kong tensions over the past decade.

When the pandemic struck, Law saw a silver lining in lower rents and launched BeWater Mart, which focuses on â€œmade in Hong Kongâ€ products.

His store, as well as a nearby cafÃ© and pottery workshop, represent a wave of emerging businesses trying to meet local demand.

â€œI hope the people of Sheung Shui can come back here to live and spend,â€ Law said.

Hong Kong, which has followed China’s lead in adopting a strict zero Covid policy, is now in negotiations to resume normal travel with the mainland in limited capacity.

Polls have shown that many Hong Kong people are eager to cross the border for business, tourism and family reunions.

The Hong Kong government’s proposal for a daily quota, which would be around 1,000, will not have “a significant impact” in bringing tourism spending back to pre-pandemic levels, said Smith of Savills.

On the eve of a reopening of borders, it is not yet clear whether Hong Kong’s retail economy will revert to its mainland-dependent model or chart a new course forward.

Chan, a resident of Sheung Shui, said the border closure was just a “pause” and that she was concerned about the return of parallel traders.

But until then, she would focus on the present.

â€œI finally got a friend of mine to say that he wanted to come and visit Sheung Shui to try a restaurant (â€¦) that’s a happy change,â€ Chan said.

â€œThe atmosphere isn’t as stuffy or hectic, and instead it feels like a small community. I think everyone breathes easier.â€

Europe is reinstating a host of Covid-19 restrictions during the holidays. Here is an overview.