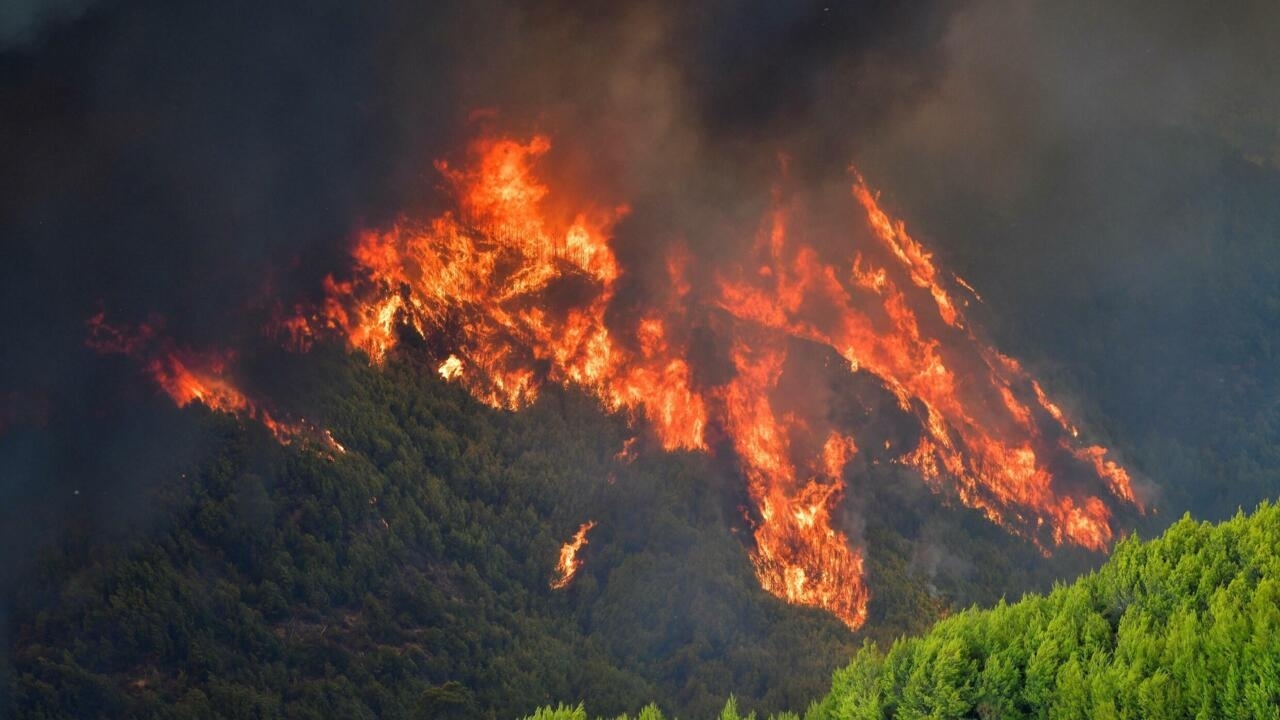 Greek firefighters battled Thursday to bring two major fires raging near Olympia and on the island of Evia as the country suffocates in a record-breaking heat wave.

More than 170 firefighters, fifty trucks, six helicopters and water bombers have been deployed near the ancient archaeological site, cradle of the Olympic Games, on the Peloponnese peninsula.

Olympia, usually crowded with tourists at this time of year, as well as six neighboring villages, were evacuated the day before.

A similar number of firefighters were also struggling to contain a blaze over Evia, some 200 kilometers (120 miles) east of Athens.

At least 150 houses were destroyed on the island as the fire surrounded a monastery and a dozen villages.

Mantoudi town mayor Giannis Tsapourniotis said the blaze was moving on four fronts, including one particularly difficult to control near Saint David’s Monastery, which was evacuated on Wednesday.

Strong winds on Thursday made it difficult for firefighting planes to access the blazes, with poor visibility due to thick smoke, the ANA said.

Firefighters said Thursday they had to deal with 92 forest fires in the past 24 hours, in addition to 118 the day before.

“We are fighting a battle of titans,” Deputy Minister of Civil Protection Nikos Hardalias told reporters. â€œThe hardest part is yet to come.

Neighboring Turkey is also suffering from its worst fires in at least a decade, killing eight and forcing hundreds to evacuate to southern areas popular with tourists.

Experts have warned that global warming is increasing both the frequency and intensity of these fires.