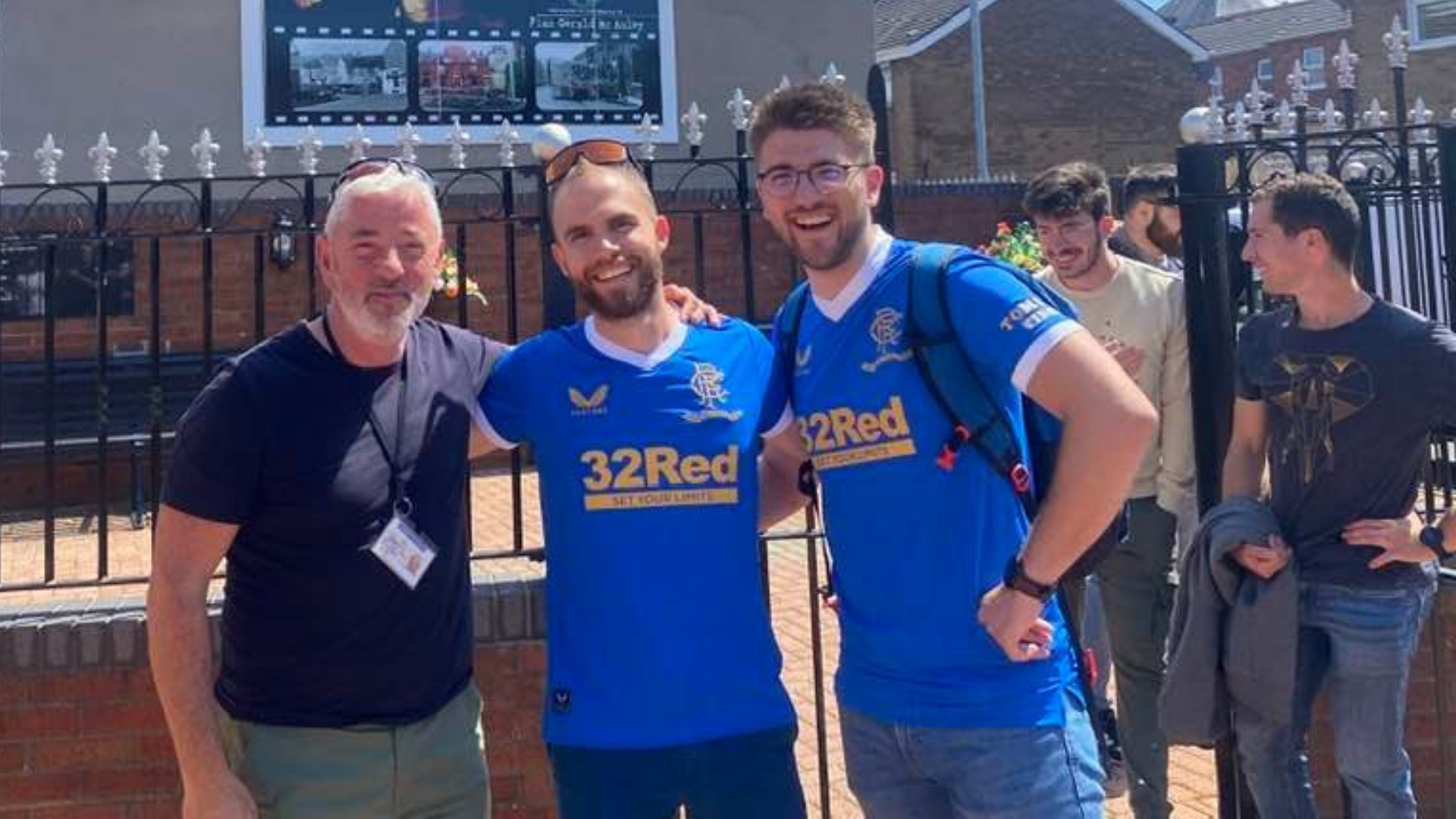 TWO unsuspecting French tourists have been tricked into buying and proudly wearing Ranger tops on a trip to Belfast – only to be seen wearing them in a predominantly Celtic part of town.

The pair were spotted wearing this year’s Rangers home shirt by Peter Hughes, who lives in Belfast.

He revealed he spoke to the two men as he saw them walking around the area, which has a strong Catholic tradition.

Needless to say, the French were completely unaware of the impact their fashion faux pas could have until Mr Hughes informed them.

And it turns out that a cheeky shopkeeper told them they were buying “Belfast” tops.

Mr Hughes said: “I ran into these two guys on Falls Road today, asked them where they were from, they said France

“I was politely explaining that there weren’t too many teddy bear jerseys in that area (Falls Road).

“They said it was like Man Utd and Man City

“I told them it was a little different

Meanwhile, Rangers are keen to sign Stoke City left-back Josh Tymon but may have to wait.

Giovanni van Bronckhorst wants to strengthen his squad after reaching the Europa League final and 23-year-old Tymon is top of the list.

However, Rangers will either have to sell Borna Barisic or qualify for the Champions League group stages to fund the deal.

Stoke will want around £5million for Tymon, who turned good after signing as a teenager from Hull City.

Gers are also on high alert for Crystal Palace goalkeeper Jack Butland as doubts form over his future.

Butland, 29, worked his way into Patrick Vieira’s side at the end of the season.

However, he has often been the second choice since signing in 2020.

The Light Blues and promoted Bournemouth have both shortlisted the goalscorer.

The Cherries may be just looking for cover while Rangers’ interest revolves around their European ambitions.