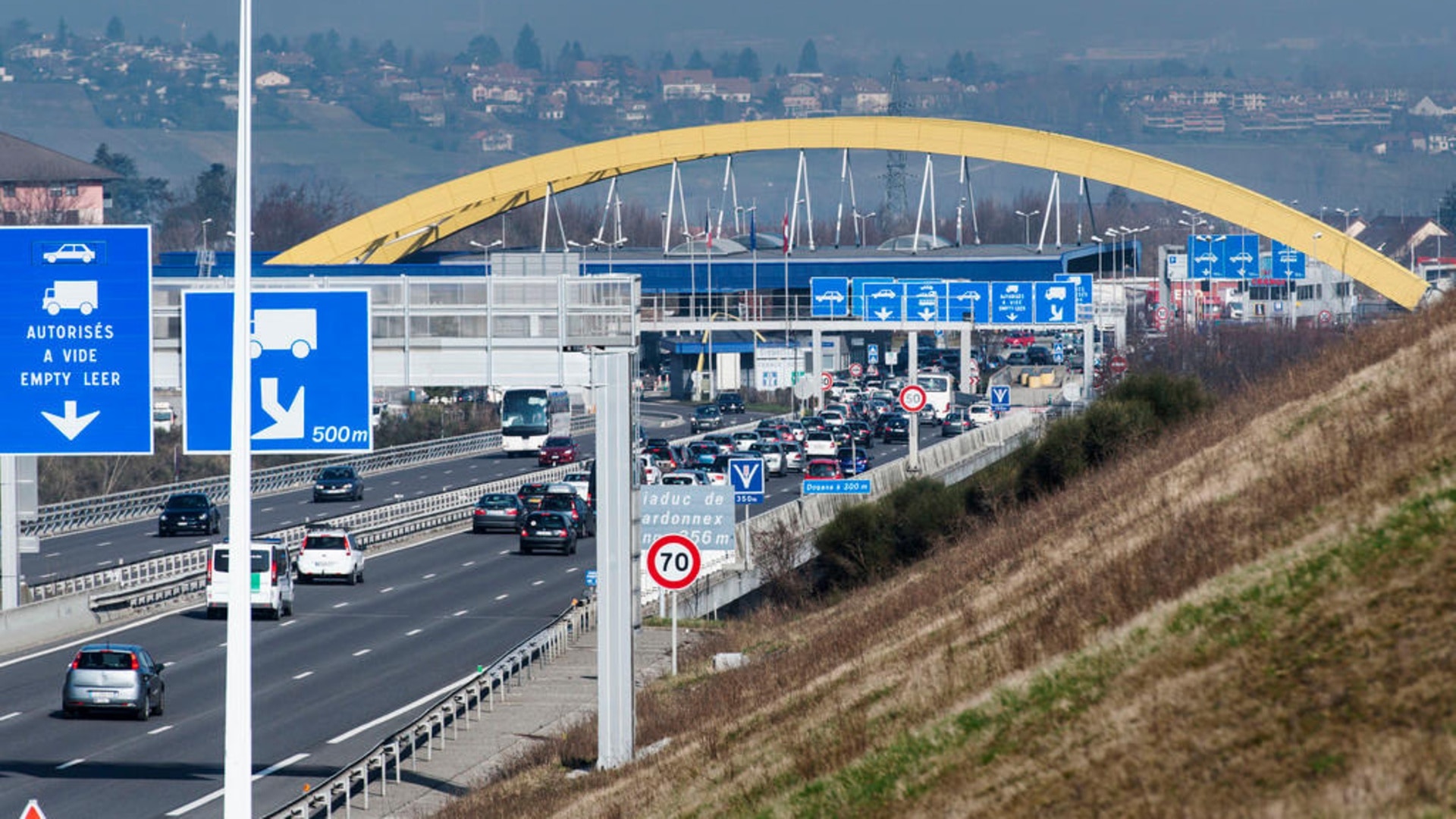 French municipalities step up the fight against “false” secondary residents

French municipalities bordering Geneva are stepping up their search for so-called “false residents” – around 20,000 undeclared Swiss, who claim to live in Switzerland to avoid paying taxes in France.

The Swiss public broadcaster, RTS, reported on FridayExternal link that the French commune of Saint-Julien-en-Genevois had recently sent a list of Swiss license plates to Geneva authorities to help track down fake secondary residents living in neighboring France. The RTS specifies that the municipality wishes to expand this list or introduce systematic controls of false residents. The Geneva cantonal authorities told the broadcaster that more details were needed from the French authorities to process such a request.

It is believed that there are around 20,000 undeclared Swiss or “false residents” in the French regions bordering Geneva – Swiss who live most of the year in French communes and work in Switzerland, but who declare their French home as a second home and claim their main residence in Switzerland. These Swiss taxpayers residing in France deprive the French municipalities where they reside of tax revenue estimated at 22 million euros (25.5 million Swiss francs or 27.5 million dollars), according to the Pôle Métropolitain du Genevois Français, a group of French pressure concerned by the question.

Currently, the State of Geneva levies withholding tax on the wages of French residents who cross the border every day to work in Switzerland for higher wages. Two-thirds of this tax – or 1 billion francs (1.1 billion dollars) – is retained by Geneva, while the other third is paid to the French tax authorities to be distributed among French municipalities according to the number of cross-border workers. registered in France.

After taking part last year in a campaign urging Geneva’s “false inhabitants” to confess, the mayor of Saint-Julien-en-GenevoiExternal links, Antoine Vielliard, now wants to track down false residents of other Swiss cantons, reports RTS on Friday. It is estimated that around a third, or 7,000, come from other French-speaking cantons such as Vaud and Valais.

“It’s not a witch hunt or a stigma,” Gabriel Doublet, the mayor of the French commune of St-Cergues, told RTS.External link. “We want to encourage people to regularize their situation and we insist that people take responsibility as citizens.”

Vielliard indicated that the commune of Saint-Julien-en-Genevois would welcome the newcomers. But he insisted that the growing region and public services in great demand in French communes must be properly funded, in particular new bus routes, sports and cultural facilities, schools and nurseries.

He added that the agreement between France and Switzerland on the automatic exchange of tax information, which entered into force on January 1, 2018, was an incentive to come forward.

Although the French authorities deny having expelled Swiss citizens living in France, the RTS reports a certain climate of fear among its interlocutors.

“For several days, French customs officers watched me, waiting for me at a bend in the road. Then they came to my house in uniform,” a Swiss man told RTS anonymously in a January 21 report. External link

His car was seized by the French authorities and he was fined several tens of thousands of francs for not declaring his permanent residence in France.

“The French authorities talk about raising awareness. But in my case, I received a heavy penalty. It was overzealous,” he commented.

Switzerland’s second largest city sits at a busy crossroads with France and the Alps. Just under a million inhabitants live in the city and wider region known as Greater Geneva, the Franco-Valdo-Genevois region between Nyon in the canton of Vaud, Bellegarde-sur-Valserine, Annemasse, Meyrin, Bonneville, Thonon -les-Bains and Geneva. By 2030, the region is expected to grow by at least 200,000 inhabitants.

According to official statistics, the population of the canton of Geneva is expected to increase by 21% between 2015 and 2040 to reach 587,500. The population of the cross-border Geneva region (cross-border Geneva, which is only slightly larger than Greater Geneva), is also expected to increase to between 1.2 and 1.3 million between 2015 and 2040. ​​​​​​​

This article was automatically imported from our old content management system. If you notice any display errors, please let us know: community-feedback@swissinfo.ch