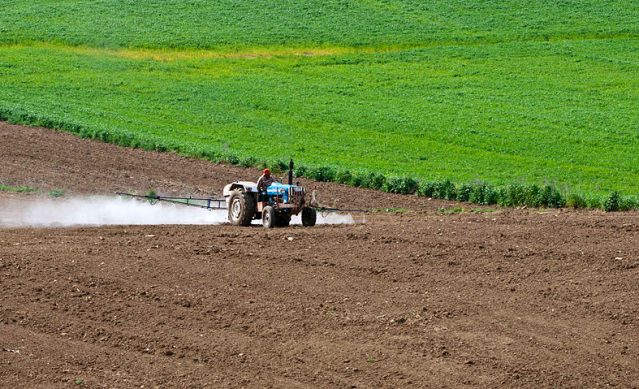 This article was last modified on March 9, 2021. The title and summary have been modified due to better accuracy for our readership.

The mayors of 10 municipalities have introduced new regulations against the use of pesticides under local laws against hazardous waste disposal and neighborhood disturbances.

The mayors of Arcueil, Bagneux, Cachan, Gennevilliers, L’Ã®le-Saint-Denis, Malakoff, Montfermeil, Nanterre, Savigny-le-Temple and Sceaux – all municipalities of Ile-de-France – presented the new decree on 3rd of March.

The new decree has three articles:

President of the Collectif des maires anti-pesticides, and deputy mayor of Sceaux, Florence Presson declared that a model decree “is available to all municipalities wishing to act in the same way” on collective website.

It follows a ruling by the French Council of State at the end of 2020 according to which mayors do not have the power to ban pesticides in their municipalities.

He said such decisions could only be taken at the national level by the state.

Read more: Local anti-pesticide laws are not allowed in France

But the mayors say they are entitled to introduce the new decrees under a European Commission rule that defines pesticide waste as “hazardous”.

They were also inspired by a similar decree filed on January 11 in La Montagne, a town of 6,200 inhabitants in Loire-Atlantique.

â€œThe dispersion of pesticides must be controlled so that there is no question of products being spilled on people who have not asked for them.

“To prohibit this decree would be to say that a neighbor who paints his wall and also puts paint on my wall is not responsible for his actions.”

Following the decision of the Council of State, the local authorities updated the decree on February 22 to say that, as in La Montagne, pesticides were now strictly subject to the rules of waste management and noise pollution.

Mayor Ã‰ric Piolle noted: â€œSubstances from pesticides end up in water, gardens and homes, and people’s lungsâ€¦ those who use pesticides must be responsible for controlling and disposing of them.

Negative response from the authorities

Environmentalists have even suggested that mayors invoke a constitutional right to protect citizens from pesticides.

Daniel Ibanez of the environmental group Friends of the Earth said that, as stated in the French constitution: â€œFreedom is the power to do anything that does not harm others, such as leaving garbage on a neighbor’s property.

But the prefectural authorities of Loire-Atlantique did not agree.

The prefecture sent a letter to the mayor of La Montagne asking him to withdraw the order within 48 hours.

He said pesticides were products that had been created with “a specific purpose” that disqualified them from the category of waste.

But the mayor has not withdrawn the order and will appear before an administrative court to decide the case.

More than 100 mayors have tried to enforce local rules restricting the use of pesticides since 2019.

Hang In, Illinois, And Cap Interest Rates At 36% On Payday Loans | Editorial

The Paris Commune, 150 years later – from the siege of the capital to “Bloody Week”