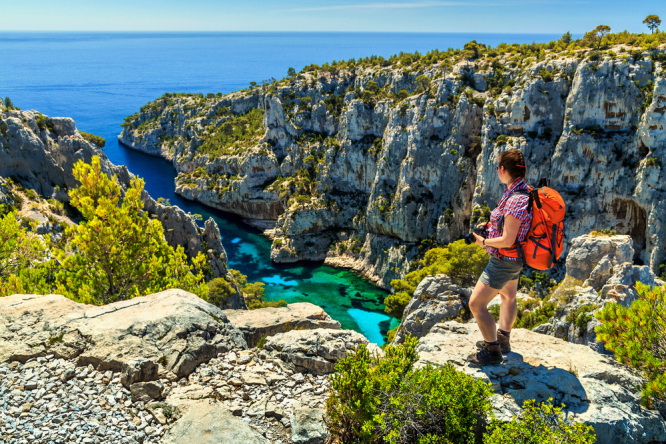 National parks in France are suffering from overcrowding, prompting authorities to expand an awareness campaign on how best to respect the environment.

The Federation of Regional Natural Parks sounded the alarm after noting that too many visitors were putting the spaces at risk, especially as foreign tourists were starting to return following the pandemic.

In Occitania, in the south of France, 20% of the territory is covered with national parks, which extend over 583 municipalities. In total, there are 58 national parks (and natural areas considered worthy of similar protection) in France.

Country hikers are among those who advise paying particular attention to the protection of birds and small mammals and to respecting the flora.

Federation member Léa Chariol told France 3: “If your dog is off-leash on a hike, he can get off the trail and disturb ground-nesting birds or small mammals living in the natural area.

“As for the flora, the main problem is trampling it, if you don’t stay on the marked path, or if you pick flowers and berries.”

The federation has just launched a new campaign intended to alert tourists and local residents to the risks, and allow people to continue to visit the parks without risk to the environment. The campaign is intended to be light and catchy.

It includes 20 pictograms, which are now displayed in natural spaces. All have a colorful design and the instructions are based on well-known song lyrics. All the pictograms are visible on the federation website here.

They include warnings about:

Between tourism, agriculture and global warming, in the Parks, as elsewhere, biodiversity is under pressure and is suffering heavy damage. However, simple gestures can contribute to its preservation. #WhenWeArriveInPark https://t.co/V1SgB3QzWB pic.twitter.com/9642daLkEZ

Ms Chariol said: “The risk of fire is the big news this year, but not respecting signage is also a major risk. These small behaviors add up. When it comes to one person, it doesn’t really have an impact, but when there are dozens and dozens of people, it starts to cause problems.

The program was first tested last year in the Catalan Pyrenees, but now covers the whole of France. It is expected to extend to all of Occitania in particular, where two new national parks are being created.

Over the next 10 years, 884 municipalities in the region will be incorporated into national park areas.

It comes just days after managers of the Calanques National Park (Bouches-du-Rhône) warned hikers and other trail users not to build large “cairns” – small piles of pebbles or stones – the along paths or trails, as this could damage fragile ecosystems.

Hikers in France warned against building ‘cairns’ on trails and paths