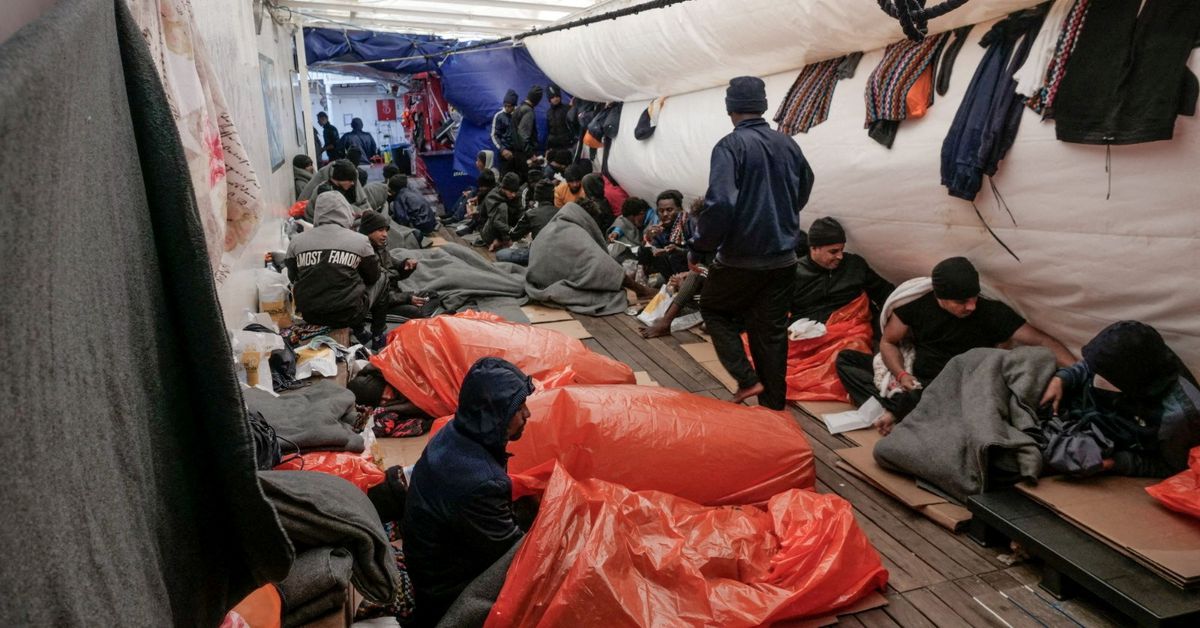 ROME/PARIS, Nov 9 (Reuters) – France has criticized Italy for refusing to let a charity ship carrying more than 200 migrants dock in its ports. A government spokesman on Wednesday described the attitude of the new right-wing government in Rome as “unacceptable”.

The Ocean Viking vessel has been at sea for more than two weeks since its first rescue in the central Mediterranean and is now heading to France in the hope of finding a place to disembark its 234 migrants there.

Late Tuesday, Italy expressed its “appreciation” for “France’s decision” to share responsibility for the migrants.

However, a French government spokesman said diplomatic talks were still ongoing with Rome to try to resolve the fate of the ship and said Italy should help those in distress at sea.

“The Italian attitude is… unacceptable. Italy must play its part,” Olivier Veran told franceinfo radio. The Italian government did not immediately respond to a request for comment.

A source from SOS Méditerranée, the charity group operating the Ocean Viking, said they planned to reach the French island of Corsica on Thursday morning and were prepared to travel to Marseille if not allowed to disembark there.

However, it was not yet clear whether the ship would eventually dock in France.

“It could still happen in Italy since the ship will pass through Sardinia en route to France,” SOS Méditerranée manager Sophie Beau told BFM TV on Wednesday. “If it’s not Italy, it absolutely has to be France, there’s absolutely no choice, these people have to get there as soon as possible.”

A total of four charity ships carrying around 1,000 migrants have been stranded off Italy in recent days, with the government urging flag states Germany and Norway to take them on.

Two of the boats landed in the city of Catania, Sicily, on Tuesday after the government initially allowed only those it deemed vulnerable to disembark. A third, smaller ship was allowed to dock in the southern port of Reggio Calabria.

Italy has seen a surge in migrant landings this year, with almost 88,700 people arriving so far in 2022, compared to 56,500 in the same period last year. About 15% was recovered by charity ships.