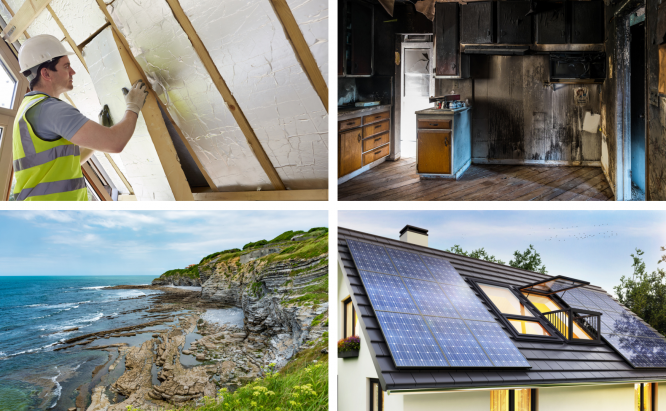 Reduced rates on financing via the CEE housing renovation program

Since May 1, households have been receiving around 30% less money for certain projects thanks to one of the main housing renovation aids in France aimed at making properties more sustainable.

The device, with MaPrimeRénov’, is one of the main aids available to owners to modernize their housing. Unlike MaPrimeRénov’, owners of second homes, regardless of their residence status, are eligible.

Read more: CEE: the bonus for the renovation of main and secondary residences

The amount that households can get from this scheme to subsidize thermal insulation work has been reduced since the beginning of this month, despite energy prices rising across the country.

Hellio, a firm specializing in eco-renovation, recently highlighted the problem, saying grants to cover a range of insulation upgrades, including to floors, walls and ceilings, are now between 21 % and 33% lower.

“This comes at the expense of households, who will be less able to finance their home improvement projects,” said Marine Offel, head of Hellio’s public and legal affairs department. She added that the reductions will also affect the professional sector, with construction costs rising significantly.

The program was first introduced in 2006. It requires energy companies to meet certain targets for improving properties’ energy efficiency scores. As companies get closer to these goals, they gradually reduce the amount of subsidies they give.

This reduction was long anticipated, but comes at an unfortunate time with rising energy prices.

Read more: Explained: How to apply for a renovation grant for your French home

Along the same lines, CEE funding to insulate attics, roofs and foundation floors is due to end on July 1 of this year.

The French government published last week (April 29) a list of 126 French communes at risk of coastal erosion over the next century.

The majority of municipalities are located along the Atlantic coast or on the edge of the English Channel. There are 41 in Brittany, 16 in Normandy and 31 in New Aquitaine.

You can see the list here, which will be updated every nine months.

In areas threatened by coastal erosion in the next 30 years, new construction is prohibited, with some exceptions.

In areas threatened by coastal erosion for around 100 years, new construction is still permitted but will eventually come with an obligation to demolish the building when the threat increases.

All municipalities on the list will have to establish a “coastal risk prevention plan” which will map coastal erosion over the next 30 and 100 years. Up to 80% of this plan will be financed by the State.

The mayor of Trégastel (Côtes d’Armor), a municipality on the list, welcomed the obligation to have a plan.

“If we say that we are renovating the city center and that in 20 years it will be under water, is it useful to renovate it today, shouldn’t we think about seeing it differently? Xavier Martin told AFP.

But Elodie Martinie-Cousty of the NGO France Nature Environnement wonders about the limits of the list of municipalities.

“These 126 so-called priorities are ridiculous compared to the 864 communes threatened,” she told AFP.

She said the 864 communes, while not necessarily immediately at risk of coastal erosion, are “particularly vulnerable” to temporary flooding, especially during storms. About 1.5 million people live in these floodplains.

She believes that “too much construction has still been authorized on the coast” and that the new provisions “are not adapted to the challenges”.

In a previous real estate roundup, we told you about a new tool developed by a French start-up that calculates when your street will be submerged by rising sea levels.

It was created by Callendar, a climate risk specialist. See the immersion calculator here.

Essentially, you enter your address into the calculator, and it will give you estimates of when that street will be under water.

Callendar also published a study in February which found that 6,000 to 9,000 properties sold over the past five years in France will be submerged by sea level at high tide by 2050.

He found that another 15,000 properties will become flood hazards before the middle of this century.

In France, it will become mandatory to inform buyers and tenants about the risks of coastal erosion when a property is put up for sale from 2023.

If your municipality is on the list, we would like to hear from you. Let us know by email news@connexionfrance.com

The number of households in France wishing to install solar panels on their homes has increased considerably, according to energy renovation specialist Effy.

In France, households pay 10% VAT on solar panels with a capacity of up to three kilowatts peak (the equivalent of eight panels and a roof area of ​​15 to 20 square meters). Beyond that, the VAT is 20%.

“In the UK, the VAT on solar panels for private properties is 0%,” Mr Bocquet said.

“We want the VAT rate to be more attractive, another way to [households] to reduce the bill. »

Mr Bocquet said that if homeowners were considering installing solar power, one way to recoup money was to resell the electricity they generate.

For this, you must make a request to Enedis, which manages the French electricity network.

There may be a charge of €50 to connect your panels to the network (this is the case if Enedis has to create a new connection point).

The owners then sign 20-year contracts with a buyer to resell the electricity, getting a fixed rate for each kWh of electricity sold.

You only get money back on the electricity you sell, not on what you keep for your own property.

A squatter burned down a house. Who pays for the damage?

A house fire, presumably caused by a squatter, caused considerable damage to a property in Castanet-Tolosan, a town southwest of Toulouse.

He raised the question: Who is responsible for paying for damage to the house, the squatter or the landlord?

“In theory, it is the squatter who pays for the repairs,” explains Le Figaro Romain Rossi-Landi, a lawyer specializing in real estate law.

The problem, however, is that the squatter is probably not in a financial position to pay for the damages and is also unlikely to be insured.

If this is the case, then the owner must turn to their insurance company to cover the costs, which may not pay, depending on the owner’s policy.

If the owner only has a basic insurance policy that covers public liability – a compulsory element of the most basic policies – the owner will then only be covered for damage caused by the fire to a neighboring property.

In order to be covered for damage to their own property, they must have a supplementary policy covering damage, a damage insurance. If so, the insurance company must cover the cost of the damage caused by the fire, whether it was caused by a squatter or not.

This covers all the basics including damage from theft, fire, water, snow, hail etc.

Property prices in France have increased by up to 19% in 2021: how has your region fared?