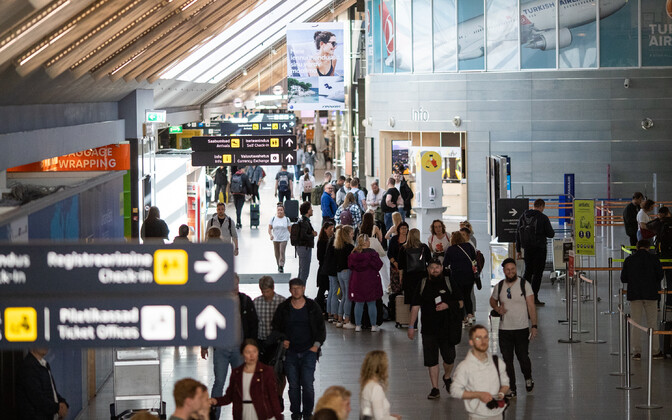 Fear of war has deterred many American and Asian tourists from traveling to Estonia, while European tourists do not seem to be in short supply. The director of the Estonian Tourist Board, Liina Maria Lepik, described the number of visitors as satisfactory.

“We really can’t complain in the current situation because tourists have rediscovered Estonia. We are particularly happy to see the return of Finns. Latvians have also broken records for the first time in a long time,” Lepik said. .

The war in Ukraine had an effect on German tourists who became more cautious when traveling. Lepik said the Estonian Tourist Board has been busy explaining that Estonia is still a safe destination.

“Estonia is not at war, Estonia is a member of NATO and belongs to the EU – we had to do a lot of explaining along these lines to allay the fears. We hope that awareness has taken root now,” Lepik said.

Age Põder, partner relations manager for travel agencies Go Travel, said that although tourism indicators are rebounding, many group trips were canceled when the war started.

“At least half. We saw a wave of cancellations when the war started. But the good thing is that people are keeping the door open to come to Estonia one day. The projects that were put on hold when Covid hit are also dusted,” suggested Põder.

Liina Maria Lepik said there was optimism as summer approaches as Europeans are bold travellers, war fears ease and trips canceled due to coronavirus are postponed. ‘agenda.

“This summer will see revenge travel – I will make up for all the years of travel I missed. We may also see countries like Spain and France breaking records in Estonia,” Lepik said.