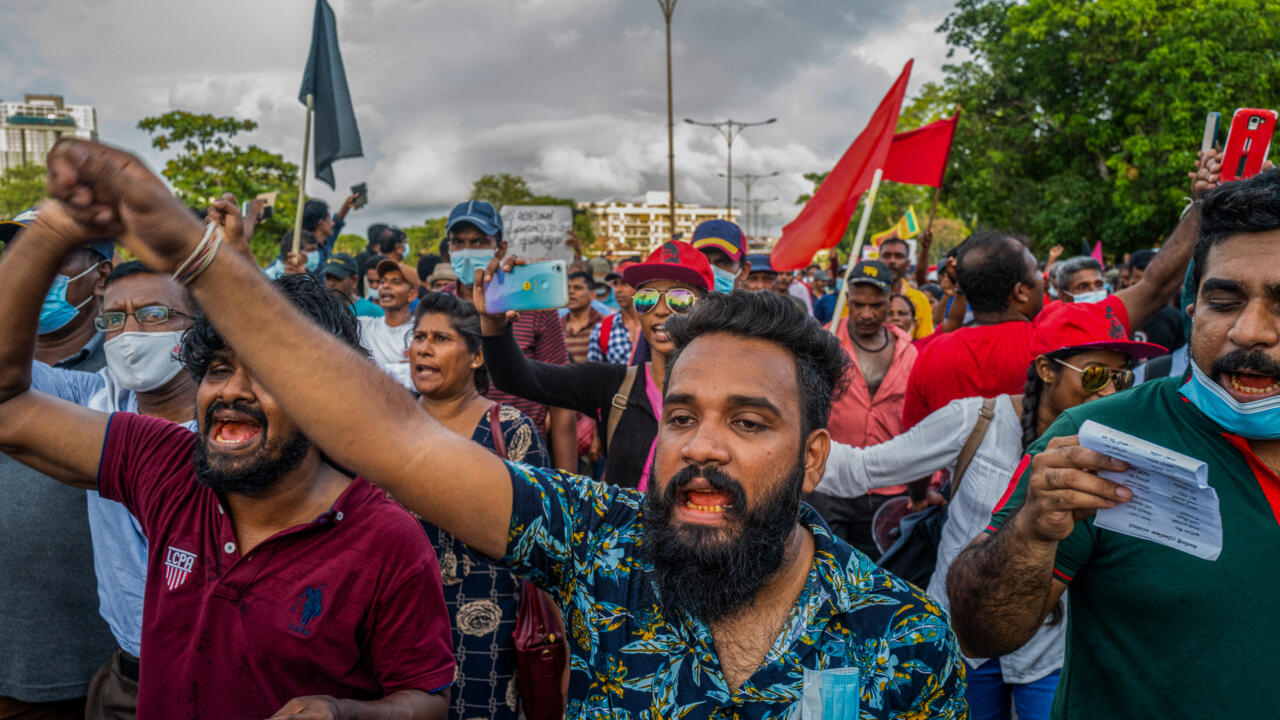 First killing by police during protests in Sri Lanka

The island nation is in the grip of its most painful economic downturn since its independence in 1948, with severe shortages of essentials such as fuel and regular breakdowns causing widespread misery.

Huge protests have called for the resignation of the government, which is preparing to negotiate an urgent rescue plan with the International Monetary Fund.

Police fired live ammunition into a crowd that had blocked a highway in the central town of Rambukkana to protest oil shortages and high prices, hospital and police officials told AFP.

The protest was one of many spontaneous rallies around Sri Lanka on Tuesday, after the country’s main petrol retailer hiked prices by nearly 65%.

Tens of thousands of angry motorists in various parts of the country blocked arteries with mounds of burning tires to condemn the movement.

In the capital Colombo, a large crowd of protesters held a camp outside President Gotabaya Rajapaksa’s waterfront office for more than a week, demanding the leader resign.

Doctors at Sri Lanka’s main children’s hospital also staged a protest on Tuesday against a severe shortage of medicine and equipment.

In a bid to address growing calls for the resignation of his entire government, Rajapaksa appointed a new cabinet on Monday and acknowledged public anger at the ruling family’s mismanagement.

“People are suffering because of the economic crisis and I deeply regret that,” the president said on Monday.

Sri Lanka is requesting three to four billion dollars from the IMF to overcome its balance of payments crisis and increase its depleted reserves.

Dozens of Rajapaksa lawmakers turned against the administration and took seats on the opposition benches in parliament on Tuesday.

The government has urged citizens abroad to donate foreign currency to help pay for basic necessities after announcing a default on all of its external debt.

A government delegation is in Washington to open bailout talks with the International Monetary Fund starting Tuesday.