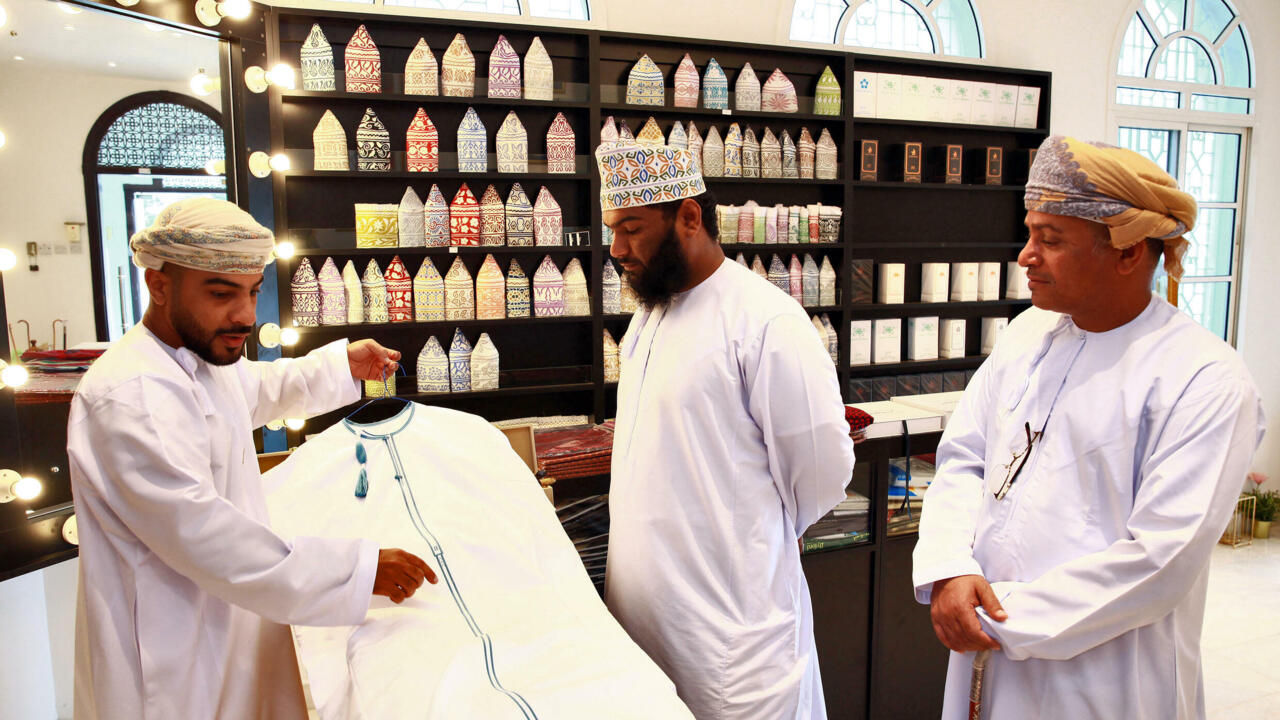 Muscat (AFP) – A wave of foreign imitations and alternative styles has prompted Oman to take strong action to preserve its unique national costume, threatening thousands of dollars in fines for men who wear the wrong kind of dishdasha.

Dishdashas, ​​the long, elegant dresses that characterize the Gulf sultanate, have fallen prey to high hemlines and elaborate embroidery, with some wearers also opting for multicolored designs.

The Department of Trade and Industry said the design of the dishdasha was based on “certain criteria”, stipulating that it should be primarily cotton with embroidery only on the collar, front slit and cuffs.

“The fabric should be one color,” a ministry official told AFP, adding that white or neutral colors were preferred.

A person or manufacturer caught violating the dress code will be fined 1,000 Omani rials ($2,600), or double that for a second violation.

Although similar to the ankle-length dresses worn by men in neighboring countries, Oman’s dishdasha is distinguished by its subtle embroidery around the neckline (mahar) which continues into a central front slit (shaq) on the chest .

In other Gulf countries, including Saudi Arabia and the United Arab Emirates, the long-sleeved dress is usually plain white and worn either with a white keffiyeh headdress or a red and white checkered headdress.

Omani men usually wear an embroidered rimless round cap (kumma) or a turban-style headdress, known as a massar, to complete their look.

The striking ensemble is a distinctive part of life in Oman, an ancient land known for its rich heritage, scenic coastlines and stunning mountains.

In a conservative country where criticism of the authorities is rare, some residents of the capital Muscat said that while the recent announcement could be seen as an attack on individual freedoms, they understood the need to preserve national identity.

“The decision may be good for setting certain standards but is contrary to individual freedoms,” said Ouahib al-Jadidi, a 36-year-old entrepreneur.

“There are men who want to wear dishdashas that suit their own tastes, but this decision will prevent them from doing so.”

Nabegh al-Qarni, owner of a store that sells men’s dishes and accessories, said changes to traditional attire had become noticeable.

“Among the most noticeable changes are the shortening of the dress or larger patterns and embroidery,” the 35-year-old told AFP.

“We have also seen different dishdasha colors, instead of the traditional white, brown or black,” he said, adding that Omani society, especially the older generation, is opposed to this type of change.

The effort to preserve Omani culture in the face of changing tastes comes as the country grapples with social and economic changes, introducing measures to attract foreign investment as it tries to reduce its dependence on oil.

These include developing its tourism industry, as well as issuing long-term residence permits to foreigners – who make up 40% of its 4.5 million people – while reserving certain jobs for citizens.

Omani economist Khalfan al-Touqi said the dishdasha was not only symbolic of the people and their heritage, but also had “great economic significance”.

“Recently, many traders have brought in dishes from overseas, China and India, which often spoil the dress,” he said, adding that the new measures are also intended to encourage retailers to buy. from local factories.