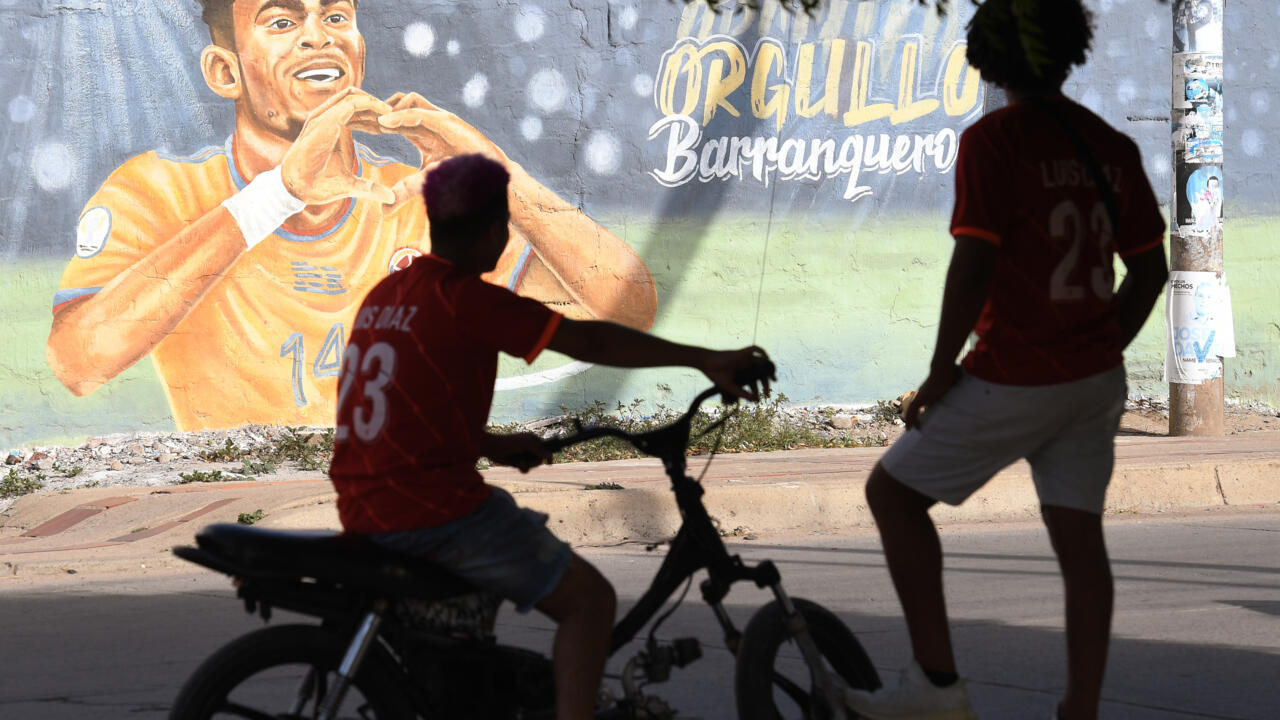 Barrancas (Colombia) (AFP) – Running barefoot over a bowl of dusty terrain, a young indigenous Colombian started kicking a ball more than 20 years ago. Now he is on the verge of becoming European champion.

In the town of Barrancas, where nearly half the population is from the indigenous Wayuu community, everyone remembers how shy “Luisfer” would never tire.

Liverpool’s new star, Luis Diaz, has emerged from this desert hinterland in the northern department of La Guajira which borders the Caribbean Sea to the northwest and Venezuela to the southeast, to become a national phenomenon.

From an early age, Diaz, whose father Luis Manuel was a coach at the only football school in the small town of 38,000, stood out for his speed, tenacity and ability to weave his way between opponents with the ball at his feet.

In just four months since Liverpool signed Diaz for an initial €45m ($48.1m) from Portugal from Porto, he has taken English football by storm.

With six goals in 25 appearances for the Reds, he has already helped his new side win the League Cup, FA Cup and reach the Champions League final against Real Madrid on Saturday.

For his uncle Yelkis Diaz, the winger’s success is down to his indigenous Wayuu ‘tradition’.

The means of transport for the impoverished community “is walking, jogging…running”, he told AFP.

Thousands of miles from England, Diaz’s family and friends watch with excitement every time he gallops down the wing for Liverpool.

It is the first time that an indigenous Colombian has reached the football elite in a country whose biggest sports stars are usually from the Afro-Colombian community on the Pacific coast and whose indigenous population is only 4, 4% of 50 million.

Young people in Barrancas have few options other than working for multinationals operating El Cerrejon, the largest open-pit coal mine in Latin America.

Diaz often walked the city pitch barefoot and wore the shirt of local club Barrio Lleras for which his father played.

Playing in “almost impossible” conditions is what forged his talent, says his uncle.

“Running and controlling a ball where there are stones, holes, dirt” is not easy and many have given up on the dream.

La Guajira is Colombia’s poorest department with more than two-thirds of the population living in poverty.

More than 5,000 children have died of starvation there in the past decade, according to the main indigenous organization.

When he returns home, Diaz takes off his shoes for a nostalgic feel for his native land.

He was last at home in July 2021, welcomed by the whole city, following his starring role at the Copa America in which he finished co-top scorer alongside global superstar Lionel Messi.

In a recent interview, Diaz said his playing style shows “my roots, where I grew up”.

Colombian great Carlos Valderrama was in the stands scouting the talent he would choose for an indigenous team to represent Colombia in a continental tournament in Chile.

Diaz and his best friend Daniel Bolivar, an attacking midfielder, made the team and would be the stars of it.

“In these villages so lost for the sport, impressing Valderrama “was something that really motivated us,” Bolivar said.

Once compared to Colombian star James Rodriguez, Bolivar has not followed Diaz’s path and now works as a machinery operator in El Cerrejon.

Thanks to Diaz’s success, the local government of Barrancas started building synthetic pitches. Grass pitches are impossible in this arid landscape where running water is only available three days a week.

Diaz’s profile has put his home department on the radar of scouts keen to find the next hidden ‘star’ on the La Guajira Peninsula.

Before Diaz, the region’s biggest name was Arnoldo Iguaran, a player who started his career in the late 1970s and was Colombia’s top scorer when he retired in the 1990s until to be overtaken by Radamel Falcao in 2015.

John Angarita, the president of FC La Guajira, opened its doors to the young natives of Barrancas whose “physical strength” allows them, according to him, to run the whole match without getting tired.

His football school has 70 youngsters, some from families displaced by Colombia’s interminable half-century conflict, dreaming of following in Diaz’s footsteps.

“Seeing it on TV and thinking I could be there is very motivating. A lot of people are taking note of the Wayuu and the indigenous culture,” said 23-year-old FC La Guajira defender Denilson Pushaina.