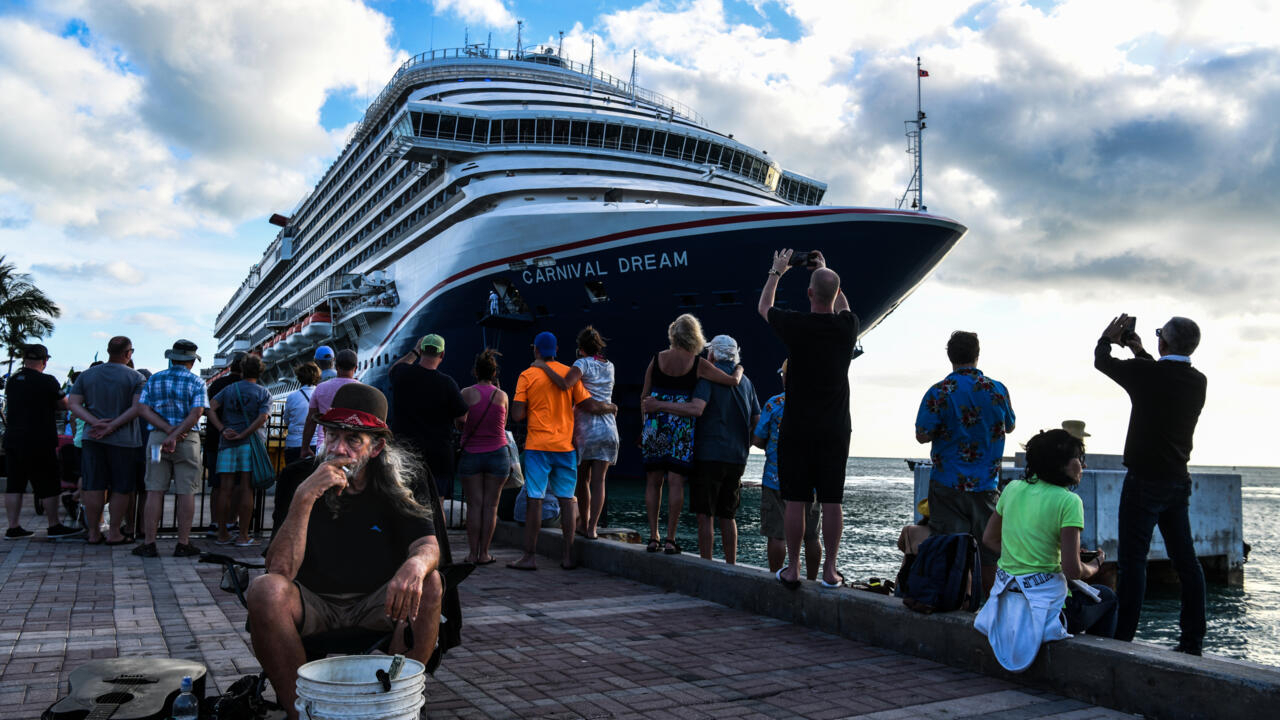 Key West (United States) (AFP) – The island city of Key West, off the southern tip of Florida, invites visitors to take a slow stroll, enjoy the turquoise waters and watch the sunset. But according to some locals, this idyllic peace is threatened by cruise ships loaded with tourists.

After a long local battle, the number of cruise tourists is now down, but many locals say there is still a lot to do.

While many businesses depend on the tourist crowds, residents like Arlo Haskell find the ships a nuisance and believe they are causing environmental damage. As a result, he founded the nonprofit Safer Cleaner Ships.

“These cruise ships are an extractive industry that takes advantage of the beauty of Key West while undermining that beauty and degrading everyone else’s experience,” Haskell said.

In 2020, his association proposed three local referendums: one to limit the size of cruise ships, another to allow no more than 1,500 people a day to disembark and a third to be able to ban the most environmentally damaging boats. .

The three proposals, each approved by 60 to 80% of voters, were ratified by the city council. It was a victory for Haskell – or so he thought.

Then in June 2021, Florida Gov. Ron DeSantis signed legislation suspending the measures, arguing that voters could not meddle in maritime commerce matters.

According to the Miami Herald.

Reports have shown that cruise ship suspensions during the pandemic have not sunk local finances.

Hotels and restaurants appear to have benefited as Florida promoted its open businesses amid the pandemic while other states imposed rules and closures.

The city administration decided last month that since Key West cannot limit the number of cruise ships, it would close its two public docks.

Now, cruisers can only park at private Pier B, which only accommodates one cruise ship per day. The era of two to three ships arriving daily is over.

This decision was a blow for some companies.

Although cruise passengers only spend a few hours in the city and usually eat before disembarking – generating little revenue for restaurants and hotels – they buy souvenirs and snacks.

Visitors love the tchotchke shops, ice cream parlors and tourist destinations, such as the Ernest Hemingway House and Museum where the American writer lived between 1931 and 1939, according to Mayor Teri Johnston.

One morning this week, the streets of Key West were almost deserted. Vanessa Wilder manned her downtown bike rental stand, waiting for the first passengers to disembark from a newly arrived cruise.

“The main shops and bars here, we thrive on these cruise ships,” she said.

“If we didn’t have them, a lot of businesses here would have to close.”

Despite his victories, Haskell argues things should go further, with cruise ships at the private dock not allowed to exceed a size specified by residents.

The boats, according to Haskell “do enormous damage to our ecosystem” by obscuring the water, which endangers the survival of corals.

But Scott Atwell, spokesman for the National Oceanic and Atmospheric Administration in Key West, said the evidence was not so clear.

“We don’t have specific studies to know if cruise ship turbidity is different from natural turbidity and if ship channel turbidity is reaching our coral reefs in a detrimental way,” he said.

In the meantime, the Key West City Council has decided to monitor water quality and also support coral restoration as part of an initiative that charges Pier B a fee for disembarking passengers.

“We don’t want to get rid of cruise ships but bring them down to a moderate level so that we have good economic conditions and also have a good quality of life for our residents,” said Johnston, the mayor.