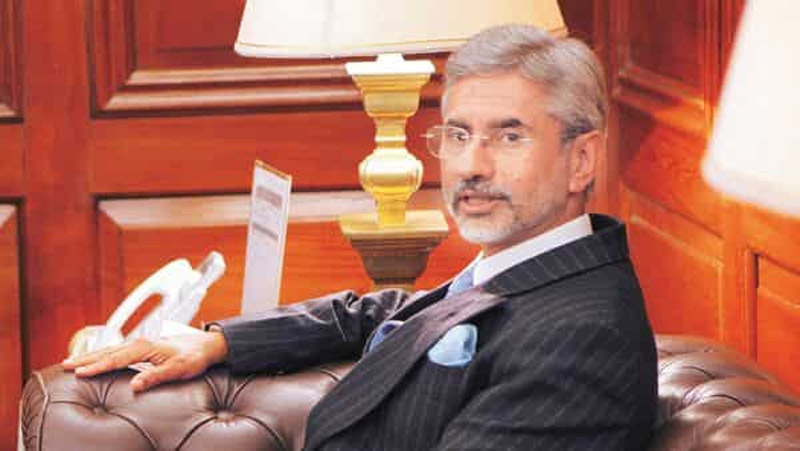 NEW DELHI, September 14: External Affairs Minister Dr. S. Jaishankar on Wednesday confirmed that the disengagement between Indian and Chinese troops in Gogra-Hot Springs (PP 15) area has been completed and called it a “problem less”.
“I recognize that we had a disengagement at PP 15. The disengagement, as I understand it, has been completed and it is one less problem at the border,” he told a press conference. with French Foreign Minister Catherine Colonna after their ministerial meeting.
The disengagement process between Indian and Chinese troops in the Gogra-Hot Springs area (PP-15) began on September 8 at 08:30 and was completed on September 12.
The reliefs would have been restored to the pre-standoff period by both sides. Both sides ceased their forward deployments in this area, which resulted in the return of troops from both sides to their respective areas.
According to the agreement reached between the two countries, the LAC in this area will henceforth be strictly observed and respected by both parties, and that there will be no unilateral change of the status quo.
Responding to a question about China repeatedly coming to defend feared terrorists and thwarting India’s attempt to put them on the UN Security Council’s list of designated terrorists, Dr Jaishankar said that the Listing of terrorists is done because terrorists pose a threat to the entire international community.
“So it’s not something that countries necessarily do in pursuit of a narrow national agenda. If someone is blocking registration especially in cases where the merits of moving forward are very clear , I think they’re doing it frankly at the risk of their own self-interest and their own reputation,” he said.
The Minister of Foreign Affairs also appreciated France for its “clear position on the challenge of terrorism”. On China’s aggressive behavior and muscle flexing in the Indo-Pacific and elsewhere, French Foreign Minister Catherine Colonna said France and India share the same concerns on the issue.
“We have talked a lot about the general situation in the Indo-Pacific and the many challenges that have arisen because of China. We have the same analysis. We share the same concerns,” she said. “We know the kind of role the Chinese are playing and we want to make sure there is no imbalance in the Indo-Pacific.
We will continue to do our best. We want to make sure there is a balance of power so that we can continue to support each other. So that each of us can develop strategic autonomy,” she added.
Colonna said France also wanted to ensure stability and peace in the Indo-Pacific and elsewhere. Jaishankar said India sees France as a very Indo-Pacific player and also as a country that has a long-standing presence in the Indian Ocean.
“It is important that like-minded countries contribute to ensuring peace, stability, security, prosperity and progress,” he said in the context of the Indo-Pacific region.
The External Affairs Minister said that they had discussed Ukraine in detail during the ministerial meeting and he reiterated India’s position saying, “What is important is that there is a return to dialogue and diplomacy”.
The end goal which is a return to the negotiating table is something we share, Jaishankar added. The world is multipolar and we think that’s a good thing, he added. Dr Jaishankar described his ministerial meeting with his French counterpart as “exceptionally good and productive”. (UNITED)