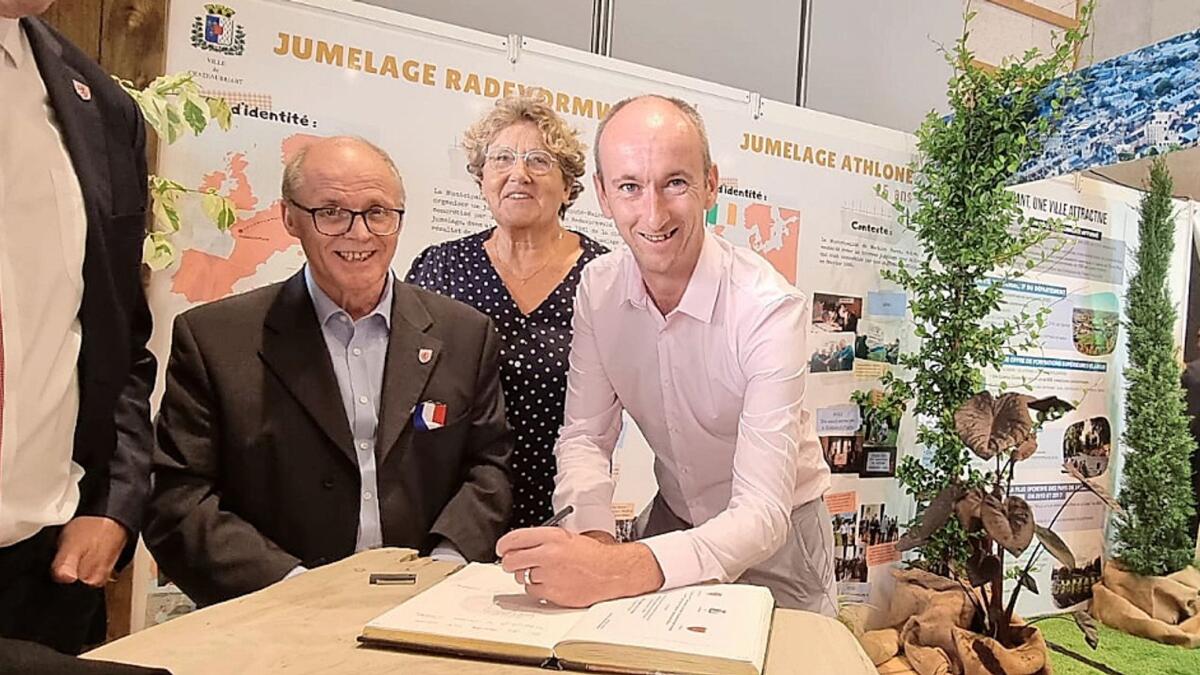 Twenty-seven years ago, a twinning relationship was established between Athlone and the French town of Châteaubriant.

Last weekend, the Mayor of the Municipal Borough of Athlone Moate, Ballymore man Cllr Vinny McCormack, met the Mayor of Châteaubriant and the President of the Community of Communes of Châteaubriant-Derval, Alain Hunault to renew the twinning between the two municipalities.

The visit to the twinning coincided with the Foire De Béré in Châteaubriant, a historic fair that has taken place every year since 1050.

Cllr McCormack and members of the Athlone twinning committee were welcomed by the Mayor of Chateaubriant on Friday September 9th at a reception to celebrate 27 years of twinning between Athlone and Chateaubriant.

The event also celebrated 40 years of twinning between Radevormwald in Germany and Châteaubriant and the three delegations reflected on the importance of creating links between communities, cities and regions in Europe.

On Saturday September 10, Cllr McCormack and the Athlone delegation attended the inauguration of the De Béré Fair.

The fair is considered one of the oldest in France and its origins officially date back to 1050. It takes place over four days and attracts 40 to 50,000 visitors for agricultural and commercial exhibitions on a 10 hectare site.

Cllr McCormack said he was honored to represent Athlone and expressed his gratitude to Mayor Hunault and all of his officials.

Cash Advance Apps vs Payday Loans: Which is Better?