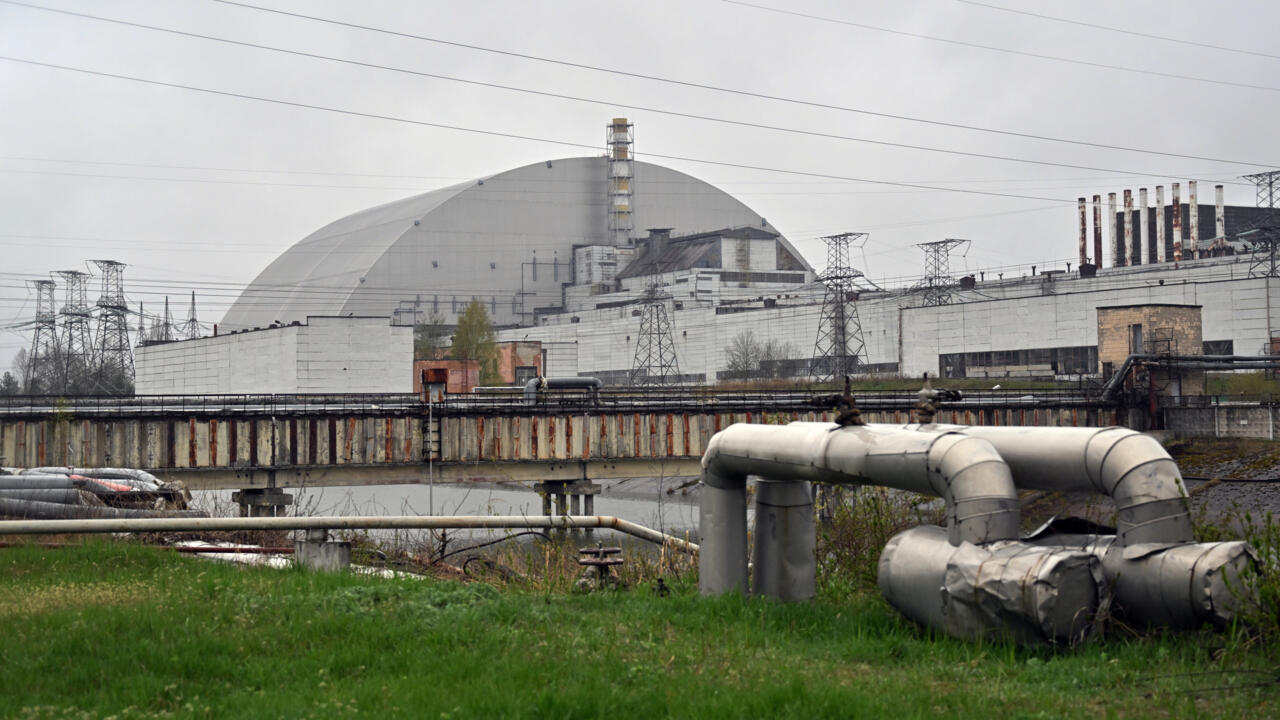 Chernobyl celebrates its anniversary in the middle of the war

Chernobyl nuclear power plant (Ukraine) (AFP) – The road to Chernobyl is still littered with ration boxes abandoned by Russian soldiers and the occasional empty bullet shell in a subtle but heartbreaking warning of the terrible risk of invasion to the infamous nuclear site.

Tuesday marked the 36th anniversary of what is considered the worst nuclear disaster of all time, and there was relief that the so-called towering sarcophagus covering the radioactive remains of the reactor was back under Ukrainian control.

Soldiers cradling their assault rifles watched checkpoints – including one with an effigy dressed in Russian fatigues and a gas mask – guarding the way from kyiv to the sprawling site near the border with Belarus.

Still, concerns are far from over for atomic sites in Ukraine as Russia’s invasion of its neighbor continues.

Authorities even said Tuesday that missiles flew low over a nuclear power plant during a close call in the southern city of Zaporizhzhia.

“They (the Chernobyl staff) continued their work, despite (of) all the difficulties… They stabilized the situation, so to speak, in that sense, the worst was of course avoided,” the chief said. of the UN Atomic Surveillance, Rafael Grossi. told reporters upon arrival in Chernobyl.

“We don’t have peace yet, so we have to continue. The situation is not stable. We have to be on alert,” he added, noting that the invasion was “very, very dangerous.”

The plant, which fell to the Russians the day troops from Moscow began their invasion in February, suffered a power and communications blackout that raised fears of a possible new calamity at the site.

These concerns date back to the events of April 26, 1986, when Chernobyl’s number four reactor exploded, causing the world’s worst nuclear accident that killed hundreds and spread radioactive contamination across Europe.

The number four reactor building is now enclosed in a massive double sarcophagus to limit radioactive contamination, and an area stretching 30 kilometers (18.5 miles) around the plant is considered the “exclusion zone” which is mostly uninhabited, according to nuclear authorities.

Rows of aging and abandoned apartment buildings dot the road to the site yet some have light curtains and plants in the windows, while a kiosk labeled ‘Chernobyl Tour Info’ greets people heading to the plant.

The bullet-shattered glass of the nuclear-yellow painted hut bears the signs of the war that began on February 24 that has drawn international condemnation of Russia and support for Ukraine.

In a sign of a more touristy era, “Ice Cream Chernobyl” is stenciled on the side of a fridge at the kiosk – with a graphic of a vanilla cone and the radiation warning symbol side by side.

Russian troops who could have easily passed the grandstand on their way south toward kyiv had planned to stay in Chernobyl, Ukrainian officials said.

Soldiers dug trenches and set up camps, but in areas like the so-called ‘Red Forest’, named after the color its trees turned after being hit by a heavy dose of radiation during the collapse of Chernobyl in 1986.

It is a site that has attracted considerable international interest due to the scale of the disaster. The original Soviet-era sarcophagus deteriorated over the years, so a new one was built over it and was completed in 2019.

But for some residents of the region, the risk is only a reality.

“If they (the Russians) wanted to blow it up, they could blow it up by running away,” noted Valeriy Slutsky, 75, who said he was present during the 1986 plant disaster.

“Maybe I’m used to it (to radiation),” he added with a shrug.