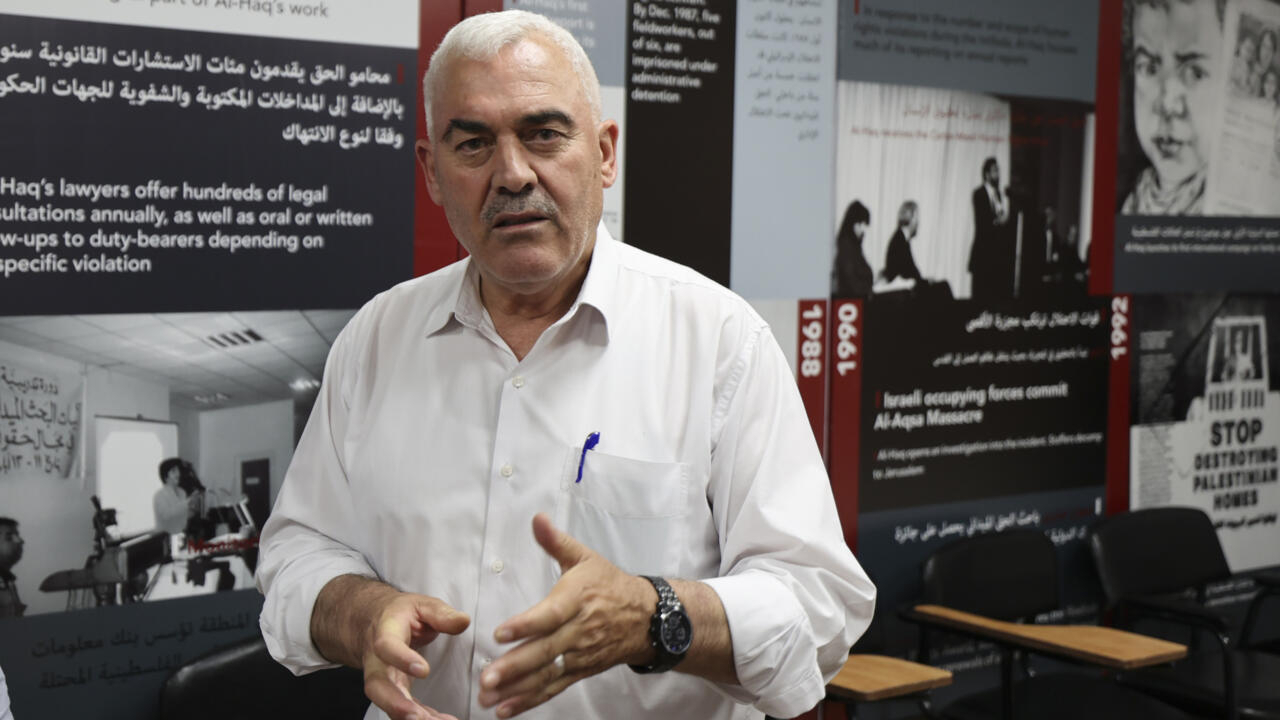 Bring it on, says provocative dean of Palestinian NGOs

Ramallah (Palestinian Territories) (AFP) – Veterans’ rights activist Shawan Jabarin gazes down the street from his office in the occupied West Bank, as if awaiting the imminent arrival of Israeli forces after a crackdown on NGOs.

“I don’t like going to jail, but if that’s the price to pay for standing up for human rights and continuing to speak out against the oppressive regime, I’m ready for it,” said Jabarin, 62. years, dean of the small world of Palestinian non-governmental organizations.

On August 18, Israeli forces raided the offices of Al-Haq, the legal organization that defends Palestinian rights and is headed by Jabarin, and six other NGOs in Ramallah.

The move came 10 months after Israel’s Defense Ministry designated Al-Haq and other NGOs as “terrorist” organizations, due to their alleged links to the Popular Front for the Liberation of Palestine (PFLP), a left-wing militant group.

The allegations have been dismissed by the organizations, which say Israel is trying to silence Palestinian rights advocates.

Since the raid, Jabarin said he received a series of phone calls from an Israeli intelligence officer identifying himself only as Fadi and asking him to stop working with a “terrorist organization”.

Israel’s Shin Bet intelligence service did not respond to AFP inquiries about the phone calls.

“It’s beliefs, it’s international law and human rights – we have to live up to our commitment.

“This is a moment of truth, and we have to decide, but maybe we will pay a personal price,” he added.

Jabarin began as a field researcher for the organization in the 1990s, when he was repeatedly placed in administrative detention – an Israeli measure under which people can be held without charge.

These prison stints followed a nine-month prison sentence after he was convicted in 1985 of recruiting for the PFLP.

Another Palestinian NGO worker, lawyer Salah Hammouri of the prisoner support group Addameer, has been jailed since March under the controversial measure.

Appointed director of Al-Haq in 2006, Jabarin led a campaign to label Israel’s treatment of Palestinians as an “apartheid” system.

This characterization, which Israel vehemently denies, has been embraced by global rights groups Amnesty International and Human Rights Watch.

Jabarin said his organization “crossed a red line” by using the term apartheid, which he said prompted the designation of terrorism.

“They came up with the idea of ​​using their heavy hands as a political state and declaring us a terrorist organization.

“They did it to discredit us and instill fear in our partners and funders.”

Nine European nations have pledged to continue funding Al-Haq and other rights groups banned in the Jewish state.

“(Israel) hasn’t listened to us so far, so why should we think our condemnation will make a difference this time?” a European diplomat told AFP on condition of anonymity.

If Jabarin is arrested, the international community is “fully aware that issuing a statement would not be enough”, said Sahar Francis, director of Addameer, which Israel has also designated as a “terrorist” group.

“Now is the time to act,” added Francis, a longtime Jabarin associate who she says is willing to “pay a heavy price” for his beliefs.

Jabarin, who along with other NGO leaders has received support from 45 Israeli organizations, said he had no alternative but to continue leading Al-Haq.