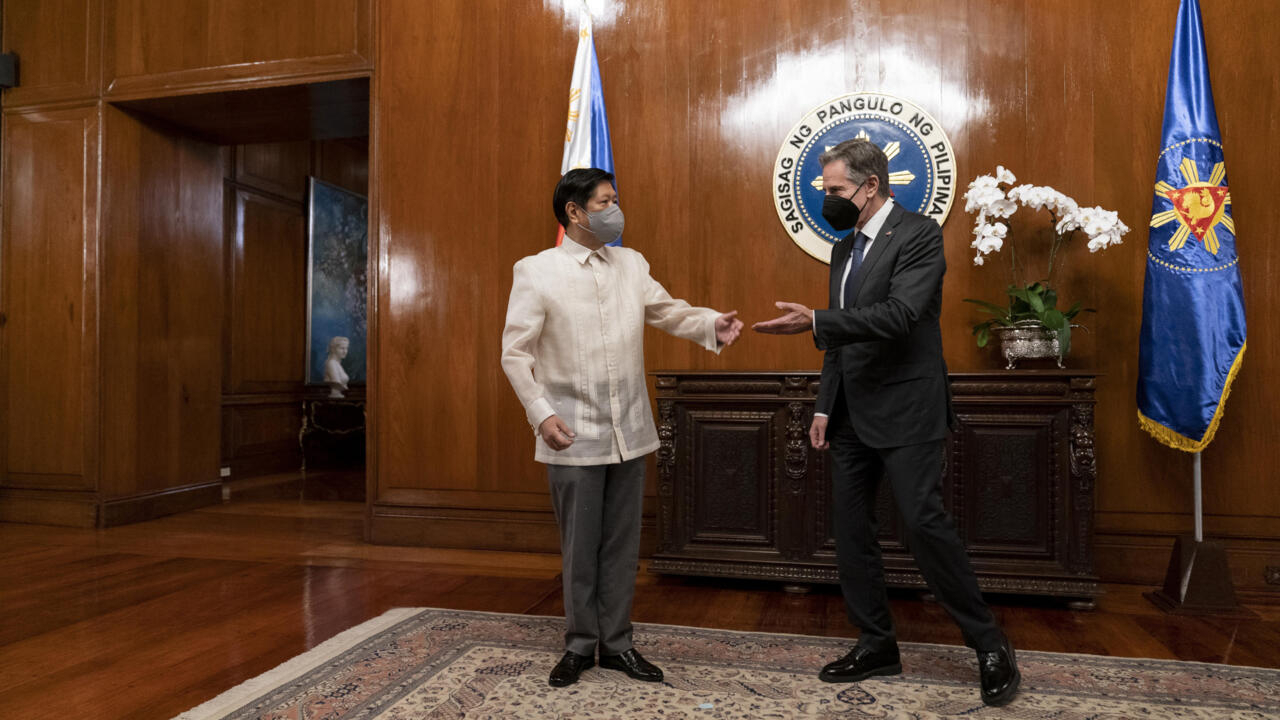 Blinken is the most senior US official to visit the Southeast Asian nation – a treaty ally of the United States – since Marcos took office on June 30.

“The alliance is strong and I believe it can get even stronger,” Blinken told Marcos as they met at the presidential palace in the capital Manila.

Marcos hailed the “special relationship” between the two countries.

The United States has entered into a security pact with the Philippines and has supported its former colony in increasingly heated disputes in the South China Sea with Beijing.

Blinken’s meeting with Marcos came after China launched a series of massive military exercises around Taiwan that were condemned by the United States and other Western allies.

In drills on Thursday and Friday, China fired ballistic missiles and deployed fighter jets and warships around Taiwan, about 400 kilometers north of the Philippines. The war games are due to continue on Saturday.

The People’s Liberation Army has also declared several no-go danger zones around Taiwan, straddling major shipping lanes and within 20 kilometers (12 miles) of the island’s shores in some places.

The moves came in response to a visit to Taiwan by US House Speaker Nancy Pelosi that sparked furor in China.

Marcos said Pelosi’s visit only demonstrated the existing “intensity” of the conflict, rather than heightening tensions.

Blinken arrived in Manila on Friday evening after attending the Association of Southeast Asian Nations summit in Cambodia.

There he condemned the Chinese military exercises as “a significant escalation”.

Like other ASEAN members, the Philippines does not officially recognize Taiwan and has shown no appetite to support Taipei against China.

The Philippine Foreign Ministry said on Thursday it was “concerned about rising tensions” in its north and called for “restraint by all parties”.

“Diplomacy and dialogue must prevail,” he said in a statement.

The United States has a complex relationship with the Philippines – and the Marcos family.

After ruling the former American colony for two decades with the support of Washington, which saw him as a Cold War ally, Ferdinand Marcos Sr. went into exile in Hawaii in the face of mass protests and nudges from the United States. United in 1986.

As regional tensions rise, Washington is keen to preserve its security alliance with Manila, which includes a mutual defense treaty and permission for the US military to store defense equipment and supplies at several Philippine bases.

It also allows US troops access to certain military bases in the country.

Marcos said he would strike a balance between China and the United States, which is vying for the closest ties to his administration.

US relations rebounded with Manila towards the end of the tenure of Marcos’ predecessor, Rodrigo Duterte, who fought a brutal war on drugs that rights groups say claimed tens of thousands of lives.